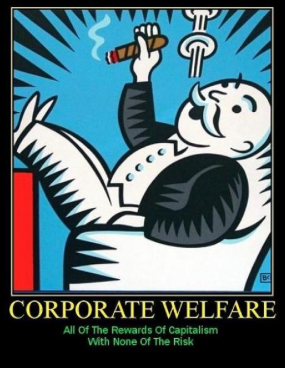 The Government has just announced another $10m for petroleum data to be secured and supplied to the oil industry, paid for by, yes you. If it looks like a subsidy and acts like a subsidy – it is a subsidy. In this case a subsidy to find more oil we can’t afford to burn if we don’t want to cook the climate.

Steven Joyce’s Ministry of Business, Innovation and Employment latest science investment round just announced it will give GNS $2.4m a year over four years to ‘develop new workstation-ready data products for the exploration industry.’ I know the oil industry is facing a low oil price at the moment but it’s hard to believe one of the world’s largest and most profitable industries needs a to go cap in hand to the taxpayer for a hand-out. This comes on top of $25m in previous years, $46m in annual tax breaks and benefiting from the forth-lowest tax plus royalty rate in the world.

It’s another case of picking winners in last century’s economy and indicative of the Government’s science priorities that this one grant was by far and away the biggest recipient of the total $96m science investment round. In fact, the average amongst the 48 successful applicants was $500,000 a year and this oil application received $2.4m. To put this in context, over the four years of funding these oil funds could have housed approximately 375 refugees at current rates, paid for 500 hip operations or put solar panels on 1000 homes. I support increased spending on science and innovation particularly since we are ranked in the bottom half of the developed world but how is giving petroleum data to oil companies at all innovative?

I’m sure Government’s response is ‘don’t fret, this time there’s co-funding from the oil industry.’ Ever the master negotiator, Steven Joyce has secured $100,000 a year from global oil giants like Shell and Anadarko to match the taxpayer’s $2.4m a year.

One answer they don’t have is – where is the oil? The Government has spent millions attracting oil companies to explore for oil, including ridiculously lavish hosting of oil executives, subsidies and tax breaks and they even called out the Navy and changed the laws when protestors got in the way but for all this there’s no new oil find. All along this was a Beverly Hillbillies-inspired gamble that took economic management to new levels of laziness. They wasted taxpayers’ funds in a so far futile hunt for black gold and rejected calls to transition to a clean energy economy. Perhaps we’ve dodged a climate bullet not striking oil though. Scientific experts and the International Energy Agency advise we can’t even afford to burn 70% of the oil we’ve already discovered if we want a safe climate let alone trying to burn more from deep off our coasts.

It’s time to call it quits on throwing taxpayers money to find more oil that can’t be found and we couldn’t afford to burn anyway.