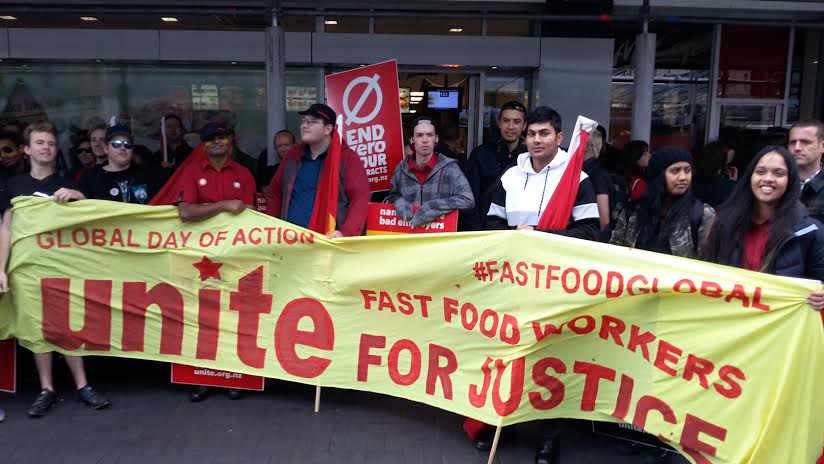 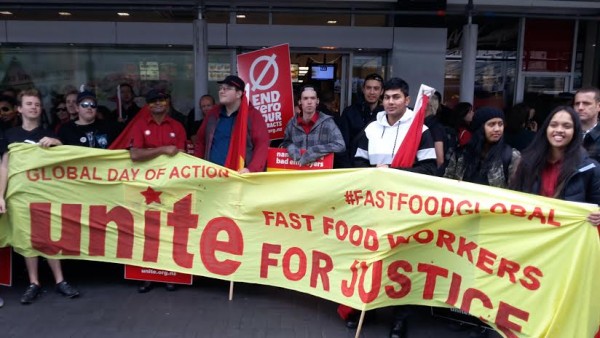 This is the first of a series of articles based on a speech to a conference sponsored by the Child Poverty Action Group looking at work and welfare in the 21st century.

Over the last three to four decades there has been a huge expansion of casualised work across the globe.

A recent International Labour Organisation (ILO) report found that only one in four workers had a stable job.

“The rise in informal employment, undeclared and temporary work arrangements, as well as involuntary part-time work, has contributed to the widening of income inequalities, which have been recorded in the majority of countries” noted Guy Ryder ILO director General.

In NZ the Council of Trade Unions (CTU) reports “At least 30% of New Zealand’s workers – over 635,000 people – are in insecure work. We believe it may well cover 50% of the workforce. 95,000 workers have no usual work time, 61,000 workers have no written employment agreement, 573,000 workers earn less than the Living Wage and almost a quarter of a million Kiwi workers say they have experienced discrimination, harassment or bullying at work.”

As the CTU comments: “Whether we call it casualisation, precarious work, temporary, or non-standard work – it means that workers have worse conditions, less security, less say and are more vulnerable. That may suit the boss – but it is unfair and does not work for workers.”

We discovered a world of insecure work, no guaranteed hours, with workers completely at the whim of the boss to use and abuse as they saw fit.

We have been fighting tooth and nail for a decade to change these practices. Progress was made in many areas but we found the one issue the employers refused to budge on was what they called “flexible rostering”.

Only this year when we named the reality of life for our members as “zero hour contracts” did we get the breakthrough in the media and public consciousness needed to force the employers to finally end this practice.

When I started organising workers I was genuinely shocked at how far the basic rights of working people had been pushed back.

I grew us in a world completely different. We had full employment so that I could work full time in every school or university vacation from the age of 15. I could pick and choose part time work during term time. I worked in freezing works, a glass factory, warehouses, construction sites. I had union protection on every job I ever worked at until the 1990s.

During the relatively brief periods of unemployment I had access to an unemployment benefit. I remember as a 16 year old getting $15 a week. That was equal to the rent of a three bedroom Mt Eden home. I know that because I paid $5 a week for a big double room.

Health care and education were free in reality not just theory. Accessibility was an issue but I still managed to get a relatively minor nose job done in a public hospital.

The ruling rich hated this world and sought to destroy it. The sad truth is they have been largely, though not completely, successful.

Technology helped this process from the bosses viewpoint. Computers and the software needed for just in time manufacturing suited just in time rostering as well. They knew that having workers desperate for hours strengthens the bosses hand. It is very difficult for workers to assert their rights to fair treatment, appropriate breaks and join a Union when the boss can retaliate by cutting hours.

But technology required a fundamental change in class power relationships for it to be used effectively. The bosses had to break the power that working people had accumulated during the three decades of economic expansion following World War II.

That expansion and the reduced levels of unemployment, as well as the fear of the Soviet Union, saw the rulers of the advanced capitalist countries in Europe, the US, Japan and Australasia make many concessions – including many of the main features of the Welfare States as we know them – that they regretted and sought to reverse as soon as conditions allowed.

Those conditions to reverse gains made by working people followed the period of renewed economic crises from the mid 1970s that reproduced a reserve army of unemployed. Mass unemployment could be used to break unions and tame workers.

It is much harder to go on strike or tell the boss to shove it when there is a queue of workers outside the doors wanting your job. Bosses love it when they can point to the unemployed and threaten you with being replaced if you get too uppity.

The goal of the bosses was simple – to reduce real living standards of workers by reducing wages and dismantling welfare – especially assistance to those who could not work.

The combination of anti-union laws and a long recessions during the late 1980s and early 1990s saw union coverage in the private sector reduced from 50% to 10% of all workers.

Real wages in New Zealand were cut 25% by the early 1990s and have only recovered a little (if we use the Quarterly Employment Survey) or not at all (if we use the Labour Cost Index) to measure changes since then.

To help the process of cutting wages the minimum wage was frozen for 8 of the nine years in government for the 1990 National Government. The one year there was an increase was when Winston Peters was in coalition. The real vale of the minimum wage dropped from 50% of the average wage to 30%.

Between 1978 and 2011, aggregate labour productivity in New Zealand grew by an average of 2.73% a year according to a recent Productivity Commission report. At that rate each individual worker is producing twice as much output every 25 years.

Not surprisingly, as a consequence of this process, there has been a massive shift of wealth from workers to bosses.

The July CTU Economic Bulletin calculates that “labour share of income fell from approximately 60% of income in early 1980s to 46% in 2002 – a loss to wage earners of about a quarter of aggregate income. It then recovered to around 50% – a sixth lower than the 1980s. In current dollar terms, that is a loss of about $19bn per year or $10,000 per wage earner per year. The present value of the loss over that period is estimated at between $660bn (invested in term deposits) and $1,200bn (paying off mortgages) or 3 to 5 times GDP. New Zealand’s labour share is very low by developed country standards: Piketty considers 60-70% typical. In United Nations comparisons, only Chile and Mexico are lower among OECD countries.” 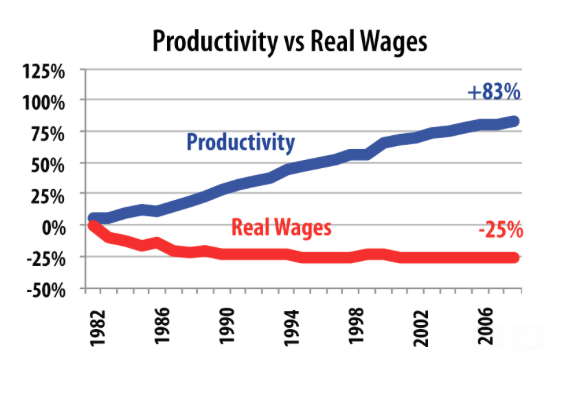 This is actually the first time in the history of capitalism in NZ where the real living standards of working people has not increased from one generation to the next.

The problem is not “can we afford it” but who controls that additional wealth being produced by society.

Discussing this process in the USA one of that country’s richest men commented: “There’s class warfare, all right, but it’s my class, the rich class, that’s making war, and we’re winning.”

How we can defeat that class war being against us will be the topic of future blogs.