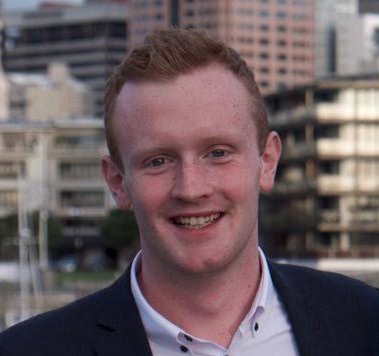 Sometime last month, I blogged about the somewhat less-than-illustrious political “career” of then-aspirant-and-regrettably-now-President of the Young Nats, Joel Rowan.

One of Rowan’s main claims to fame (apart from having the National Party up in Court over his hidebound insistence that his own ‘personal’ interpretation of the Electoral Act  trumped the actual law of the land – more on that later) … was that he was some form of minor social media guru.

From a position as the Young Nats’ “Digital Director”, he headed up their social media campaign team – a position which, as far as we’re aware, he still holds.

So when this article from The Ruminator cropped up on my newsfeed yesterday morning detailing how the Young Nats were in continual and egregious breach of copyright with their social media campaigning of late … well, I knew *exactly* who to blame, didn’t I.

See, what’s happened is, the Young Nats have made a continual effort at taking images from other media sources, slapping their own branding on them, and calling it a social media marketing campaign.

Their latest clanger featured an unlicensed image sourced from Getty Images. Which they also then decided to editorialize by dubbing John Key as “Mike Hosking’s Boss“.

They’re really not very good at this whole “winning hearts and minds” thing, are they.

Anyway, as The Ruminator points out … National seems to have a bit of a compulsive problem when it comes to stealing the hard work and intellectual property of others. Anyone remember that time the Young Nats’ parent party got caught blue-handed blatantly ripping off Eminem’s Lose Yourself for their election campaign opening night broadcast…?

In fact, I’d go further. As we’ve seen on everything from state asset sales to plagiarizing NZ First policy … this Government (and its pliant youth wing) have some SERIOUS problems distinguishing ‘mine and thine’.

As John F Kennedy said: we can hardly do business with “people who say ‘what’s mine is mine – and what’s yours is negotiable.'”

I’m sure I cannot be alone in watching with baited breath to see whether this issue gets the Young Nats slapped with some form of legal censure.

I think Morgan Godfery put it best: “If they can’t do social media right, they probably can’t run a country either.

I hope these people never stand for office.”

UPDATE: Have just been passed this image, clearly based off Getty photographer Hannah Peters’ work – and which again appears to have been used without proper license or attribution by the Young Nats. This is really becoming quite a pattern.