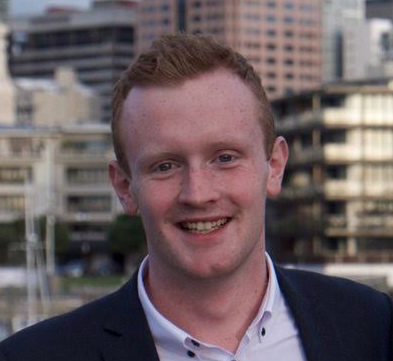 No, it’s not an award-winning docu-drama featuring scenery-chewing asides by Kevin Spacey … it’s the self-proclaimed “Best Party on Campus” going to town on their own people #DirtyPolitics style during the course of their upcoming internal elections.

It’s no secret that I am hardly the greatest fan of the Young Nats and their leading lights. I’ve fairly publicly crossed swords with them on a whole raft of issues ranging from George Orwell through to the correct manner in which one might hot-box a Toyota Camry.

So when I first heard that the Young Nats’ internal election campaigns were getting a little *ahem* … heated, my initial reaction was to simply shrug my shoulders, hope it’d make for an entertaining fight-to-the-finish, and go grab myself a healthy supply of pakora to keep me sustained while I watched the blood hit the ground.

Unfortunately, I’ve got a bit of a conscience … so when certain information as to how one of the people jockeying for internal position came to light, I felt duty-bound to act.

But first, I feel I need to make one thing perfectly and *absolutely* clear.

I’m not writing this piece out of a sense of broad and generally indirected malice. Hell, I’m not even writing it with a goal of taking down any particular Presidential candidate in order to advantage the other – I’m no fan of either Brittany Raleigh or Joel Rowan.

Instead, I’m setting (middle) finger to keyboard for one very simple, powerful reason.

The thing I genuinely HATE in our politics – possibly even more than nasty young neoliberals … is people trying to get ahead in the minds of others not through their own merits – but rather, through the craven character assassination if not outright attempted blackmail of other contenders.

It’s #DirtyPolitics writ miniature – and it goes on continuously, contiguously, if not outright contaminatingly throughout Kiwi politics; seemingly wherever brutally ambitious peppered little egos are to be found.

One reason I’m so passionate about it, is because it’s happened to my good self on an ongoing basis. A year ago, for instance, I found myself in receipt of a late-night phone call from a certain someone which demanded I resign my position on the Board of Directors of NZ First – or face certain information about my mental health issues being made prominently public through the national news media in consequence. (There was also the Utu action from earlier this month carried out against me by my own side for my role in exposing some of the questionable actions our own people get up to)

But it’s more than that. This kind of carry-on cheapens our politics dramatically, and serves to scare-off if not outright disenfranchising both newcomers and regular/ordinary street-level participants.

It turns political office-seeking – and hell, even robust public debate – into the constrained pursuit of a few fettered creatures; rather than what it should be … the right and obligation of everyman.

I therefore consider it my sacred and solemn duty to expose such perfidy as and where it occurs, regardless of how many Young Nats with leadership aspirations it may offend and/or obliterate in the process.

So, without further ado, let’s take a look at what’s *actually* been going on behind the scenes at the so-called and self-proclaimed “Best Party on Campus”.

Joel is running for the Presidency of Young National.

At present, he heads up their Social Media division; where he appears to have been responsible for a number of high-profile blunders that were so bad, Minister Steven Joyce found himself having to publicly disavow them live on national television.

The situation’s gotten so bad that no less a personage than the Prime Minister himself got dragged into the fray, having his office issue a statement repudiating any support for Rowan’s activities on social media; as well as quite *emphatically* stating that the Young Nats on social media and their erstwhile “support” efforts for the National Party are absolutely nothing to do with the PM and instead operate “quite independently”.

We note with some amusement that Rowan must have taken the hint. Many examples of his handiwork uploaded to the Young Nats instagram feed and referenced in the NZ Herald article linked to above, have since been taken down.

But being a bit “controversial” on social media – and perhaps over-extending one’s self in support of one’s party due to the exuberance of youth is not a hanging offence, in politics.

If it were, I’d already have been repeatedly drawn, quartered, and then had my entrails strung up like christmas-lights all along Mt Eden Rd by my own Party. Oh wait…

Instead, what *actually* marks out Rowan as unsuitable (or, if you like and depending upon how unfavourably you view the Nats’ archetypal character … very suitable) for the Young Nats leadership is what he’s done during the course of his campaign for the Presidency.

For you see, Rowan and his friends appear to have been indulging in one of my own ad-vicer’s favourite past-times.

Asking themselves, at every turn, “What Would Nixon Do”.

It started off innocuously enough. Rowan’s team engaged in a campaign of what I like to call “bureaucratic infighting” in order to bolster their chances at this weekend’s Young Nats convention.

Due to the way the Young Nats organization is set up, victory in their internal elections goes to whomever controls the most delegates at their national convention.

Each Region gets six delegates as standard, plus another delegate for every twenty five members they’ve got. Delegates are “selected” by the local regional board, and that’s where things get sticky.

Rowan is from the Lower North Island (LNI) Region of the Young Nats, and has actively campaigned to maximize his advantage through questionably democratic means. He started by shoring up his control of the local regional board by ensuring his friends and associates came to dominate same. The way he’s done this has created considerable tension within the Party, to the point that National Party General Manager Greg Hamilton was reportedly called in to force Rowan to run things with at least a semblance of democracy.

Alongside this, the membership numbers for both the Lower North Island and Southland Regions of Young National have mysteriously skyrocketed – from around 70 and fewer than 50 respectively to about 250 members apiece. This guarantees Regions friendly to Rowan an extra eight voting delegates all up – a serious advantage.

But it didn’t stop there.

Sources within the National Party have confirmed that the Rowan campaign then began to play an exceedingly dirty game.

Sensitive information about a rival candidate’s business affairs was leaked by someone within Young National … to the Green Party’s youth wing. The idea was that Young Greens Co-Convenor Ana Martin would use the Zero Hour Contracts segment of last week’s Backbenches Youth Wing special to attack Young National using this information – and in so doing, air it on national television, doing incalculable harm to the reputation of the rival being disparaged.

Unfortunately, Rowan’s camp made a rather egregious strategic miscalculation in their choice of launch-vector – and Martin, to her credit, refrained from taking the stab out of principle.

In addition to this, the Rowan campaign has also reportedly engaged in a much more direct approach to the elimination of rivals … seeking to drive dissenting voices out of the party and politics altogether by making relationships with employers untenable through a combination of specific misinformation and outright bald-faced allegations. The idea, assumedly, was that people concerned about losing their jobs or facing a considerably more hostile working environment would have less time, effort and energy to expend participating in youth wing politics – thus handily winnowing down the opposition.

Obviously, I can’t go into too much detail as to the precise nature – or, heaven forbid, identities – of any of the purported victims of these schemes. New Zealand politics is a small enough world as-is that to do so would almost instantly identify them. But having spoken to multiple sources that I trust in an effort to get to the bottom of all this, rest assured that I have every confidence in the veracity of what I’m saying.

All in all, the two dominant emotions that sprang to mind upon writing this were a certain sadness, and a complete lack of surprise.

The reason for the latter should be obvious. This is the National Party we are dealing with – and given the craven lack of conscience continually demonstrated by some amidst their upper echelons through phenomena like the #DirtyPolitics scandal … or, for that matter, the existence of Cameron Slater generally – it should be entirely unsurprising that their Youth Wing should find itself possessed of leadership aspirants who seek so earnestly to emulate the reprehensible example laid out for them by their own party’s top brass.

The sadness, however, is borne out in the fact that this sort of backstabbery and seriously seriously dodgy campaigning has now becomes so part and parcel of our nation’s politics that nobody ‘in the game’ seriously bats an eye at how it is played anymore.

Principled people somewhat more to the ‘exterior’ of organized politics may take issue with this … but for those inside the tent, the maxim “victory at almost any cost” appears increasingly to be accorded almost the status of holy writ.

Unfortunately, while it might provide ample meat, drink and entertainment for self-styled political ‘operators’ to watch the frantic, frenzied scrabblings for position over the perforated backs and slit throats of less fortuitous aspirants … there’s nothing surer to turn more normal, ordinary people off politics quicker than the idea that the game is rigged, played by inconsiderate if not outright evil quasi-sociopaths, and fundamentally conducted in a manner that offends the sensibilities if not outright sanity of any reasonable, godsfearing man into the bargain.

In short: playing politics like this – particularly internally – drives away many of the activists and ordinary rank-and-file members whom any political party or youth wing ultimately depends upon for their survival and successful operation at the actual big contests like General Elections and long-term survivability off into the future.

Henry Kissinger once famously opined that the reason university politics was so vicious was because the stakes were so small.

I take a different view. When you’re dealing with the potential political future of your Youth Wing (and thus, implicitly your Party into the bargain) … the stakes are anything but!