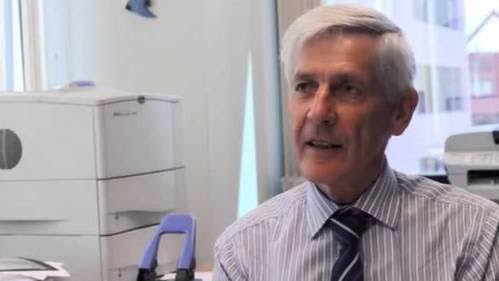 DR BRYCE WILKINSON can make a reasonable claim to have written the book that launched neoliberalism in New Zealand. The name of that book was Economic Management, and although its official author was the New Zealand Treasury, most historians agree that the book’s guiding intellect was Dr Wilkinson’s.

Economic Management knitted together, into what amounted to a detailed manifesto, a raft of radical economic measures that had been worked out in “Economics II” – described by Te Ara, The Encyclopaedia of New Zealand, as: “a think tank in the Treasury in the late 1970s and early 1980s.”

Economics II was staffed by young economists who had studied at universities in the United States where the monetarist theories of Milton Friedman, and the ideas of neo-classical economics generally, were already well-entrenched. Along with Dr Wilkinson, Treasury’s “think tank” included Graeme Scott, Rod Deane and Roger Kerr – individuals who would go on to play pivotal roles in the execution and consolidation of the neoliberal order in New Zealand.

When the Labour Party was swept into office at the snap election of 1984, Economic Management was waiting for them.

“But, wait a minute!”, I hear you object, “Since when does Treasury supply New Zealand’s political parties with ready-made manifestoes? Didn’t Labour have a manifesto of its own in 1984?” Indeed it did – but not the sort of manifesto in which anyone could place much confidence.

Though the public were not told, Labour’s manifesto was a hastily-cobbled-together mish-mash of the policies advocated by Labour’s left-wing dominated Policy Council, and the ideas emanating from the faction in Labour’s caucus led by Roger Douglas and his fellow “reformers” Michael Bassett, Richard Prebble, Mike Moore and David Caygill.

So extreme were the ideas of Douglas’s faction, and so hostile to Labour’s traditions, that a new faction was summoned into existence to fight them. By May of 1984, this latter group was circulating a document posing a radical left-wing alternative to the right-wing measures being fed directly to Douglas and his followers by their special Treasury adviser, Doug Anthony.

Had the Prime Minister, Sir Robert Muldoon, fearing a loss of his parliamentary majority, not called an early election on the night of 14 June 1984, it is fascinating to speculate as to which of these two, diametrically opposed, factions would have triumphed. An election held at the usual time, in November 1984, would have given Labour four more months (and an annual conference) to decide its future direction. Denied that time, the contending factions were persuaded to let David Lange’s deputy, the former Law Professor, Geoffrey Palmer, compose a manifesto both sides could live with, but which, as a reliable guide to the party’s future conduct in government, was next to useless.

Labour’s Bastille Day victory ceded the political initiative to Douglas’s faction. That the country was said by the Reserve Bank and Treasury to be in the grip of a “financial crisis” contributed hugely to the Right’s ability to control the course of events. Precipitated by a policy paper outlining Douglas’s determination to devalue the NZ dollar by 20 percent (which somehow ended up in the hands of the news media), the “financial crisis”, and the new government’s decisive handling of it, brought the Left/Right policy debate to an abrupt (if only temporary) end. It would be Dr Wilkinson’s Economic Management which set the course for what would later be called “Rogernomics”.

Readers of The Daily Blog born after those heady days in 1984, and thus played no part in the great struggle for Labour’s heart and soul that raged from July 1984 until the ejection of Mike Moore from – and the elevation of Helen Clark to – the leadership of the Labour Party in 1993, have been supplied with this brief sketch of the role Dr Wilkinson has played in New Zealand’s recent history, so that they can put his statement on foreign investment and racism, released earlier today (17/8/15) into some kind of context.

Commenting on the KPMG report showing China to be only the second-largest foreign investor (after Canada) in New Zealand (excluding residential property) Dr Williamson is reported as saying that “the report tackled many New Zealanders’ fears that China was buying up land, farms and businesses.” Anxiety about China was producing a “silly defensiveness” he said, adding that “racist attitudes and red tape were making New Zealand one of the most restrictive regimes in the world”. According to Dr Wilkinson: “We should be much freer and more open to the rest of the world and that helps New Zealanders get a better price for their assets which means they can invest more in the rest of the world themselves.”

More free and open! Such is the prescription of the man who, along with his colleagues from Economics II, persuaded the fourth Labour government to transform New Zealand into the most “free” and “open” economy on Earth. The man who urged on the sale of public assets to “foreign investors”, who were then free to repatriate the billions of dollars of profits extracted from them to their new owners offshore. The man who now calls those attempting to keep what remains of New Zealand’s assets out of foreign hands “racist”, but whose policy of preparing state-owned entities for privatisation saw tens-of-thousands of Maori forestry workers, railway workers and construction workers thrown out of their state jobs – leading to the disintegration of whole communities and the fracturing of whanau.

Small and unprepossessing, smiling his grandfatherly smile in the group photos of the New Zealand Initiative (successor to the now defunct Business Roundtable, which for many years was run by another alumnus from Economics II, Roger Kerr) Dr Wilkinson would be passed, unrecognised, in the street by 999 out of 1,000 New Zealanders. And yet, unelected, and largely unknown outside the neoliberal elite, this little man has left a very big impression on our country.

I’ll leave it for you, the reader, to decide whether it has been for good or ill.