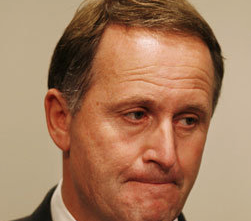 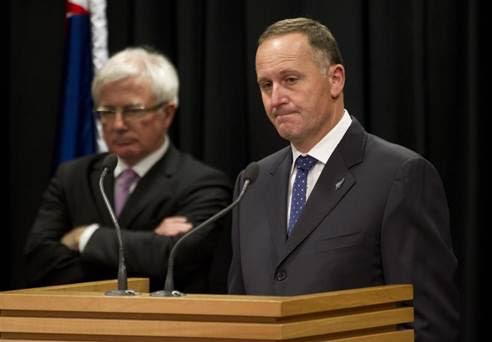 NZ TPPA negotiating team have been practicing their vows for a long time:

I, little NZ, take you, mighty corporate powers, to make you richer and us poorer, in increased cost of sickness and health, and forsaking all our democratic rights, I promise to be faithful only to your interests, so long as you continue to rule the world.

But news has arrived that the TPPA contract is off the table for now. It appears that, as reckless as the Government is, it is not suicidal.

The groundswell of popular opposition to the TPPA made it clear to the Government that a net loss to New Zealand would not be tolerated domestically.

John Key has to wait a bit longer to pursue his ambition of marrying New Zealand off to its TPPA partners.

Ambition seems to feature strongly in John Key’s life and thinking.  At the recent National Party conference, much was said about the Party being “ambitious for New Zealand”. I think a more true statement would be that the National Party is driven by John Key’s ambitions.

John Key was only 10 years old when he first harbored the ambition of being New Zealand’s future Prime Minister.  When 10-year-olds dream of being the Prime Minster, they are not dreaming of shaping and driving the country’s future, they are dreaming of power and influence.

Despite John Key’s outwardly relaxed and personable image, we can be certain that he has always been driven by the love of power and influence. Why else would he go into the currency market with the aim of becoming a millionaire?

Much of what we have seen from John Key, in his actions and language, suggest that he attributes many of our society’s ills to the destructive role of the poor, not to the effect of poverty.

When John Key needlessly sent our troops to Iraq, he did so as “the price of the club”.

The above significant admission by our Prime Minister did not receive the close scrutiny it deserved.

John Key’s ambition of being in the big boys’ club also explains why we still belong to the 5-eyes spy network and why we want to be part of the TPPA; all of which have been widely discussed as being harmful to New Zealand’s democracy and long term interests.

Despite widespread dissent amongst the public, John Key’s dogged determination to waste $26m of our money on a new flag, and to continue the negotiations with the #TPPA can only be explained by his desire to sit amongst the big boys on the world stage.

So, next time you wonder why our Government would even consider taking actions that clearly undermine New Zealand’s interests, remember who the leader is and what his ambitions are made of.

Donna Miles is a British-born, Iranian-bred, New Zealand citizen with a strong interest in human rights, justice and equality issues.