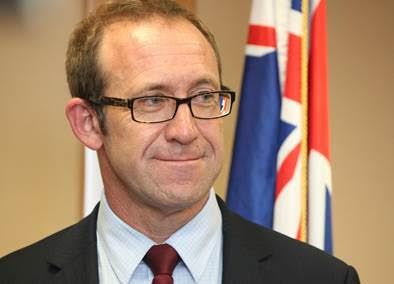 CAMERON SLATER is appealing directly to members of Labour’s caucus on his Whaleoil blog. Why? Because he’s just got wind of Labour’s internal poll numbers. According to Cameron: “Their internal polls show something very, very different from the publicly available polls. Apparently the gap between Labour & National is about 6 or 7 percent when the public polls have it at 15%.”

This can only mean that, in the usually highly accurate UMR poll, Labour is positioned somewhere between 34-36 percent and the National Party somewhere between 40 and 42 percent. At that level of support, it’s ‘Game Over!’ for John Key’s government. No wonder Cameron is doing everything he can to sow doubt in the minds of Andrew Little’s colleagues.

Clearly, these results have brought on an attack of the heebie-jeebies in National’s ranks. How else to explain the usually very crafty Mr Slater’s tactical lapse? Calling people’s attention to what he’s heard about Labour’s internal polling – when it’s this good – has given a major boost to the Left’s morale. It’s also boosted the credibility of the other big rumour doing the rounds about UMR’s polling: the one that puts the combined Labour-Green vote at 49 percent.

Cameron’s post may also serve to confirm the rumours about National’s own internal polling. According to these, Labour’s much criticised ‘China Play’ almost immediately began shaking erstwhile Labour voters loose from National’s tree in large numbers.

That would certainly explain the way National suddenly went dark on the whole issue. As Matthew Hooton explained in his NBR column of 17/7/15: “Wedge politics are straightforward: You find a genuine problem, associate it with an unpopular minority, raise it with inflammatory language, or in a provocative context, and wait for your opponents to defend the minority. Then you stand with the majority against them.” With advisers as skilled in the dark arts of wedge politics as Mark Textor and Lynton Crosby, the Prime Minister was almost certainly warned against expressing too much solidarity with the targets of Labour’s campaign.

That job was left to TV3’s Patrick Gower, who has been waging a virtual one-man-war against what he insists are Labour’s “cooked-up” statistics. How disappointed poor Paddy must have been when his week-long assault upon Labour for “playing the race card” was rewarded with a marginal increase in Labour’s support (from 30.4 to 31.1 percent) in the TV3/Reid Research Poll. To rub salt in his wounds, the poll also showed the ‘Opposition Bloc’ of parties (Labour, Greens, NZ First) registering 50.9 percent to the ‘Government Bloc’s’ (National, Act, Maori Party, United Future) 48.2 percent. Completing Mr Gower’s discombobulation must have been Reid Research’s finding that 61 percent of New Zealanders support a ban on foreign investors buying-up residential property.

So, let us assume, purely for the sake of argument, that all the rumours are true and all the numbers are correct. It would mean that National has shed 6-7 percentage points directly to Labour. Interestingly, this is exactly what the Roy Morgan Poll of 17 July indicated. It had National down 6.5 points to 43 percent, Labour up 6 points to 32 percent, and the combined Labour-Green vote on 45 percent. Admittedly, the Roy Morgan survey only caught the first day of Labour’s China Play, but, by the same token, it escaped the effects of ‘Paddy’s Play’ entirely.

From the beginning of the year, Labour’s clear objective, and Andrew Little’s laser-like focus, has been to re-capture the roughly 10 percent of former Labour voters who have, ever since Helen Clark’s departure, taken to voting National with their Party Vote. Crucial to recovering that lost support are the two “Cs” – Connection and Credibility.

Labour and Little must first connect with, and then remain at the side of, their electoral base. They must whistle their tune – and keep on whistling it – until their supporters start whistling it back to them. In lifting Labour’s vote towards that magical 40 percent mark, nothing is more important than saying what you mean, meaning what you say, and sticking to your guns.

For some in Labour’s Caucus, the experience of taking fire (especially from people they considered friends and allies) has been a painful one. But the fact that they have remained at their posts, and returned fire, has not been lost on Labour’s traditional constituency. There have been no leaks, no private briefings, no wayward press releases. The Labour Caucus has – touch wood – rediscovered the power of collective commitment and responsibility. In the process, it has reclaimed a good measure of much-needed credibility.

And if Cameron Slater’s right about the results of the latest UMR poll, they now have their reward.