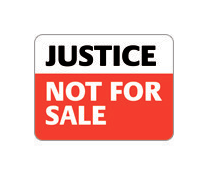 On 14 December, 2010, there was great excitement and jubilation  in the Beehive when then-Corrections Minister Judith Collins announced;

“This Government is committed to a world-class Corrections system in New Zealand. To achieve that, we must have access to world-class innovation and expertise.

The appointment of Serco as the contract manager for Mt Eden/ACRP will bring in new ideas and international best practice which will benefit the entire corrections sector.

Serco has a strong track record in managing prisons. I’m confident that the company will bring the high standards of professionalism, safety, rehabilitation and security expected by the Government to Mt Eden/ACRP.”

(Acknowledgement: TV3 The Nation and  @HalloweenMike1)

The rational for the gradual privatisation of our prisons – traditionally the responsibility of the State – was to provide “ a world-class Corrections system in New Zealand“; to “bring in new ideas and international best practice“, and implement “high standards of professionalism, safety, rehabilitation and security“.

According to National/ACT ideology, Private is better.

On 21 July, nearly five years after Collins’ gushing endorsement of Serco, Labour’s Kelvin Davis revealed to the country a series of events at Mt Eden – nominally under the “control” of Serco;

Speaking first in the heated debate, Mr Davis claims that Mt Eden prisoners with severe injuries had been transferred to public prisons so that the cases did not show up in Serco’s assault statistics.

He told a story of a prisoner named only as Evans who arrived at Ngawha prison in Northland with a punctured lung.

“He was in such bad shape that almost immediately the guards at Ngawha transferred him to Whangarei Hospital where he subsequently passed away,” Mr Davis said.

Since then, we have seen video-clips on social media showing fight-clubs and drug-taking, as well as  stories of extortion, “dropping”, rape, etc, etc. Mt Eden prison is so badly run that the Corrections Dept will take control of the facility today (27 July).

Not since the collapse of Air New Zealand, and hasty re-nationalisation by the Clark-led Labour government in October 2001, has the State had to step in to salvage an organisation from mis-management and chaos.

Since then, our esteemed Prime Minister has made several statements, attempting to minimise the violence and drug-taking at Mt Eden;

“And so the point will be, I think what it will show is on reported instances , that SERCO ‘s about consistant with the others [prisons]… as far as sexual assaults and violent assaults, I think you’ll see Mt Eden’s pretty similar to the other prisons.” – TVNZ Q+A, @ 2.50

Now here’s the salient point which our esteemed Prime Minister, Judith Collins, Corrections Minister Sam Lotu-Iiga, and other National MPs and Ministers might care to ponder:

1. If, as Key, et al, assert, that “violence was not limited to private jails” and “Mt Eden’s pretty similar to the other prisons” – then what is the point of privatisation of prison services if private providers are no different to State administration?

2. Why are we, the tax-payer, paying huge profits to a company like Serco, if “violence was not limited to private jails” and “Mt Eden’s pretty similar to the other prisons“? What, exactly, are we paying for?

3. If Private Prividers are no better than the State at running correctional facilities – why not cut out the “middle man” (Serco), and simply invest the profit that would have gone to the corporation, for more drug rehabilitation; literacy courses; skills training; and comprehensive re-integration into society?

Because if there is no difference to the Private or State management of our prisons, then giving hundreds of millions of tax-dollars to Serco makes no sense.

“One of the claims that had been made, I think, was that someone had been thrown off a balcony – in fact, actually, Serco say that the person jumped off the balcony, or tripped, or fell.” – John Key, 23 July 2015

So the prisoner picked himself up and threw himself over the balcony, for no apparent reason? Or “tripped”? Or “fell”?

I am reminded of the tragic fate of many anti-apartheid activists in South Africa, during the apartheid years;

More than 100 other people suspected of anti-apartheid activities died in security police custody in South Africa and tribal homelands. In some cases, authorities said the suspects died of natural causes, however implausible. A larger number were reported to have hanged themselves. Others “fell down stairs” and died. Or fell out of windows and died. Or were “injured in scuffles.” Or “fell in shower.” Except for Dr. Neil Aggett, a 29-year-old physician who became a trade union official, all the dead detainees were black.

What say you now, Mr Key?

Baltimore Sun: Biko and the goons of state security Power – The reopened case of Steve Biko