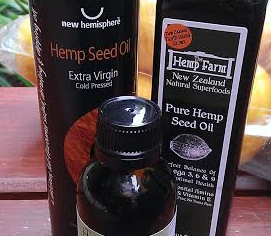 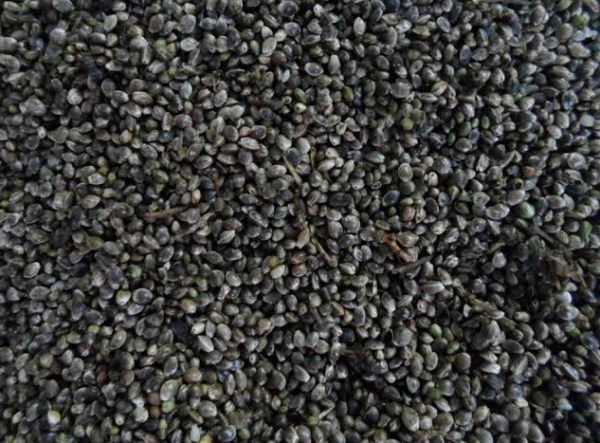 Australian police have convinced politicians to extend the ban on one of most nutritious food sources known, because of concerns about the validity of their roadside drug tests, which they are pushing for New Zealand to adopt.

Hemp seed is one of the best protein sources known, comparable to soy and meat but composed of more beneficial globulin edistin protein, as well as being a complete source of Essential Fatty Acids and the best natural source of Omega oils. Hemp can be grown on marginal land without displacing existing food crops, and the ‘waste’ stalks can be used to make biofuels, plastics, textiles and building products. Hemp farmers in New Zealand and Australia have even shown increased yields of other crops including maize that have been planted after hemp crops.

Hemp is legal to grow in both countries, and a recent poll showed “overwhelming support”for legalising hemp food sales. Hemp foods are also supported by farming groups including the NZ Grain and Seed Trade Association. “There is a growing international demand for hemp seed food and local industry could potentially see up to 2000 hectares of crop possibly generating for farmers a return of $4500 to $5500 a hectare in the medium to long term,” said association general manage Thomas Chin. “There would also be additional economic benefits for NZ Inc in terms of export opportunities and new jobs in the regions.”

However, as a cousin of marijuana hemp has run into all sorts of roadblocks in regaining mainstream acceptance. Until 1999 New Zealand allowed all types of hemp foods, as long as they didn’t contain any THC, the active ingredient in the drug varieties of cannabis. We opened The Hempstore in 1997, and in those early days sold hemp meusli bars, cereals, pastas, teas, candies, chocolates and more. Then some Australian hemp enthusiasts pointed out that it was unfair to ban hemp foods in Australia but allow them in NZ. Health officials on both sides of the Tasman agreed, and sent it to the the Ministerial forum for the usual rubber-stamping. However the eight Australian state and federal ministers voted for a complete ban, with NZ’s Annette King the lone dissenting voice. She managed to extract an exemption allowing the sale of hemp seed oil in New Zealand.

Together with other key players in the hemp industry here and in Australia, we immediately began the process of reversing this decision. This has taken 16 long years, with multiple reports from food officials in support of allowing hemp foods, all of which were blocked and rejected by police and customs on the most spurious of grounds, only to be once again rejected by politicians earlier this year, and once again at the behest of Australian police.

During this time we continued to import manufacture and distribute hemp seed oil and oil containing foods, and we make premium hemp animal feeds that are good enough to eat. The only time we have ever been raided was for our hemp tea. We have been forced to pay for expensive testing of our hemp oil-containing lollipops. Then in 2013, at 4:30pm on Christmas Eve, an MPI food safety officer on temporary secondment compelled us to do a full product recall for hemp milk. We are now the oldest hemp retail outlet in the world – and we continue to push for hemp law reform.

The New Zealand Minister for Food Safety, this time in the form of Jo Goodhew, was again the lone dissenting voice voting in support of allowing hemp foods. “The best available science shows us that hemp seed is safe to eat and has positive nutritional properties,” she told TVNZ.

However New Zealand was outvoted by the Australian state and federal ministers, who appeared easily swayed by false-flag ‘concerns’ put forward by police that the hemp industry had already answered over the past few years.

Jo Goodhew says the Ministerial Council will meet in early 2016 to reconsider hemp food regulations. “New Zealand supports a standard allowing the sale of hemp seed food products, and I am hopeful that the Ministerial Forum will be able to assess the proposed hemp standard again early next year.”

The issues put forward by Australian police are easily addressed.

At first their concern was that whole hemp seeds in foods would make their job difficult in determining whether someone is possessing illicit drug variety seed or food hemp seed. New Zealand and Australia are the only countries in the world to ban hemp foods, so other countries do not seem to have this problem. However the hemp industry compromised and agreed to dehull all hemp seeds. Removing the outer shell would render the seed sterile and easily distinguishable from illicit cannabis seed.

Now their latest concerns are based around claimed interference with road side drug testing. Some Australian states use oral fluid (saliva) swabs that change colour to show the presence of THC, the active ingredient in cannabis. Victoria performs the most tests. The head of the Victoria police came to Wellington last year to attend a drugs and driving symposium – and to lobby our Minister of Police to approve their road side saliva tests here. They erroneously claim that hemp foods could cause false-positive results or give impaired drivers an easy escape from drug-driving charges.

However the hemp industry in the US has already addressed this concern, commissioning comprehensive research that showed hemp seed foods do not produce positive drug test results.

New Zealand’s ESR also has conducted research. They obtained hemp seed oil products from The Hempstore, including our hemp lollipops, and fed them to test subjects who produced no positive results for THC (as an interesting aside: they also tested the effects of eating poppy seed bagels and found they did produce positive results for opiates. This is not an argument to ban bagels, it is more evidence of the pointlessness of drug testing).

Police and Customs have also raised objections to any hemp foods depicting cannabis leaves on the packaging or marketing. Nothing prevents this now, and there doesn’t seem any problem out there that people are complaining about. In any case, it doesn’t seem a big deal to simply not allow drug references in healthy hemp foods.

Finally, Police and Customs want an investigation into the levels of other cannabinoids that may be present in hemp foods. While hemp cannot get you high it does contain some non-psychoactive cannabinoids including cannabidiol (CBD) that could have other beneficial effects, including better digestion and management of gastro-intestinal disorders including IBS and Chrohn’s.

However the cannabinoids contained in hemp are not listed in the drug laws of NZ and Australia, so therefore are legal and of no business to those law enforcement agencies

Of course, none of these law enforcement concerns would be an issue if we made cannabis legal – which is supported by a vast majority of New Zealanders and seems inevitable given recent world events (including cannabis decriminalisation in Spainand legalisation in Oregon).

New Zealand wants hemp foods. So why is our food policy determined by Australian police?

Chris Fowlie is the spokesperson for NORML and manager of The Hempstore, the world’s oldest hemp retail outlet that will soon relocate to K’ Rd, Auckland.