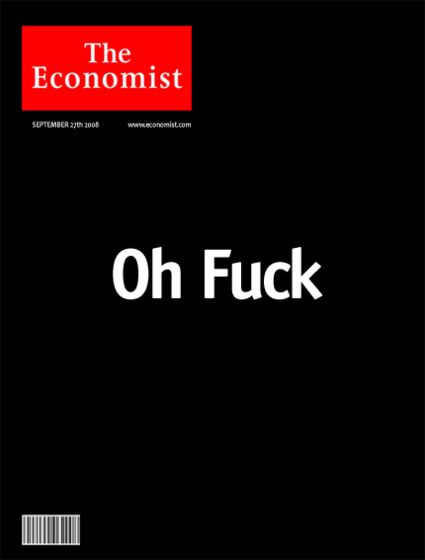 I can’t watch TV3 because of the way their management killed off Campbell Live for political reasons,  but the twitter feed suggests that The Nation has only just realised that the so called ‘Rock Star’ economy is an illusion.

Top economist warns of NZ recession risk
So much for the rock star economy.

As dairy prices continue to slump and business confidence tapers off, a leading economist is warning that a “scenario where a recession becomes imminent” isn’t difficult to imagine.

BNZ head of research Stephen Toplis said the biggest shock to New Zealand’s economy had been the ongoing demise of the dairy sector.

As the Government begin to privatise mental health…

Mental Health provider and Australian bank first to negotiate health contract
A mental health service provider and an Australian-owned bank are the first private organisations to partner with the Government in its controversial social bonds pilot.

…it seems the looming down turn based on rebuilding from natural disasters, milk powder & property speculation is only news to the NZ media.

The property bubble created by cheap immigration has masked how poorly National have managed the economy and the mainstream media are to blame for helping mask it.

Putting all our cows in 1 paddock & hoping house prices keep going up and balancing the books by privatising welfare isn’t much of an economic strategy –  but then again this isn’t much of a Government –  this is Key’s recession.

The sleepy hobbits of muddle Nu Zilind bewildering view National as the best managers of the economy because National speak the language of small business mortality.  Unfortunately their words hide their true loyalty to corporates.

Only when middle NZ stop earning more from their property values than their actual jobs will people turn on National and demand something must be done. We aren’t a small egalitarian nation of citizens any longer, we are a clique of desperate consumers looking for a quick fix product.

Nothing was solved from the GFC, the same neoliberal deregulated financialization that led to that weren’t fixed, it was merely powered on by cheap money. Like an addict on a bender, we face the come down.  China and Australia are our two largest export markets and any slow down from them will be far worse for NZ.

Paul Henry and Mike Hosking won’t be informing you of that this week.  Look over here, there’s a rugby match on.