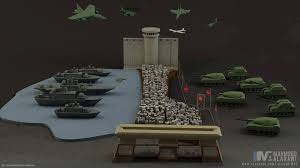 “We are using this opportunity to get supplies from Crete and most importantly we are downloading all our footage and sending it straight back on a plane to New Zealand.”

Their footage arrived at Māori Television just hours before contact was lost.

The Israeli blockade on Gaza has been in force since 2007. Israel has two captive communities to use as guinea pigs in the development of weapons of war and population control. Gaza is used to develop bombardment and terror techniques as well as advanced chemical weapons use.

In 2013, a documentary called The Lab turned the spotlight on Israel’s arms industry. It showed how captive Palestinians in the West Bank and Gaza are being subjected to military experiments that not only keep them subjugated but also enrich Israeli arms dealers, entrepreneurs and former generals. Israel is ranked as one of the world’s largest arms exporters, which is hardly surprising given the country’s militaristic founding ideology and massive US tax-payer contributions to the Israeli military.

Benjamin Ben-Eliezer, a former Israeli Defence Minister, attributes Israel’s burgeoning arms sales to the fact that “people like to buy things that have been tested.” Techniques for crippling socio-economic activities like agriculture, fisheries, power production and distribution etc., upon which a population’s well-being depend, are developed with the objective of profitably furthering the objectives of the Zionist enterprise.

In an interview on Maori TV, Palestine Human Rights Campaign (PHRC) spokesperson, Janfrie Wakim, said, “This is an outrage. This is a humanitarian crisis and the world is turning a blind eye.”