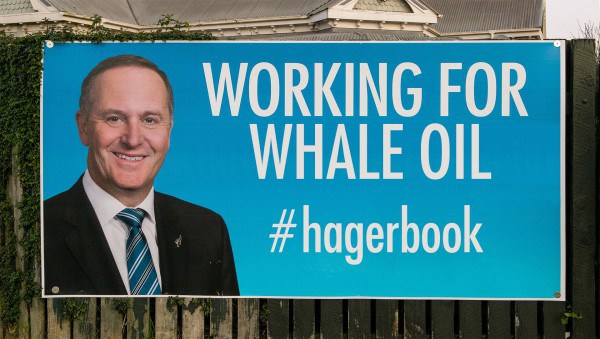 Cameron Slater has finally commented on the allegations swirling around him that he paid an IT specialist to try and hack into a blog.

The response is fascinating… 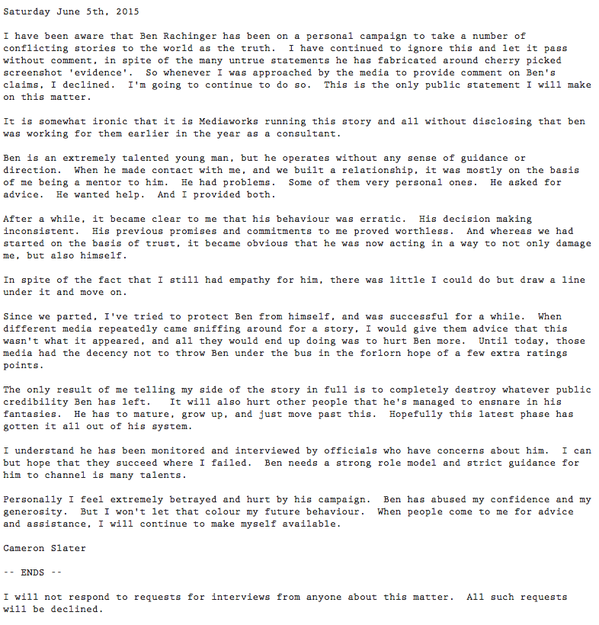 So, while Slater was publicly pleading poverty and asking his readers to donate money on Whaleoil, he was ‘donating’ $9100 to Ben Rachinger, but the text messages between the two of them where Slater appears to be procuring a cyber crime aren’t real and Cam is actually quite worried for dear Ben???

That’s Cam’s response? That he’s trying to sound as caring as possible is more suspicious than him not posting this on Whaleoil. Cameron has clearly proved he lacks basic empathy in Dirty Politics, for him to suddenly become the patron saint of IT specialists seems, what’s the word I’m looking for folks, optimistic.

If it’s all lies, when will Cameron be suing Ben for slander?

Here are some questions.

3: Are the messages from Slater?

4: Who were the funders?

If Cam paid him, then why did he pay him and if it is really Cam speaking, then surely what’s been released proves that he was trying to procure a cyber crime? If that’s the case we need to know who the secret funders were.

The Police really need to get off their hands here and investigate this.