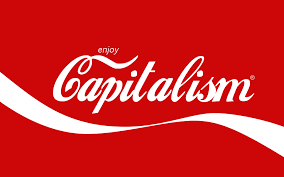 Last week (Inflation) I looked at what I think really happened in the global Great Inflation of the 1970s, and noted that at near-deflationary times like now when the inflation rate needs to be raised, it’s probably impossible for advanced capitalist countries to generate inflation by monetary means.

One respondent to my article (O’Shay), approaching the issue from a Marxian perspective, did not really address the global inflation issue specific to the long-1970s (ie c.1968-82). Rather he critiqued me by saying that the capitalist world’s “woes” stem from an endemic falling rate of profit, which itself was a result of an “insufficient cleansing” in the 1930s. I read from this that: the Marxian analysis is a one-trick pony; the Great Depression was not nearly severe enough; and that the woes were essentially the fault of Keynes (and the Keynesians) whose successful mission was to save rather than bury industrial capitalism.

At the heart of the political economy that became economics is the dichotomy between the two true founding fathers of classical economics: David Ricardo and Thomas Malthus. Both wrote in England, during and slightly after the era of the Napoleonic Wars; from the late 1790s to the 1820s. While both were heirs of Adam Smith, both also endeavoured to add more rigour to the infant discipline. And they engaged with each other, as intellectual equals.

Malthus is best known for his very important theory of population (1798). In some respects this is unfortunate. While this theory is one of the fulcrums of the classical school, it overshadows in the popular mind his analysis of economic depressions or “general gluts” as he called them. Malthus published his Principles in 1820, three years after Ricardo published his.

The post-Waterloo half-decade was an extremely difficult few years, with clear ‘supply-side’ and ‘demand-side’ problems. (Echoes of the Auckland housing debate?) The industrial revolution was forged in these difficult years. James Belich (Replenishing the Earth) dates the beginning of explosive western migration in the United States to this half decade. 1816 was the year of no summer, the aftermath of the Tambora volcanic eruption, possibly the most severe of the millennium. (Another contender for this honour was the Tarawera eruption about 1315, which is the most plausible cause of the European ‘Great Famine’ of 1315-17.) 1816 was an agricultural disaster. Mary Shelley wiled her time that year writing Frankenstein.

On the demand-side, we now know that it is very common for debt-deflationary events to take place after major wars, as the need for financial disentangling meets the puritan backers of orthodox public finance.

David Ricardo (a notoriously successful speculator) built up his supply-side intellectual edifice from the bases of: Malthus’ population theory; Say’s Law of Markets; and Adam Smith’s recognition of the saving and investing propensities of the relatively new commercial middle class. Say’s Law essentially says, for the economy as a whole, supply creates its own demand. Thus, on the Ricardian orthodox side of classical economics, came the belief that a lack of demand should never be the cause of an economic crisis. The new classical and monetarist economic theories that swept the world in the 1980s are the most important legacy of Ricardian economics. The second most important legacy is Marxism.

In the Ricardian system, the savings of the middle classes would always be invested (for example in new farms or factories), because, by the principle of Say’s Law, all surplus output (not consumed) must be spent on investment goods and must therefore drive a process of economic growth. However this process would be subject to long-run diminishing returns, meaning that the rate of profit would fall (albeit at a slower rate if new machines were being invented). Diminishing returns was an iron law that eventually, despite substantial aggregate growth, would lead to the landowners becoming fabulously wealthy and everyone else subject to grinding poverty. (Ricardo used his dubiously-gained wealth to buy Gatcombe Park; now Princess Anne’s country estate.)

The most important nineteenth-century Ricardian political economist after David Ricardo was Karl Marx. Marx replaced the landlords with monopoly capitalists. And, as in Ricardo, it was the bourgeois compulsion to save and invest that drove the processes of both growth and inequality. Ricardo’s end state was a kind of silent Dickensian hell. Marx’s was an explosive revolution. Many Marxist’s keenly anticipated that revolution in the 1930s. The Marxists were the most frustrated of all when John Maynard Keynes found an alternative exit strategy for the Great Depression.

The Ricardian school bifurcated in the 1870s, with Marxian macroeconomics taking one path, and neoclassical microeconomics (the ‘marginal revolution’) taking the other.

There have been two distinct syntheses that have brought Ricardo into the twentieth century and beyond. In the 1920s Piero Sraffa in Cambridge created the neomarxian ‘Neo-Ricardian’ school. And, under the tutelage of Robert Lucas in the 1970s and 1980s, the ‘rational expectations’ school brought the various conservative strands of classical Ricardian thought together. These neoconservative classical economists gloated that they had vanquished the aberration that, to them, was Keynesian demand-side economics.

There is an interesting New Zealand story. In the 1920s, the Marxist leader of the New Zealand Labour Party, Harry Holland, and the classically right-wing Minister of Finance, Dunedin calvinist William Downie Stewart jnr (the Roger Douglas of their day) became close friends. They had a significantly shared intellectual heritage. Their careers both ended in 1933, at the height of the Great Depression.

Ricardo was the intellect behind the classical supply-side economics that we call neoliberalism today, and that Americans call neoconservatism. What of Malthus then? Malthus saw that economic depressions were generally times of simultaneous plenty and poverty. He argued, in essence, that Says Law was wrong. People might save during these times, but they would not invest as Ricardo believed the middle classes always would. Instead they hoarded their profits as unspent money. Under the Ricardian view, the dour bourgeoisie would always be optimistic that there would be people around in the future able to buy an enlarged economic product (GDP in today’s language). But how could we be confident of that if too few people were buying today’s smaller output. Ricardo believed that all unconsumed output would be invested. Malthus did not.

The important policy question of the nineteenth century was protection versus free trade. Great Britain was one of the most protectionist countries in the eighteenth century. Ricardo favoured free trade as a means of cheapening food (and hence labour) enabling capitalists to make bigger profits that would necessarily invested; ie used to build factories and to improve farms. Malthus favoured protection, which he believed, by making food more expensive, would lead to bigger immediate income gains to landlords vis-à-vis capitalists. The landlords were known as a spending class – they employed lots of servants for example – and other people making luxury velvets and ornate buildings. In other words, Malthus wanted a policy that would increase consumer demand. He saw landlord spending offsetting bourgeois saving, much as in Japan today Government spending offsets middle-class saving.

Ricardo’s disciples won the political debate; the intellectual debate was a tie. Mid-century, Britain adopted the free‑trade policies that Ricardo advocated for.

The modern descendants of Malthus’ heterodox variant of classical economics are of course the Keynesians. The tension between the two classical schools was the riveting economic story of the twentieth century, with the Ricardians in charge at each end of that century, and the Keynesians in the middle part of that century. The Second World ‘communism’ of the middle part of last century was a Ricardian vestige biding its time, as state capitalism, otherwise known as socialism. Under state capitalism, the authoritarian governments appropriated and invested, on grandiose factories and other state capital projects, the surpluses that periodically became unpurchased gluts in the capitalist world.

Many of the architects of the early 1980s’ overthrow of Keynesianism had dabbled in Marxism in their youths. They remained true to their inner Ricardian principles. The economy is like a machine in which one group usurps, saves and invests the economic surplus, creating growth for growth’s sake.

This most recent Ricardian era is probably now coming to an end. It is so apparent that the financial and other middle classes who are appropriating and concentrating the world’s wealth are not investing it at all; they are not building factories and the like. They are speculating with it, and they are hoarding it (I understand that FIFA has a hoard of at least a billion dollars just as its financial ‘reserve’) while spending is substantially reliant on debt.

We are coming to a phase in the world economy where we can no longer be wilfully blind to the systemic shortages of demand in a world that has more than plenty. A new variation of economic pragmatism – one that will almost certainly owe more to Malthus than to Ricardo – is on the cusp of overthrowing the macroeconomics of neoliberalism. Perhaps we are seeing it most clearly in Greece. Central to this new economics will be the rejection of Say’s Law; the belief in which underpins today’s austerity programmes, fiscal consolidations and deficit phobias.

Don’t look to Marxism for inspiration.