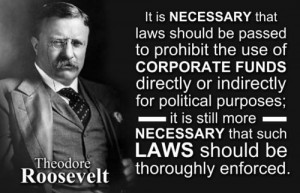 As many commentators have noted, there were significant similarities with the recent UK election to our own general election last year. Convincing victories – beyond that which had been forecasted for the most part – for the conservative side of politics with “fragmented” progressive parties unable to present a credible governing alternative to voters.

Although different in scale, the media took an adverse liking to the leader of the opposition in both elections hammering away at any mistake – real or perceived. Given the reality of commercial media today, progressive parties will struggle to ever receive a fair hearing in the media requiring different strategies to connect with the voting public.

Alongside this reality is another common factor being the ever present spin doctor element. Lynton Crosby, of Crosby Textor, was a key factor in the Conservative Party’s election strategy. In this country, we are well aware of the pernicious and negative style of politics driven by the Crosby Textor brand initially with Don Brash and then very successfully with the individual who toppled Brash for the National Party leadership.

Assisting Lynton Crosby in the UK was the American campaign expert, Jim Messina. Messina is a town in Sicily connecting the island with the mainland and it is also the name of an excellent gelato shop in Melbourne (on Smith St). But this Messina brings no warm memories for me following his efforts on this campaign. Prior to working in the UK with the Conservatives he worked on the Obama/Biden campaign. He has now announced his intention to return to the US to work on the Hilary campaign.

Personally, I wouldn’t hire him. As someone I greatly respect pointed out to me, this individual has no ethics. (It was my mother who pointed this out to me – and she did it on Mother’s Day making it even more compelling) Messina’s manipulation – because that is what spin doctoring is – of the voting public is driven by no firm political commitment nor ideology to change society for the better. It is a naked pursuit of power for power’s sake.

What we are left with, then, is a concentration of power across the Anglosphere in the conservative side of politics captured by donors. At its core, this is something I cannot comprehend (apart from the donor reference). For me, the global financial crisis in 2008 was the ultimate expression of the failure of the policies driven by conservatives. With the accompanying reality of climate change, surely the business as usual model driven by greed had been fundamentally disproven?

Yet, following this crisis it has been the conservatives that have been able to drive home the myths of the free market to convince voters that the illusive free market provides a road full of aspiration.

Following the global financial crisis, the progressive side of politics across the Anglosphere has failed to come up with a consistent and credible theme to challenge the myths of the free market.

The UK intellectual, Tariq Ali, argues that the UK Labour Party should be left to bleed. He views the result in Scotland as being particularly poignant for the Labour Party given its Scottish roots and history of strong Scottish leadership. Within the Labour Party, he sees an absence of radicalism to drive an anti-capitalist response. Indeed, he sees no tangible difference between the Labour and Conservative centrist approaches.

His despair is understandable. There are, though, strong responses we are seeing from countries outside of the Anglosphere and from parties outside of the traditional political make-up of those countries. The Syriza victory in Greece, brought on by crisis, has been fascinating to watch. Likewise, the ability of Podemos in Spain to grow from its birth to a leading polling party in just over 12 months speaks volumes to citizens wanting a political and economic ideology that is not based on the myths of the free market but on empowering citizens with social justice policies at their core.

But, to consign Labour parties across the Anglosphere to oblivion actually does nothing to strengthen progressive politics. Instead, progressive parties need to look to each other, acknowledge their differences, and draw on their strengths. The challenge is to be able to present a unified, credible, alternative source of government and one that the spin doctors fail to undermine in the eyes of swing/undecided voters.

For me, acknowledging differences is a key point. This is important both internally and with the public. The public needs to know that you will not agree on all issues, but are driven by the same common principles. There is real value in being open about your differences and the progressive parties here should not shy from this.

The challenge now is for Labour parties to re-engage with their core values and translating those values into policies that work in these modern times.

In this country, this can be achieved by placing a primacy on our communities and actually listening to their needs while developing a diverse, sustainable economy serving the entire country. It will not be easy, but the myths of the free market deserve to be exposed and our country needs to prefer equity as our true currency.