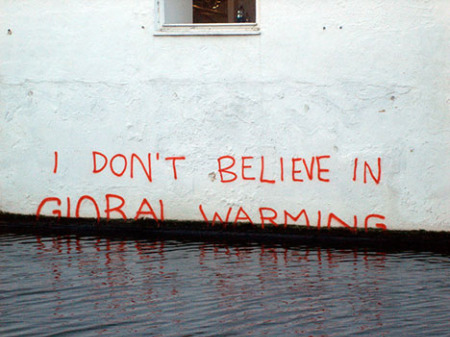 The trait of being unable to criticize your own political and economic institutions is no intellectual defect. For it would be easy for someone in the New Zealand mainstream media to see Maoist famines in 1960 as a result of a centralized and totalitarian state. On the other hand, when global warming is debated in the New Zealand media, there is no discussion on how our own political and economic system is causing grave threats to human civilisation. This does not meet what the philosopher Noam Chomsky called the ‘acceptable framework of discussion’. In the acceptable framework of discussion, you have those on the right end parameter, the more obvious propagandists like Mike Hosking who flat out deny man-made global warming. On the more left end of the spectrum, you have the so called liberal media, and in the print media you have people who note that the government’s response to global warming is poor, but with no further analysis or deep critique into society’s current institutions.

Here I would like to analyse the political and economic system, of ‘really existing capitalism’, and its indifference towards global warming. I think any good analysis would start by examining the internal structure of an institution that doesn’t get analysed enough, the corporation. What is a corporation? A corporation is a totalitarian hierarchy, run by a board of directors and a CEO at the top. The Nobel laureate and economist Milton Friedman expressed the correct operation of a corporation, saying that it has no social responsibility, and its only value being to maximize profits for its owners.[ii] At the bottom of the corporation’s hierarchy you often have people who get to choose between starvation and submitting their human capacities so that they may only be used for the corporation’s short term goal of maximizing profits. That’s called wage labour, or wage slavery in more honest days.

In a corporation, those that get the idea of behaving in a way that does not conform with the goal of short term profit maximization get filtered out of the institution. Their behaviour is a defect to the one that is required by the institution and its owners. Milton Friedman in his opinion piece bluntly titled ‘The Social Responsibility of Business is to Increase its Profits’ gave examples of behaviour that is intolerable to the owners of a corporation, such as making expenditures on reducing pollution beyond the amount that is in the best interests of the corporation. In effect, a person who makes decisions within a corporation must always behave in this pathological way, no matter what their moral dispositions are in real life – even if they are the nicest person outside of the institution, or care about the environment their children are inheriting, if they try to do something about it, they are kicked outside of the institution and replaced by someone else. The behavior inside a corporation can be radically different from outside. Indeed, even the CEO of Exxon Mobil Rex Tillerson quietly joined a lawsuit against fracking-related activities near his $5 million Texas home, claiming it would lower property values.[iii]

Another way that will explain the behavior of corporations is competition. In economics competition is an ambiguous word. There are two types of it. One type of competition is the competitive market place, in which a business cannot manipulate the price of its goods and gain some sort of monopoly advantage. The other competition is rivalry between corporations, where they compete for profits and behave in ways that will make them survive while the less successful ones won’t. These two types of competition might seem contradictory, since the corporation that competes for profits is one that will try as hard as it can to establish some kind of monopoly. One way this competition for profits is destroying the environment, is if a corporation is successful in getting cheap fossil fuel energy, and can profit a lot from this, it will put energy companies that are investing in renewable energy out of business. Or will force those energy companies to switch to fossil fuels. The most successful energy corporations are not the ones that invest in new technologies. The biggest ones for example, simply bought out the smaller fossil fuel corporations that pioneered the use of fracking.[iv]

Actually, a much better business decision than investing in renewable energy, is to trick people into thinking you are investing in renewable energy. Some economists argue that a corporation must protect its reputation to survive. And in many ways this is true. Although there are two reputations it must protect. One reputation it must protect is the reputation it has for its shareholders, the other is the reputation it has for everyone else. So for example, Naomi Klein points out in her latest book ‘This Changes Everything’, that investors got alarmed when Shell let themselves go without a huge reserve of fossil fuels, and that to convince its investors that it was making the right decisions, it did so by ceasing new investments in wind and solar energy[v]. To protect its reputation from everyone else, these same energy corporations engaged in massive propaganda campaigns to convince people that they were investing in renewable energy, while BP adopted the slogan ‘beyond petroleum’ in the year 2000, and Chevron declaring “It’s time oil companies get behind renewables.… We agree”.[vi]

Another way a corporation’s goal to maximize short term profits can destroy the environment, is for them to threaten to go overseas to a different country if a government tries to regulate their carbon emissions, thus creating a world with little environmental regulation. One can see this in New Zealand with the actions of the multinational corporation Rio Tinto who in 2008 threatened to go overseas when the Labour government introduced the meagre emissions trading scheme.[vii]

The goal of short term profits must also overcome a problem that is at war with the corporation’s goals. The excessive rationality of the general population. Through scientific reports, people have begun to understand that what these energy corporations are doing is in fact destroying the chances of decent human civilisation. This is a huge problem for the corporate owners, and they have reacted accordingly, through developing a society that is leading a massive assault on scientific thought and rationality. Through large funding of private donations by anonymous billionaires into think tanks[viii], they have managed to convince a significant portion of the western population, (particularly in America) that man-made global warming is a liberal hoax. Actually, if you take a look at this propaganda, the exact opposite is the case. It is the elite, including the liberal elite, who have all the opportunities to do something about the disaster that is being created, but they are barely doing anything about it. And it is actually the poorest people who are trying to keep fossil fuels in the ground, such as the indigenous population in Ecuador, who are in fact risking their lives to do so.[ix] When we take a look at the so called liberal elite, we can observe no such concerns with the ominous prospects human civilisation is facing. Barrack Obama for example, gave a speech in 2012 to America’s main oil town Cushing, in Oklahoma, and drew considerable applause for this speech, when he announced with satisfaction that:

“Now, under my administration, America is producing more oil today than at any time in the last eight years. That’s important to know. Over the last three years, I’ve directed my administration to open up millions of acres for gas and oil exploration across 23 different states. We’re opening up more than 75 percent of our potential oil resources offshore. We’ve quadrupled the number of operating rigs to a record high. We’ve added enough new oil and gas pipeline to encircle the Earth and then some.”[x]

In Canada, Stephen Harper has conducted a war on scientists who want to inform citizens about the disastrous effects that activities from oil corporations can have, with relentless slashing of their environmental monitoring budget. Since 2008, more than two thousand scientists have lost their jobs as a result of the cuts.[xi]

In New Zealand, the war on rationality is not as prevalent. However, we do face the ideologies that persist in the mainstream media that the market knows best. One of the problems with the market and the fossil fuel industry is what is called an externality. An externality is what happens when two people make a transaction, and a third party pays a cost. So when someone agrees to sell a car on the market to another person, there are externalities. When lots of people buy cars, it creates congestion, and pollution. Lots of these externalities adds up over time, and it amounts to ruining the planets environment.

There is also a lot of enthusiasm about how markets increase choices, but in crucial areas they restrict choices and decision making to individual consumption. If someone wants to choose how they travel, the market offers people an array of cars to choose from. It does not offer people the opportunity of using a subway system, which is both good for the environment and saves other people time through reducing congestion.
And throughout New Zealand history state planners have consciously designed New Zealand’s infrastructure in a way that enables these externalities to persist. In the 1950’s for example, Auckland city was designed in a way that would maximize individual consumption and therefore enrich the property developers and Ford factory owners and so on[xii]. There were two options presented: one in which the city could be designed with an electric rail system, and co-operative businesses; and the other was one with sprawling motorways. The decision for sprawling motorways and shopping malls has also created a very passive and atomized society, where people are locked into their own suburbs and encouraged to be individual consumers instead of active citizens.

Well, with all this analysis we can see what’s happening. Human beings are aware of the coming catastrophe, and the richest and most powerful people in society are actively exacerbating the crisis. While many of the poorest people in the world are actively challenging it. And if some future historian was to look back at the human race and see how it behaved, they may conclude that in the years leading to a global catastrophe, the human race behaved in a totally insane manner – not regarding importance on the lives of each other. But I think it is that sane people are operating within institutions that would be called totally insane if psychiatrists could diagnose institutions. If human beings value the future of the planet and its inhabitants, then they must step outside of these insane institutions and challenge really existing capitalism.

“Douglas Renwick is a young adult studying mathematics and philosophy at Victoria University. In matters of politics and economics he is entirely self educated. His political goal is to defend humans from the massive assault on rationality led by corporate and state institutions.”