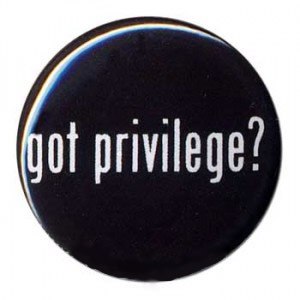 The Charlie Hebdo massacre has quite rightly provoked outrage and condemnation throughout and beyond the Western world. It was a despicable attack for which no justification is possible.

The response of the Western media (both mainstream and alternative), Western political leaders and popular protest movements is, however, causing me more irritation by the day. What began as a natural outcry to the heinous crimes has steadily become irrelevant, misguided and counter-productive. Charlie Hebdo magazine and those closely associated with it are the direct victims of this crime and have the right to keep saying, writing and drawing what they like about what has happened. It’s time, though, for the rest of us to stop banging the popular liberal drums and start talking about the real issues.

As we enter the second week since the murders, the news continues to be dominated by an ongoing and vociferous defence of freedom of speech, represented most significantly the “Je suis Charlie” campaign, but repeated ad nauseum in newspapers and other media throughout the Western world. It’s not that I object to free speech (of course, I don’t) or particularly disagree with anything that has been written, drawn or shouted in its defence. I just think that all of this completely misses the point because, quite simply, THE ATTACK ON CHARLIE HEBDO WAS NOT AN ATTACK ON THE FREEDOM OF SPEECH. I will elaborate on the actual motives of the attackers in a moment, but for now suffice it to say that Charlie Hebdo was simply one of many potential victims of Islamic jihadist outrage; a fact made abundantly clear later in the same week with the jihadist attacks on the Jewish supermarket in Paris and the massacre by Boko Haram in Nigeria.

As well as missing the mark, the scale of the free speech’s defence has been totally disproportionate. Is free speech really under serious threat here? The fact is that this terrorist attack has failed to slow down even a single small magazine, much less strike a blow at the heart of this fundamental Western value. So, why are we marching down the streets in its defence and why the ongoing torrent of commentators falling over themselves to state the bleedingly obvious point that freedom of speech is a good thing? When Boko Haram kidnapped hundreds of school girls in Nigeria in April last year, the world was rightly shocked, but I failed to notice any liberal stampede in defence of the right to education.

When taking time-out from defending free speech, the liberal media’s other favourite response has been the rush to defend Islam as a predominantly peace-loving religion and to distinguish extremists as a tiny, non-representative minority of all Muslims. As someone who has lived in three different Muslim countries and spent time in half a dozen others, I endorse this message thoroughly. But, despite the importance of this point, THE LIBERAL MEDIA’S DEFENCE OF MUSLIMS RINGS HOLLOW. As Western liberals, it offends our values that people would ever be discriminated against on the basis of their religion and it pricks our sense of justice that members of any social group would be tormented because of the actions of a few of its members. So, at times of crisis, we are obliged to rush to the defence of Muslims. But, for the rest of the time, we are content to ignore the fact that Muslims are increasingly marginalized members of global society.

And here is the crux of the whole issue. Here is the point that should be expressed loudly at this time. A huge proportion of Muslims in the world are victims; victims of a ruthless dictatorship in Syria, victims of post-war chaos in Afghanistan, victims of appalling poverty in Somalia, victims of atrocious working conditions in Bangladesh, victims of Israeli occupation in Palestine, victims of climate change in Sudan and victims of urban ghetto-life in Western metropolises. Victims, in one way or another, of living on the margins of global society; in the places – be they far away or close to home – that the rich-world does not care enough about.

Muslims are not the only marginalized people in the world and, of course, not all Muslims are marginalized. But, in the same way as urban gangs in America and armed mobs in the Congo offer the disenfranchised a sense of purpose, belonging and economic gain, so does Islamic extremism provide a raison d’etre for young men on the fringes of society who have little else to live for. The men recruited by jihadists are not inspired by strong religious beliefs; they are not driven by their hatred of Western values, by contempt of Jews or by some deep-seated opposition to free speech. They are motivated by hatred of the hopelessness of their own situations. It is this hatred leads them to join the Taliban in Pakistan, to fight for ISIS in Iraq, to blow up buses in Kenya, and to murder cartoon satirists in Paris.

This message is not new, of course. It has been obvious for decades, but still nothing is being done about it. More than ever before, the governments of the world should be uniting to address the horrific issues of poverty in Africa which provide breeding grounds for terrorism and the appalling situation for immigrant communities in numerous Western countries, which is – quite literally – now resulting in a home grown jihadist threat that is arguably only just getting itself warmed up.

Charlie Hebdo is, to state the obvious, not the first terrorist act committed by Islamic extremists in the West. The public and, in particular, the political response to it has, however, been markedly different from earlier tragedies. Although not entirely absent, the predictable status quo narrative, which calls for an increase in counter-terrorism resources and powers has been, for the first time, largely drowned out by the liberal voice. What a crying shame that the liberalism has achieved this victory through loud repetition of hollow and irrelevant messages, instead of talking about the issues that really matter.