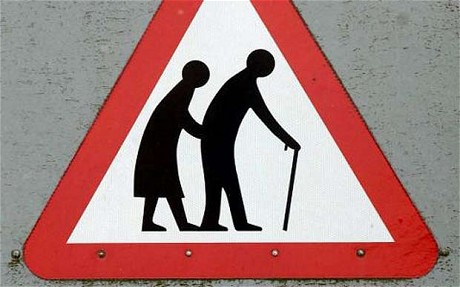 It is widely believed that people should save for their retirement, and some people believe that such saving – voluntary or compulsory – could or should be ‘instead of’ rather than ‘as well as’ a ‘pay-as-you-go’ tax-funded scheme such as New Zealand Superannuation.

Many people are concerned about the financial sustainability of New Zealand Superannuation (eg Patrick Nolan: Baby Boomers could drive us bust, NZ Herald 2 Dec 2014). This concern tends to be a kind of reverse alchemy; imagining we will not have enough money to sustain our future elderly, as if money were stored wealth much like squirrels’ acorns, though (unlike acorns) miraculously subject to compound interest. The popular fiction is that with saved money (rather than taxed money) we can all live in a comfortable retirement, and without saved money we must live very modestly in retirement.

It is economic sustainability that matters, not the accumulation of money. Money is a circulating medium; not a resource. Will we have the resources to produce sufficient goods and services to allow both the over 65s and the under 65s to live in an appropriate level of future comfort? The potential for economic unsustainability is at least as great a problem – probably a greater problem – if we rely on savings schemes rather than a tax-funded scheme to provide goods and services to our over 65s in 2030.

The inequality that most affects prevailing living standards is spending inequality (inequality of enjoyment), and not income inequality (inequality of entitlement). While both concepts of inequality matter, I have noted (in my previous posting) that, at present, spending inequality is less than income inequality. Consumer debt is the equalising factor. An important distinction here is between purposeful and purposeless saving. Purposeful saving is saving with the intent of spending later (saving for a sunny day). Purposeless saving is saving that savers have no plan to spend (saving for a rainy day); it serves more as a form of insurance than as an intent to defer enjoyment of goods and services.

Inequality within the retirement cohort in 2030.

If we save purposefully for retirement then spending these savings will accentuate pre-retirement inequalities. Counterbalancing this is New Zealand Superannuation, benefits relating to publicly funded health care, and rest home subsidies. Thus the extent of inequality of living standards within the retirement cohort will be closely related to the ratio of spending funded by retirement savings to spending funded by taxation.

We must also be aware that the financial assets that we call retirement savings represent the debts of other people. When a 55-year-old saves in 2015 and redeems her saving in 2030, she becomes a creditor. The corresponding debtor(s) have the obligation to service that debt by relinquishing the requisite amount of goods and services in 2030 in the form of debt redemption or new saving.

We should note that many retired people in 2030 will also have purposeless savings. Their receiving of New Zealand Superannuation is unlikely to make them consume more in retirement than they otherwise would. Purposeless savings create financial imbalances that, unchecked, lead to financial crises; that is another issue however. Unspent New Zealand Superannuation paid to these people does not add to the economic burden faced by society as a whole.

In addition, significant numbers of people in the retirement cohort will be working fulltime or parttime, or will be in receipt of private capital income such as rents, company dividends, and interest. Many will have implicit rental income on account of owning their own homes. And many will sell assets, meaning that much of their spending will be funded by the purchasers of those assets. These people may not need to have a fund of retirement savings to draw on. Their New Zealand Superannuation will largely go unspent (it will become purposeless savings), and will not represent an economic burden to others.

Inequality in 2030 between the retirement cohort and the rest of the population.

The central issue about retirement finance is the ratio of spending by those aged over 65 to the spending of those aged under 65. While substantial taxes will be paid by both age groups, we are presuming that (and especially with universal New Zealand Superannuation in place) that the proportion of taxes paid by the under 65s will be greater in 2030 than it will be in 2015. We also presume that the proportion of tax-funded entitlements payable to those over 65 will be higher in 2030 than it will be in 2015.

These presumptions are not as certain as we imagine. We base them on the supposition that people will live longer, and that they will be facing significant health issues while they are living longer. An alternative scenario is that, while people will be healthier for longer they will not be unhealthier for longer. And, while they remain healthy they will continue to contribute to the economy, though not necessarily through paid work. So the tax ratios mentioned only represent part of the economic story.

The argument that New Zealand Superannuation is unsustainable is really an argument that younger people in 2030 should forego consumption more through saving and less through paying taxes. Which of these sacrifices – more saving or more tax – will be better for, say Generation Y (born in the 1980s)?

The variant contract based on debt exchanges (saving) is flawed because some people will save and some cannot or (‘free riders’?) will not. The option of compulsory saving is economically equivalent to taxation, though more unequal in retirement because the retirement benefits reflect prior inequalities. (Of course the taxation system also may be abused by free-riders; otherwise known as tax avoiders.)

Overall, because of the inequalities and obligations of debt-funding, the total burden of Gen Y tomorrowwill be greater the more the Baby Boomer (1946-55) and Jones (1956-65) generations save today. The best way to minimise the future economic burdens of Gen X and Gen Y would actually be to  discourage retirement saving today while retaining a strong universal tax-funded retirement income. Under this scenario the Boomers and Joneses would live more modestly (and more equally) in retirement in 2030, leaving more consumer goods and services for Gen X and Gen Y and Gen Z (and their families) to enjoy.

The calls to further limit tax-funded means of intergenerational support do nothing to address the demographic issue that we face in the 2030s. Rather the switch to debt-funded retirement – retirement spending funded by selling the debts that retired people own – will accentuate the problem by creating more inequality within the retirement generation. Rather, reduced tax-funding will substantially boost demand for financial services, and it will boost the demand for welfare bureaucrats whose job is to separate the qualifying retired poor from those expected to largely fend for themselves.

We already have a substantial problem of intergenerational debt. Generations Y and X are the most indebted ever. If we require Joneses to save more today, then they will be joining with the Xers who are already contracted to save in the form of debt servicing. The present decade’s growing savings glut will be compounded, and an economic crisis in 2030 beyond the scale of the Great Depression becomes even more likely.

The 2030s are shaping up as a clash of global economic crises. We may just be lucky and have the two crises cancel each other out (just as anthropogenic global warming may be being offset this decade by acooler sun).

First, it is not clear that we truly have global demographic imbalances this decade, or even will have such imbalances in the 2020s. Economic opportunities in the 2020s will not be in the parts of the world where our young mostly are. So we can expect the next 10-15 years to be the decade (or so) of the denizens; people (such as New Zealanders in Australia) living in other countries who are integral to the economies in which they work, but having no citizenship rights in those countries.

However I believe that China will tip the balance. In the 2030s the age imbalance in China will have global consequences. So I think it is safe to say that the 2030s will be a decade with an unusually high proportion of elderly people in the world.

If it were not for our global demographic imbalances, we could be heading for an economic crisis around 2030 that would dwarf the Great Depression of the 1930s. The debt overhang will be huge, and people with credit balances will be largely afraid to spend. This would become, like the early 1930s, a period of quite substantial  deflation, and that would accentuate the financial imbalances. (It was in the 1930s that Irving Fisher published his debt-deflation theory of depressions; Fisher was an optimist who believed that massive quantitative easing of money could easily reverse deflation.) This would represent a gridlocked  demand-constrained  global economy. (See my posting Constraining Credibility.)

If it were not for our huge and growing financial imbalances, we would be looking at a one-off  inflationary crisis centred on the 2030s. Combining normal spending by working-age people with the spending of the world’s retirement savings funds, aggregate demand would shoot through the roof to unsustainable levels, creating a classical crisis of scarcity. This would represent a gridlocked  supply-constrained global economy.

If the two crises come together around 2030, then huge spending by retired Boomers and Joneses may be enough to offset contracted debt repayment and precautionary saving on the part of Xers and Yers. The ‘problem’ of affluent retired Boomers may turn out to be the solution to a problem of parsimonious spending by their working-age youngers. If this is so, the less we do to resolve today’s retirement conundrum the better. Rather, we will be looking to the oldies as the consumers needed to save the world economy.