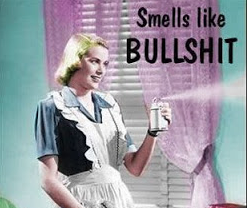 A media report on Massey University’s annual New Zealand quote of the year caught my attention. Amongst the memorable quotes was one by former Labour Leader, David Cunliffe. The media story reported the quote,

As most folk should be aware, that is not quite what Cunliffe said. In fact, those six words are a dishonest, simplistic mis-representation of what he actually stated.

On 4 July, as Cunliffe addressed a Women’s Refuge forum in Auckland, he actually said,

“Can I begin by saying I’m sorry.

I don’t often say it. I’m sorry for being a man right now, because family and sexual violence is perpetrated overwhelmingly by men against women and children.

“So the first message to the men out there is: wake up, stand up and man up and stop this bullshit!”

The degree of mis-representation by the MSM is best illustrated by the Otago Daily Times story at the time. Whilst Cunliffe’s statement was reported in full, the headline was still inaccurate,

As we know, the MSM made a ‘feast’ of this story – but for all the wrong reasons. Cunliffe’s statement was shortened to six words and the actual social problem of vicious beatings, maimings, and deaths of predominantly children and women at the hands of their menfolk – was submerged.

Meme-creator, Francis Owen, summed up the lunacy of the situation in his now-famous image (see below), where he condemns the media for their behaviour,

“David Cunliffe stood up on the issue of social violence. The media portray it as a gaff… ffs”

In case anyone is in doubt,  the facts are straight forward enough;

• In 2013, there were 6749 recorded male assaults female offences and 5025 recorded offences for breaching a protection order.

• In 2013, NZ Police recorded 11 homicides by an intimate partner. 7 of the victims were women and 4 were men.

• In 2013, NZ Police recorded 10 homicides of children and young people under 20 by a family member.

• In 2012, 52 children under 16 years of age were hospitalised for an assault perpetrated by a family member.

Despite the mayhem in so many homes, the MSM thought it more “news worthy” to treat Cunliffe’s comments with mirth and derision. The bashings and deaths of women and children was relegated, or not mentioned at all.

To be honest, I am no longer surprised at the MSM. The corporatisation and corruption of news means we are less informed than ever. Superficiality, trivia, mis-reporting – rubbish packaged as sensational headlines – but rubbish nevertheless.

But surely, an institution as prestigious as Massey would not have continued the media-driven charade of mis-quoting Cunliffe?

Not exactly very honest, I thought. And more so when the Voting Form invites readers to “vote as many times as you like“.

Is this how Massey University views academic integrity? Mis-representation of a public figure’s speech and encouraging multiple voting?!

Evidently Dr Heather Kavan, who has sponsored the “Quote of the Year”, does not view domestic violence as a serious problem. According to her, it’s little more than a “gaffe“;

“There has been a trend this year towards large numbers of insults and gaffes. If there was any soaring rhetoric during the election, no one seems to have remembered it.”

Perhaps Dr Kavan has been lucky. She obviously has never had a fist in her face; been sexually assaulted by a partner; or had to escape to a Refuge in fear of her life.

If you’re going to quote David Cunliffe, shouldn’t you be using the quote in it’s entirety, instead of selectively taking six words out of context?

“I don’t often say it. I’m sorry for being a man right now, because family and sexual violence is perpetrated overwhelmingly by men against women and children.”

Not only does the whole statement give new meaning to Cunliffe’s speech, but it raises the question as to why a critical social problem has been so trivilised by the media – and now by your University.

Because it strikes me as outrageous that whilst we expect the MSM (mainstream media) to mis-quote and sensationalise simply to sell advertising – one expects a University to be better acquainted with the notion of truthfulness.

If Universities are going to follow the MSM in promoting mis-quotes simply because they achieve social currency, and enter the realm of urban myth, then what else will Universities sacrifice for convenience?

If you’re going to quote, please do it accurately. Or not at all.

He was ridiculed for his efforts.

And now a University perpetuates the trivialisation of the beating and killing of women and children.

There are times when I’m ashamed to be a New Zealander.

Otago Daily Times: ‘I’m sorry for being a man’ – Cunliffe

Massey University:  Vote for 2014 Quote of the Year

Massey University:  Vote for 2014 Quote of the Year (Voting List)

When the mainstream media go feral: the descent into sheer farce, according to Tova O’Brien

The Mendacities of Mr Key #6: When apologising to a victim of violence is not considered “serious”