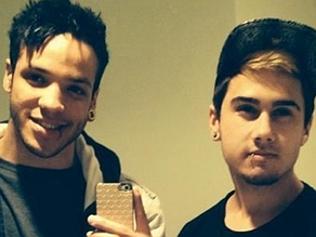 Those of us (like me) left with hope that the police would aggressively follow through on the large amount of evidence on offer to them (let’s not forget they forgot they even had some at one point) in the Roastbusters case haven’t exactly had that hope encouraged with the latest update  on where the investigation is at this weekend.

This worries me. A year on from the media expose, 3 years since the police first received complaints in 2011, we’re still at ‘gathering information’. I acknowledge how much evidence it takes to get a successful prosecution, and I’m not going to suggest that they just gather up what they have and throw it at the courts knowing it will lose. What I’m worried about is – how hard are they working on this, really?

The obvious handicap of this renewed investigation is that it was pushed into action due to media coverage and public outrage. Distrust was there right from the very beginning, and belief in the police by victims was low. What I hoped the police would take from our revulsion is that they needed to chase this as aggressively as they would say… a serial rapist who breaks into stranger’s homes. But it feels like whether the police really pull out the stops depends on whether it’s a 13 year old raped while sleeping in her own bed, or a 13 year old raped while sleeping in a rapists bed.

Yes – it really feels like it comes down to that.

Do these victims – some of whom sadly had photographic and video proof of their assaults, deserve to feel disillusioned, mucked around, not communicated with, and become so hopeless that they understandably give up?

Do they deserve to go without justice? Do we as a country who care want the end result to be a statement saying ‘we couldn’t go any further because the complainants decided not to lay charges’ and this whole sadistic disgusting objectifying disgrace dissolving to nothing, despite our collective demands for change?

Does the current court & justice system make things difficult to get to prosecution? Yes it does. Am I at least glad that police want to get this to court successfully? Yes. The issues here are timeliness (the strain of waiting years for justice is immense) and the importance of continual constructive communication with victims (6 months?! After intensive demands for info from them?!). What the police risk is that every victim will decide to move on and the case is sunk – not due to lack of cooperation, knowledge of the offenders identity or evidence – but due to disillusionment and a craving for closure on this nightmare, which is so very understandable.

The Minister of Police’s spokeswoman says the NZ Police have poured significant resources into this investigation, and that it’s a priority. I would like to find out a few facts around that – facts I think the NZ public and particularly victims of the Roastbusters deserve to know. So I’m lodging an OIA request with the NZ Police. I want to know how many staff have been assigned to this case – from the beginning of the investigation to now. I want to know how many hours they have clocked up working on it, and how many hours & staff are resourced currently. And I want to know if there is an assigned staff member who is tasked with regularly liaising with the complainants.

I hope this information will reassure us all that the NZ Police are galvanised to bring this, indeed complex case, to justice. I really do.