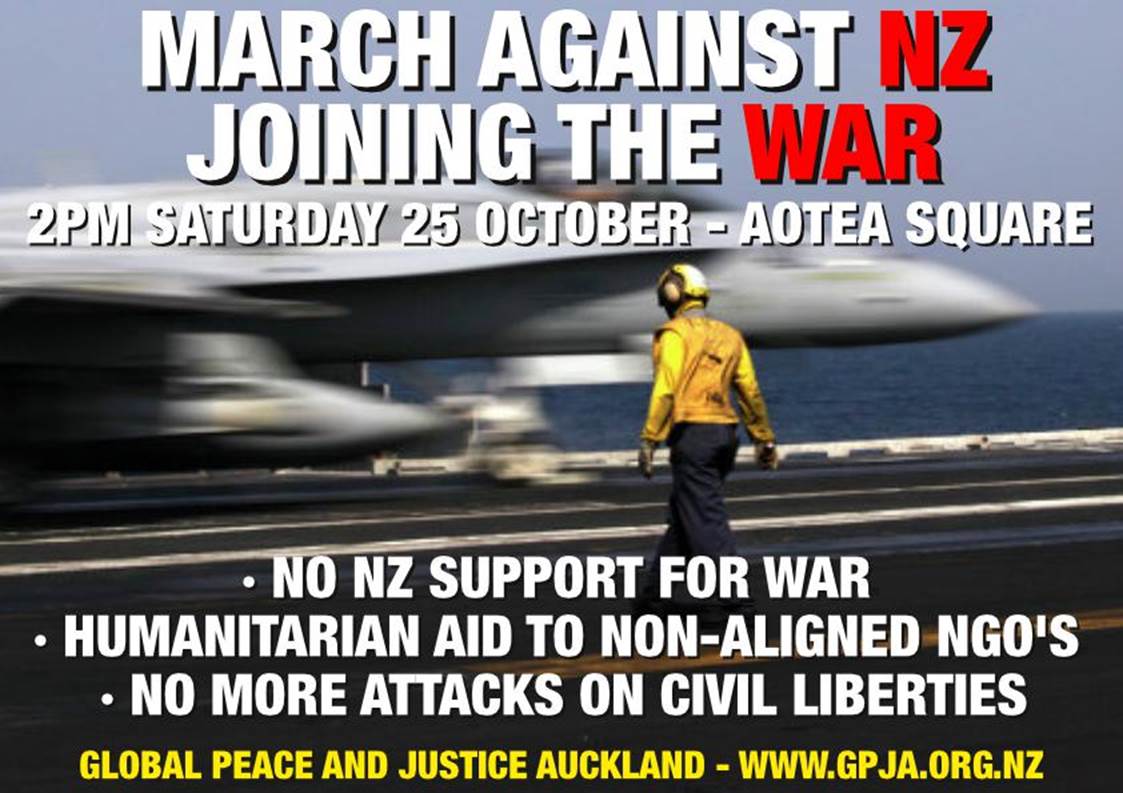 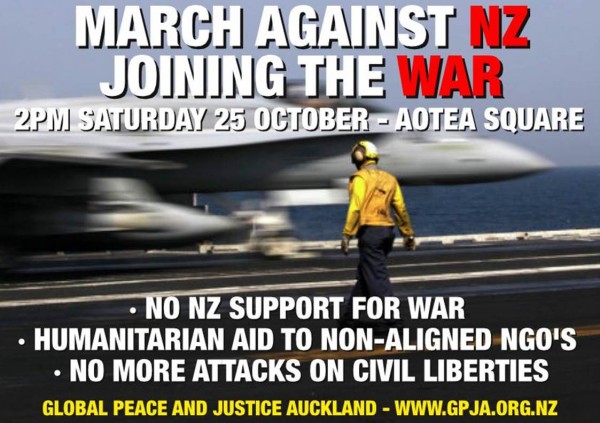 The on-going conflict across the Middle East – due in large part to the US-led invasions of Afghanistan and Iraq – has created another humanitarian crisis of biblical proportion.

The essentials of life are desperately needed in Iraq and Syria and New Zealand should be at the forefront of international efforts to provide such practical support to the victims of war.

This would be best done through substantial funding for non-aligned NGOs already active in the region. Groups like Oxfam and Doctors without Borders which are already active on the ground are ideally placed to deliver this support in the most cost-effective way possible.

We previously made the mistake of providing humanitarian aid in Afghanistan through military-based reconstruction teams. Unfortunately only a small proportion of this funding actually reached the people as useful help. Most was wasted keeping the New Zealand army in place to deliver the support.

Our army was there in Afghanistan to show support for the US rather than support for the Afghani people of course and if National has its way this time will be no different. John Key’s basic instinct will be to give active military support to yet another US-led war and continue this country’s role as part of the problem.

For too long we have contributed bombs and bullets – this time we must insist our government provides food, shelter and medicine instead.

John Key never sought a mandate for war at the election. He will do his best to scaremonger in the coming days and weeks to make a case for combat but we must continue resisting.

A generous contribution in humanitarian support for the Middle East would be the way most New Zealanders would prefer us to be involved. And what better way for this country to begin its term on the United Nations Security Council?

To support this approach Global Peace and Justice Auckland is organising a march this coming Saturday.

We’ll be marching for medicine.