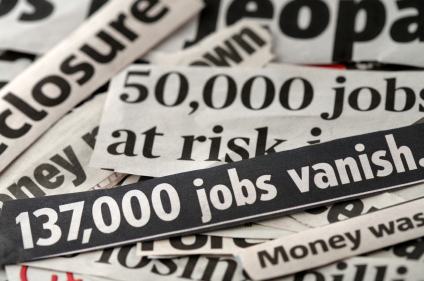 This letter to the editor appeared in The Listener, on 27 September, and caught my attention;

Mr Dawson wrote in response to one of those typically unthinking comments which  condemned the poor for their “unbridled, reckless breeding“. The previous letter writer, a Mr Smith,  parrotted the usual prejudice,

For too long, family numbers have blown out of control, because the state, funded by people who took a responsible attitude towards family numbers, has been there to pick up the tab, and this has bred a culture of entitlement

The problem with people like Mr Smith is that no thinking is required when making such puerile statements. He just repeats what he’s heard from elsewhere.

It’s worthwhile recalling that before the Global Financial Crisis – caused by well-educated, white old men (and predominantly, they are usually always White Old Men) – unemployment in New Zealand in  the September 2007 Quarter stood at 3.5% – or around  79,000 people.

That’s 95,000 men and women who went from wage and salary earners – to the “lifestyle choice of luxury living on unemployment” .

Even with unemployment currently at 5.6%, there are still 137,000 people unemployed – 58,000 more than seven years ago. Factor in a growing problem of under-employment, and it becomes apparent very quickly why we have growing child poverty in this country. Especially when the definition of being ’employed’ is working only one hour  a week (or more), whether paid or un-paid.

When public or media attention is focused on high unemployment and poverty and government policies – the causation of   these problems is slated home to the GFC.

But taken in isolation, when the focus is on families suffering the effects of unemployment and poverty – the problem is slated home to “individual responsibility”.

The ignorance of people like Mr Smith is a kind of self-inflicted, Orwellian, double-think. No brain-power required.

By blaming individuals, and pointing to a so-called lack of ‘personal responsibility for indulging in irresponsible sexual activity’, Mr Smith is saved from the task of having to think through the issues. (Or else he’s just jealous he’s not ‘gettin’ some action‘, as our American cuzzies phrase it so eloquently in ghetto/under-class idiom?)

The next time Mr Smith or one of his clones parrots the same preconceived prejudice, they should be posed the question; what do we do with the children of workers who were in work, but now aren’t?

Option A: Adopt the Eastern European gangster method and sell them into sexual slavery?

Option B: Adopt the Asian method, and chain them to sewing machines in sweat-shops, churning out Nikes and trendy t-shirts bearing witty  social-justice slogans? for Western consumers?

Option C: Or just go with the ISIS technique of mass extermination?

Once we sort out that little “issue” (because actually calling these things problems then demands solutions – an ‘issue’ only requires a cuppa tea and a chat), we can turn our attention to more pressing matters, according to our esteemed Dear Leader;

Maybe we should ask Mr Smith. Perhaps it’s something he has thought deeply about?

The Listener: Letters to Editor 20 September 2014

Fairfax media: Key moves for poll on change to flag