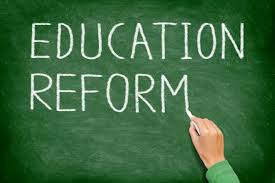 The thing about education reformers is that, mostly, they mean well.

Whether it’s charter schools, National Standards, Teach First, or another reform, many people involved have good intentions.  They want to improve things, try something new and innovate, they say.

Matt Di Carlo put it best when he said that reformers “may be doomed to stall out in the long run, not because their ideas are all bad, and certainly not because they lack the political skills and resources to get their policies enacted. Rather, they risk failure for a simple reason: They too often make promises that they cannot keep.” 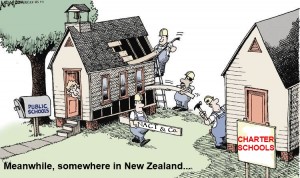 The promises of charter schools are many:

John Banks stated that ““The charter school initiative is one of the most exciting initiatives we have to contribute to solving our most urgent educational problem; the long tail of underachievement.”

Really?  It’s a very bold claim, and we are yet to have any outline of how that is to be achieved or evidence that it is happening.  It’s early days, to be sure, but what evidence do we have?

And we are right to be sceptical – we have seen such promises from reformers in the USA and England, and what we have actually got instead is a failure of the hype to match the facts.

Look at the USA’s Race To The Top policy, which gave many states “tens or hundreds of million dollars over four years in exchange for dramatic changes to their education systems. States pledged to accelerate student performance even while adopting more rigorous academic standards and to rate teachers and principals in part on students’ performance. To be competitive, states also had to do away with limits or bans on charter schools, open alternative routes to certification for teachers and improve teacher preparation programs.” Source

Did it raise achievement?  No.

Even the US Education Department admits that Race To The Top has struggled to achieve its aims.  Source

What  Race To The Top did achieve is a rise in the use of unqualified teachers, an almighty battles for teachers’ employment rights, and the growth of charter schools.

Another popular promise is around the number of students the reforms will help.  England’s Free Schools were meant to serve about 200,000 students.  Instead, it is estimated that by 2015 there will actually be under 20,000 students in free schools – 180,000 short of those planned.  Source

At present, New Zealnd’s charter schools are not faring any better, with enrolled students below the minimum promised.

Charter schools are often touted as progressive and inclusive, offering something better for minority groups, and yet “the overall effect on society is to deepen social segregation. Research shows that long-running free school policies in the US and Sweden have fuelled social segregation in both countries.”  Source

In New Zealand it appears that there are no ORS funded special education needs students in charter schools. Hardly inclusive.  Hardly progressive.  The promise again fails to meet the spin.

And once your school district comprises 100% charter schools, where’s your choice then?  Ask Recovery District, New Orleans, and they’ll tell you it adds up to less choice than they had before. A lot less.

Yes, the promise of charter schools is shiny and bright.  The reality – well, it tends to be less clear cut.