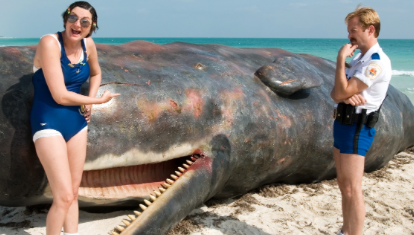 Are Cameron Slater and Judith Collins both bare-faced liars?

Here is why I ask…

Former police minister Judith Collins is depicted in alleged social media conversations discussing the leak of evidence in a high profile case to blogger Cameron Slater, according to new information from the hacker Rawshark.

The alleged evidence was a video connected to the controversial Urewera raids that showed those arrested in an unfavourable light after charges against them were dropped, according to comments attributed to Slater.

The emergence of conversations between Ms Collins and Slater has sparked claims from both parties that the hacker has given the Herald manufactured forgeries.

Ms Collins said she had “no record” of “Facebook conversations” after the Herald sent her material supplied by Rawshark. “I believe you have forged documents. You are likely to have been taken in by a criminal. I am now considering lodging a complaint to police regarding what I believe to be forgeries.”

To which Fisher asked with perfect reasonableness;

When asked why she referred to Facebook when the Herald never said where the transcripts came from, she said it was the only social media outlet she used other than Twitter.

“Latest smear is false, I have never had FB conversations with @judithcollinsmp.”

Let’s check the evidence, shall we?

Truth: Collins Collins does indeed use emails, as she candidly admitted on 14 August;

“I’m just not going to go into the details because the fact is I’m perfectly entitled to send emails to a close friend of mine, and I’m absolutely entitled to be as gossipy and friendly in those as I want.”

– so her insistence she uses only Facebook or Twitter is false. A lie.
Claim: that Slater has never has Facebook conversations with Judith Collins.
Truth:  On page 45 of Nicky Hager’s exposé, “Dirty Politics“, he wrote;

“They talked often by phone, and in the evenings  and weekends they chatted via Facebook. In work hours Collins e-mailed him directly from her sixth-floor Beehive office.”

The entire chapter 4, “The Crusher and the attack dog“, is devoted to many Facebook conversations between Collins and Slater.

Interestingly, on page 144 in the ‘End Notes’ section of “Dirty Politics”, Nicky Hager refers to footnote #6, Chapter 4, as;

“6. Judith Collins, Facebook messaging to Cameron Slater, 27 August 2011. Collins’s Facebook  messaging is recorded under the name ‘Facebook User’, presumably for fear of her words reaching the public, but there is no doubt it is her.”

It appears that Collins has attempted to hide her Facebook tracks by using a general pseudonym – hence why she seems confident that she has  “no record of any FB [Facebook] conversations with Whale Oil. Cam Slater has advised that he had no FB conversations with me.”And why did Slater state  “I have never had FB conversations with @judithcollinsmp”. Not ‘Judith Collins” – but instead  “@judithcollinsmp”.
Hair-splitting much, Mr Slater?
It appears that Slater and Collins are being pathetic in their attempt to be ‘cute’, by differentiating who-spoke-with-who – as Key did recently when he insisted that then SIS director Warren Tucker spoke with “Key’s Office” instead of “Key directly”;
8 August 2011:

“What happened is Warren Tucker didn’t come to me, he went to his legal adviser and his legal advisers told him this is the process they have to follow and when he was going through that process it was at that point he told me he’d release it because he has to tell me that under the no-surprises doctrine,” – John Key,  post-Cabinet press conference.

“In the context of that video, ‘me’ meant my office,” John Key, media briefing

It is simply not remotely credible that Collins and Slater did not converse via Facebook. As Collins admitted on 2 September, “Facebook […] was the only social media outlet [I] used other than Twitter”.

Meanwhile, it should be noted that Judith Collins’ and John Key’s media strategists have given them new lines to use in public;

“You are likely to have been taken in by a criminal.”

“At the end of the day, I don’t know whom this criminal has been hacking.”

“The responsibility is on the criminal to demonstrate that they are actually real or not,” says Mr Key.

Expect those phrases (or variations thereof) to be repeated like Key’s latest mantra.

It is another indication how desperate National is to discredit Rawshark/Whaledump.

There must be something truly awful in the works if the Nats are expending so much effort to smear an anonymous leaker.

The propaganda mill has just be churned into over-drive.

RadioLive: AUDIO – Judith Collins on her chapter in “Dirty Politics”