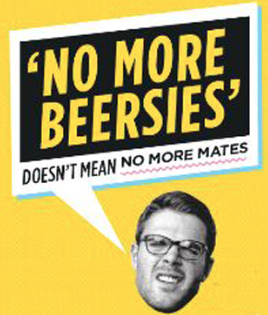 No more beersies for you Mr Key. Seriously – was the Prime Minister drunk during this debate?

I am so sickened by what passed as a Leaders debate, I will make this review short and vicious.

Everyone involved in putting it on, especially the moderators should all hang their heads in shame. From the pathetic moderation to the pathetic streaming quality, this was disaster journalism from a city being devoured by disaster capitalism.

When one is longing for Mike Hosking as a moderator, you know we have become a post ironic culture.

After watching this terrible debate, if Key ever came to my place for a BBQ, I’d hide the booze.

Key’s drunk arsehole routine was as sad as the weak moderation & as appalling as the streaming quality – this was a mud wrestle not a debate. I truly hope the PM was drunk, because if he’s this much of an aggressive bullying arsehole sober, NZ’s in far more trouble than I thought.

It was a debacle,  we’ve been reduced to enduring an ill moderated shouting match between someone acting like a pissed bully and someone wanting better for us – ugly. So very ugly.

This sad spectacle of a debate should embarrass us – it’s intellectually cringe worthy & cheapens NZ. People claiming Key won are really saying “I like aggressive arseholes shouting” – I imagine book burning turns them on as well.