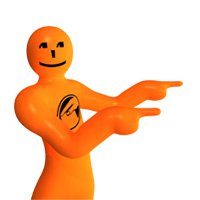 On the telly, in the papers, on the Net, billboards on almost every street corner – it’s hard to miss the fact that there’s an election coming up. Everyone’s trying to win your vote on Election Day, September 20, (this politician included – party vote Green!) but if you’ve already made up your mind, this year you don’t have to wait another two and a half weeks to have your say – you can cast your vote any time from tomorrow right through ‘til E Day on September.

I believe advance voting will be a game-changer this Election. Young Kiwis in particular are notorious for voting in low numbers but this Election it doesn’t matter what the weather is like on September 20, how big the lines are, or if there’s something else on – everyone can vote from tomorrow or any day over the next seventeen days. Elections always take place on a Saturday to minimise disruption to the working week. But for young Kiwis, many of whom work part-time jobs on a Saturday (or may just be recovering from the night before), getting to the polling booth on Election Day can be a little harder. Perhaps that’s part of the reason why 42% of 18-24 year olds didn’t vote at the last election. Students are notorious for leaving things until the last minute, but unlike a university essay they won’t let you hand in your vote in late. This Election, students, young workers and everyone can vote from tomorrow in advance of Election Day.

You don’t need a special reason to cast an early vote. It’s as simple as turning up to an advance voting place, telling the staff there who you are, and casting a vote. To make things even easier, if you’re enrolled then mid next week you’ll get your Easy Vote pack in the mail, which saves a few minutes at the polling place. Even if you aren’t yet enrolled you can still have your say – you’ll just need to fill in a form at the advance polling booth before you vote. The Electoral Commission have the locations and times for each electorate up here.

This is a critical time for New Zealand. With one in four of our kids growing up in poverty, 60% of our rivers unsafe to swim in and dirty politics defining the National Government I’m urging you to vote for a cleaner, smarter, fairer New Zealand. Make your vote count – vote early and party vote Green.