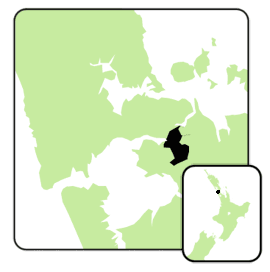 A couple of weeks ago I had the pleasure of opening Voice Up – a youth forum run by young people in Otara. I had been asked as Chair of the Local Board to set the scene, encouraging young people to take part in the democratic process by casting a vote. The organising committee invited local politicians to front up to our youth and speak directly to them about their ideas on engaging young people and taking our community forward. There was a good turn out of people which indicated to me that our young people are keen to hear more from politicians and moreover, are going to vote.The candidates were asked questions about housing, public transport, the economy and education. It was an engaging discussion with some people speaking the general rhetoric that political partys often throw around, whilst some spoke directly and intelligently about how policies affected people at the grass roots. This was especially the case with Jenny Salesa, Peeni Henare and Marama Davidson. These speakers knew their own Partys policies well, but most importantly were able to explain those policies in ‘speak’ that everyone could understand.I was impressed with the way in which Salesa, Henare and Davidson were able to draw meaningful connections between their policies and how there was general agreement in the ideas they were promoting on behalf of their Partys. Further, their was a collegiality between these speakers that had a genuine appeal for those in the room. Admittedly, there were times where I couldn’t tell them apart because of their passion, knowledge and general agreement.Manukau East is a strongly held Labour seat and I expect Salesa to retain the seat, coming in as Labour’s replacement for the retiring Ross Robertson. She is a talented individual – fluent in Tongan and English, has a legal background and well connected to Pasifika communities. Her performance that night gives me cause to have no doubt that she’ll make a great MP and one day, a minister. Word on the ground leads me to believe that Peeni Henare should comfortably take back the seat of Tamaki Makaurau for Labour. Henare is intelligent, a gifted orator and has a genuine humility that resonates with young people. The Greens Marama Davidson was clearly pitching for the party vote and on current polling, she should get into Parliament at no. 15 on the list. She is a powerful communicator, highly intellectual and grass roots – hard. I was most impressed with the way these 3 presented that night and were no doubt the stand out candidates. They’re young, educated, bilingual and brown. They represent the changing face of NZ politics and each one of them is MP and ministerial material. Moreover, they gave a glowing example of what the next Coalition government will look like. With the last couple of weeks focus on Hager’s excellent book, at least these three can give us confidence that the new, up and coming crop of future MP’s will choose not to entertain the gutter politics we’ve had exposed of late.