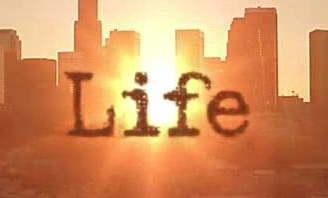 It’s a shame that it took a brain injury for me to start seeing things with such startling clarity.

The realisation that lawyering, fishing, parenting, selling cars and racing yachts had common themes was stunning. Not perhaps as stunning as the initial blow that left me crumpled in a prison cell, my poor head bleeding inside and out, but within a couple of weeks, the results were starting to show. And within a year, the terror of realising that everything was different now, reduced enough for me to see the advantages.

Lucille couldn’t have chosen a worse time to leave him, Your Honour.

Four hungry children and a crop in the field

He’d had some sad times

Lived through some bad times

But this time the hurting won’t heal.

She had, indeed, picked a fine time to leave.

The Judge raised her hand, signalling “enough already”. Counselling and the opportunity to impart his horticultural skills on others by doing community work were what the sanctions she’d impose on the servile defendant. Part of her wanted to send the dude away, but the persuasive power of Kenny Rogers, articulating the most basic hurts and aspirations outweighed the complicated but accurate argument the prosecutor presented.

Either that, or perhaps the judge would have done almost anything to avoid being infected with my ailment. We all pretended not to notice, but surely they heard more than Kenny Rogers on endless repeat. How could they not notice the little blue tweeting birds circling my head and the distant backtrack: An intense yabbering cacophony of cartoon characters?

Thankfully, this unfortunate accompaniment no longer threatens to drown me with a king tide of craziness, but there were times when, mid-sentence, I clung to counsels’ bench for an entirely unknown period as I waited for the racket to subside enough to remember, at least, my PIN number.

These days it’s easier: Kenny’s constant crooning doesn’t dominate. He now sings quietly in the background, his words, carried on the wind, sometimes fading to a murmur, sometimes launching out of my own mouth, clear and strong as I identify the earthy, gritty reality that’s easily glossed-over with legalese. It’s times like these, when calculations involving Latin maxims, legal precedent, rebuttable presumptions, dicta and dogma suddenly become crystal clear. We are not here to serve the Law; it is here to serve us.

The period of profound stupidity I endured following the injury was terrifying, fascinating and at times intensely amusing. I went through a period of what I’ll call dyslexic Freudian spoonerism. Kim Hill, who had been eviscerating interviewees on what was Radio NZ, became “Kill Him” when I read her name in print. No doubt everyone thought I was laughing at the circling tweety birds. And while I knew I was crazy, I also knew the truth would often shine through, even if it was written otherwise. This is life after the Big Bang.

Losing my way to work and to drop off our boy at school wasn’t fun, nor was the searing light that forced me, hissing, into the shade and dark glasses even under the fluorescent lights in court. My tongue was ravaged as I repeatedly failed to keep it clear of my sharp teeth. I lisped and when I drank to wet my throat mid-speech in court, water flowed from my slack mouth and with it my dignity. I fought harder in court, lest I became an object of pity while I painfully paused, collecting my thoughts before methodically uttering them, focused on that crucial clearance between tongue and teeth that can make the difference between a fantastic or failed communicator.
A reputation for being relentless is worth cultivating in the law and I won’t say there was no element of it as I pressed on with a long and difficult appeal in the High Court. The lisping slow speech and cringing under the bright lights were neither a good sound nor a good look, but there was no time to brief the file out and a delay would render even a favourable result nugatory. It was now or never.

The appeal went badly. The fresh evidence wasn’t fresh, it was old. And, no, the last lawyer wasn’t an idiot for ignoring the old evidence the judge had just said was right before his eyes. The evidence before the District Court had been sufficient overall and about specific instances of penetration. A detailed analysis of the medical evidence supporting the appeal was “thoroughly unhelpful.”

The complexities and discussion of the House of Lords’ approach were easily countered by equally complex analyses by the Canadian and Australian Courts. There was no wriggling out of the matrix for my 15-year-old jailbird.
There are a million ways of saying “As Your Honour pleases,” but the addition of a deep sigh is probably best avoided. The seemingly kind judge adjourned early without comment, inviting me back for another session the following day. The last ground of appeal was that the District Court Judge had got it wrong by sending a violent rapist to jail for three years. This singularly unattractive ground of appeal was the last desperate ditch. Its merits and prospects were not good, given that the first four arguments had fallen in grim succession over the previous days.

She framed the ugly issue in a single question and looked at me in that dangerous, reptilian way judges sometimes do. I slowly removed my sunglasses and looked at her with my blackened eyes and said “yes”. She looked back at me, paused to show she wasn’t blinking and said “Go on then.” There are a thousand ways a judge can say “Make my Day, sucker.” The slight smile said that and, sadly, I didn’t lucky.

I didn’t know how long I’d been standing there. But in that passage of time I knew the most elegant argument would fail, as they all had. The argument with all its fine words crumbled in my mind and became a meaningless slurry of alphabet soup around my ankles.

Everything was lost, I knew it. I cocked my head slightly and raised a defiant eyebrow. I squinted under the glare and realised there was nothing left to but the stripped naked visceral message: Reach out to children.

The trial judge, when sentencing my young, cleanskin client, had noted that he continued to deny his offending. By doing this, he showed he was “remorseless” and “had closed the door on rehabilitation.”

Surely, I told the appeal Judge, when a kid closes the door, it’s up to us to knock on it and to counsel the child. Surely it’s up to us to reach out in these circumstances and show the boy the way. I bit my tongue with the last “the” and sat down, my jutting confident chin masking my fear.

Indeed, would we not do this for our own children? She was a parent. I was a parent. We parents looked at each other and knew that this simple rhetoric was authentic and true. With this resonant message, the appeal was allowed and a barrier to freedom was gone.

I was left wondering how the simple message – an almost throwaway paragraph at the end of my written submissions, could ever have been the making of the case. A good old dumbing-down with concussion made me realise there are some things one doesn’t have to think too hard about. Indeed, if much thought it required about such things, we’re off dancing with angels on the head of a pin.

I’d always loved simple messages, but this was epochal and it shaped my life. As I’ve taken simple messages – like Jobs for Whangarei! – on to the streets of this town, it’s struck a chord. As I’ve talked scornfully about Australian mokopuna cheering for the Wallabies, people have stopped in their tracks, turned around and come back to talk with me. They don’t need to ask how I know. We all know. They believe me when I tell them the Nats are closing this town down. The nod with resignation when I tell them to look around them at the poverty and desolation.

Which isn’t to say there’s no fight in this town. It’s election time and you’d expect to see a bit of it, but sadly it’s not seen in the candidates, all of whom seem to be nice enough people. But I have to say I’m used to more of a contest. I used to people fronting up, making their case
The real passion seems to come from the street, the rich and gritty streets. A heckler hit on me two days in a row at different markets during the weekend as the campaign hit the streets with a megaphone. On the second day he stopped his car and called me over for a chat. You a fucking Nazi, he told me, beaming. Seeing no one else could hear, I told him he was under-endowed. He told me that I wouldn’t know as I hadn’t seen it. I told him that I had and that his fly was undone. He looked down, blushed and went to leave. A wordy comment about Nazi formed then froze as a more simple message formed. The megaphone went to my mouth and a cheer went up as I called “Do up your fly and vote Labour!”

The heckler collared me in the court foyer the other day. He reached out to shake my hand. I squeezed it firmly. “You’re very aggressive!” he said. I told him I had to be. This town needs someone who will fight for it. He nodded and laughed. It was nice to chat with him after interesting encounters a few days earlier.

Today he complained of the proposed capital gains tax. As a rental property owner, I told him not to worry. There are no capital gains in this town. We agreed on that but little else. I asked why he bothered talking to me. He said that it looked like our crew was having fun and he liked the simple messages. “Jobs for Whangarei!” he said, shooting his fist in the air. “Do your fly up and vote Labour,” he said, dissolving into laughter. When the tears dried and he caught his breath, he said I could have his candidate vote. “It’s a start,” I said, making it clear I wanted more.

The name of my client was called on the loudspeaker. I told him had to go and grabbed his hand. He presented his cheek for a kiss. Not so fast, I said. I want your party vote first.

Kelly Ellis, Whangarei Labour Candidate, former journalist and current lawyer grubs her living from the criminal justice coalface but dreams of being a better parent and more dutiful partner to her long-suffering family.