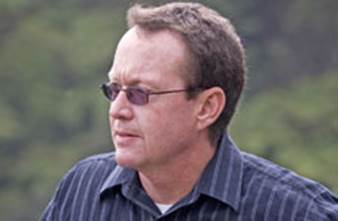 WHEN ACADEMICS take to blogging the rest of us best be careful. And when they offer comment on the subject of dirty politics we should all pay attention. I will always remember my history lecturer, Dr Michael Cullen’s, confident dismissal of the challenge of representing the working-class Dunedin electorate of St Kilda after the 1981 General Election. Having secured selection, he told his admiring followers in Labour Youth that Parliament would be a welcome respite from the most vicious and dirty political environment of them all – the university common room.

Dr Paul Buchanan has more reason than most to endorse Dr Cullen’s comments, which is why I was surprised to see him describe what I regarded as an admirably realistic assessment of democratic politics as evidence that I had either lost my ideological bearings or had “consciously decided to join the Dark Side”.

In Why Throw In The Towel? – A Brief Response To Trotter’s Cynicism  I am thus dismissed by Dr Buchanan as either bewildered or a blackguard, and my offending essay Dirty Politics – Is There Any Other Kind? dismissed as “a cynical defence of dirty politics as being the norm”.

Unfortunately, Dr Buchanan’s critique does not engage with my essay’s essentially historical realist argument. He does, however, rehearse (in suitably dense academic prose) my inverted Clausewitzian characterisation of politics as “the continuation of war by other means”. Democratic politics, in particular, argues Dr Buchanan, must be “self-limiting” lest the “political game descends into a zero-sum self-interested maximisation of collective opportunities.”

The above sentence is not, however, how I would formulate the alternative to the self-limiting behaviour so crucial to democracy’s success. The historical record suggests that, in the real world, the “self-interested maximisation of collective opportunities” is the democratic norm, and that, historically, the descent from that norm is characterised by the decision of key political actors to abandon self-limitation in favour of popular of state violence. “Foul means or fouler” was how I put it: revolution or repression.

Bluntly speaking, Dr Buchanan’s uncharacteristically idealistic aspirations for democracy (in his discussions of international relations he has always struck me as a pretty staunch realist) cannot survive the taste-test of history. And it is this ahistorical idealism which largely explains his disinclination to engage with any of the many historical examples included in my essay – not even the all-American examples advanced by his compatriot Professor Kathleen Hall Jamieson.

Whether it be the dirty political deal that abandoned Southern Blacks to their fate in 1876; or Joseph P. Kennedy’s dirty deal with the Chicago mob which secured the crucial electoral votes of Illinois for his son in the desperately close presidential election of 1960; or the low-down and dirty theft of the 2000 presidential election by the Bush clique and their Supreme Court allies; the historical proofs for the universality of dirty politics are legion.

Nor can Dr Buchanan escape this reality by shovelling all the blame for dirty politics onto the “elites”. The shenanigans I have observed in union elections do not bear repeating, and even in the idealistic Green Party the ruthlessly ambitious have been known to reach for the contents of the self-composting toilet.

Democracy has always danced upon the back of the monstrous interests composing the capitalist state. It does so, with the lightest of feet, because it knows that the monsters beneath prefer to govern by consent rather than force. To preserve at least the illusion of that consent, the political writers of the 1920s, were quick to reassure the powerful that, properly managed by astute politicians, a responsible media and the new (dark) arts of advertising and public relations, the millions of newly enfranchised voters would pose no serious threat to the status quo. For the likes of Edward Bernays and Walter Lippman, democracy without deception and distraction was a non-starter.

These are not pleasant truths, but those who locate themselves on the Left would be most unwise to ignore or dismiss them. Navigating by the starry eyes of the idealistic all-too-often lands left-wingers on the rocks. I prefer to steer by the real.

But there is dirty politics that works, and dirty politics that doesn’t. The manufacturing of popular consent increases in effectiveness in inverse proportion to the voters’ proximity to the factories where it is made. What Nicky Hager has exposed in his book is the failure of the National Party leadership to recognise in Cameron Slater and his comrades a political cadre too protean, too volatile, and much too much in love with the smell of napalm in the morning to be allowed anywhere near the Prime Minister’s Office. What Nicky describes is Watergate writ small: a scandal precipitated by a general failure, at the highest levels, to understand that the essence of successful democratic politics is illusion; and the only thing you must never do is allow the mask to slip.