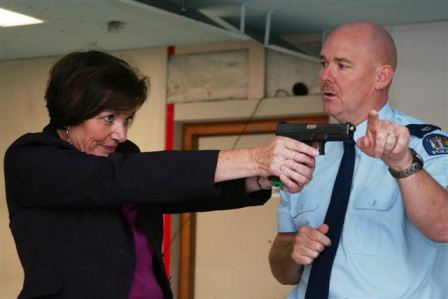 A damning report obtained by the newspaper reveals the burglaries were instead recorded as more minor crimes, or as incidents, which are not counted in crime statistics at all.

Five police staff, including then area commander Gary Hill, were sanctioned over the incident, and an “extremely disappointed” Police Minister, Anne Tolley, has moved to reassure the public this is an isolated incident.

About 700 burglaries were “recoded” in the Counties Manukau south area over three years, an internal police investigation has found. It found that about 70 per cent of the time, the offences should have remained burglaries.

There are just some sectors of the state that a Government should never try to screw. MFAT, the Judiciary, Treasury and the Police are some of those parts no Government in their right mind want to cross, sadly for the Government they have picked fights with MFAT and the Police.

Murray McCully is currently learning how much fun a Department wanting to harm him feels and the Police are now giving National a taste of this medicine. The complaints have obviously come from within the Police because only those involved in the process would know to complain about it. The pressure to mask the crime stats is clearly a political one and the Police are leaking the consequences of this pressure.

No day is ever a good day to be Anne Tolley, but this week looks like it will be unforgiving.