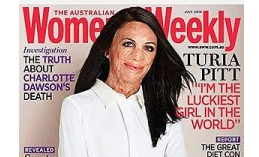 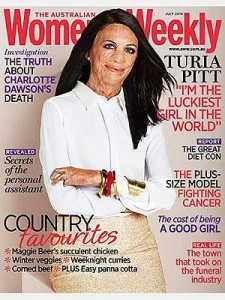 Three years ago Turia Pitt was running a 100km race in Western Australia’s harsh outback when she was caught up in a bushfire that she could not out run. The fire ravaged the land, and her body. Pitt suffered burns to over 60% of her body including her face, and spent 6 months in the hospital fighting for survival. Her burns have left her permanently scarred. Associate Professor Peter Haertsch, who led the medical team that carried out the life-saving medical procedures on Pitt said at the time: ‘This girl will have it tough.’ Pitt wasn’t just tough. She was a warrior.

The life-changing moment did not stop Pitt, 8 months after her ordeal while being interviewed for 60 Minutes Australia Pitt, the ultramarathon runner, said she wanted to start running and biking again. She has gone on to becoming a motivational speaker and fundraiser for Interplast, a charity dedicated to helping victims in need of reconstructive surgery.

It is now three years after the Bush fire that changed Pitt’s life and body forever and she has been chosen to be on the cover of an Australia’s Women’s Weekly issue that is out in July. She has been selected as a recipient of AWW Women of the future scholarship awards, by calling her “quite simply one of the most impressive women you will ever hope to meet.” Pitt got made-up, stood in front of the camera and celebrated surviving.

Pitt’s cover girl image on the front of a glossy magazine, usually reserved for ridiculing famous women’s bodies or idealising them, will challenge beauty standards, everywhere. Already, before the issue has even hit newspaper stands the editors of Australian Women’s Weekly’s decision to put Pitt on the cover, has gone viral and exploded on twitter with thousands of people championing Pitt and the Editor’s decision to have her as their cover girl. 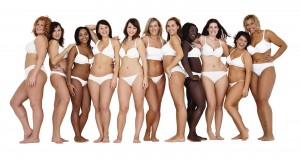 Beauty companies have often tried to “empower” women and “challenge” beauty standards, like Pitt has done. Such as Dove’s “Real Beauty” campaign, I got pretty excited about the idea of a beauty company finally using body diverse models, until I realised not only did the women in the commercials for “Real Beauty” still have nice bodies, normative hip-to-waist ratios and flawless skin, they also were Photoshopped.  So much for “Real Beauty”. Then we have the more recent #GirlsCan campaign from Cover Girl, their “girls can do anything” message is all well and good but as Elizabeth Plank of .Mic points out,

“Cover Girl, a company that’s spent the last 50 years telling young girls ‘Your personality needs layers, your face doesn’t’ and whose core message is, after all, to encourage women and girls to alter themselves to fit an unattainable standard.”

Pitt said in her interview with 60 minutes, “I do not really care about my looks”, I would argue these are revolutionary words to speak as a personal truth, not just some beauty companies or celebrities not-so-believable tagline. Pitt’s words counter a culture that places more importance on a women’s appearance than her character; a world which teaches young girls everywhere that your body is the most valuable currency you have.

Turia Pitt is not, of course, alone when it comes to women who have suffered extensive facial burns and then go on to publicly challenge western ideals of beauty. In 2008 the 24 year old English model and T.V host Katie Piper was leaving her apartment to go to an internet café when she saw a man coming towards her with a cup in his hands. Before she knew what had happened Piper felt her face explode in pain, which spread throughout her body. The man had thrown acid all over her face. Her violent and possessive ex-boyfriend had paid someone to attack her. She spent months in the hospital and amidst it all she filmed a documentary that followed her recovery both physically and mentally called, ‘My Beautiful Face’. Piper said it was the public support of her documentary that helped her realise “it’s ok to be me”.

“For me, beauty used to be about the best figure and looking the prettiest when I walked into a room. Now I’ve realised that is only surface beauty. I feel more beautiful and confident by surrounding myself with people that believe in me and encourage me.”

Piper has gone on to make a number of TV shows, and continues to be in the public eye, redefining and challenging what people think is beautiful.

Both Katie Piper and Turia Pitt do not just challenge beauty standards they shatter them. It is hard not to talk in clinches when writing on these two women because of course, without doubt they are brave, resilient, empowered and inspiring – beautiful, but they are also authentic examples of women in the process of accepting themselves, because self-acceptance is a process. Tuaria Pitt now travels Australia talking to young teens about body image, in one school room packed with mostly young teenaged girls she said, “I felt like people only valued me because I was ‘good-looking’ not because I am smart, gritty, determined – we are all so much more than our bodies.”