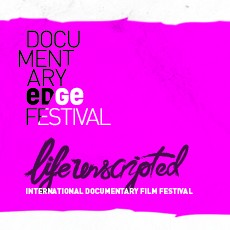 I feel cheated somewhat with the speed the Documentary Edge Festival has crept up on me. I missed the walk through and missed the Awards last night…

…and I’m annoyed because in the mass media world devoid of any actual critiquing of the society around us, we need the Documentary Edge Festival more than ever before. When Seven Sharp and The Paul Henry Show are the bench marks for public discourse in nZ, we need intelligent documentaries and everyone should make an effort to support this incredible collection of brilliant work.

It’s a far less political line up of films this year, with a wider focus on culture than conflict. Here are The Daily Blog picks for the 2014 Documentary Edge Festival…

Helen – Documentary on the life of Helen Clark

#chicagogirl – Documentary on the role of social media in the Syrian conflict.

The Immortalists – Documentary on the bio ethics of immortality.

The Devil’s Lair – Behind the scenes reality of a gangsters life in South Africa.

Nelson Mandela:The Myth & Me – profiling life and times of Mandela through the political leaders who knew him.

Ne Me Quitte Pas – real life drama of a beaten down village in Belgium.

Nuclear Savage – Looking at the impacts and effects of America’s nuclear testing in the Pacific.

Sickfuckpeople – The reality of being homeless in the Ukraine.

Farewell to Hollwyood – fascinating documentary on the final wish of a dying teenager.

Kids for Cash – Doco on the farce that is justice in America.