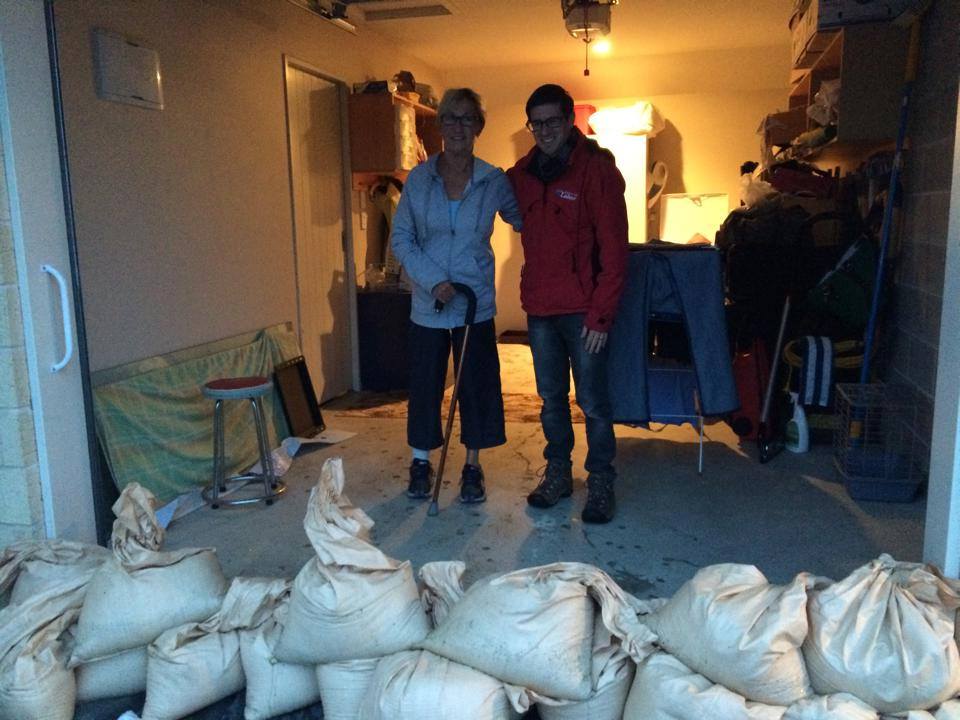 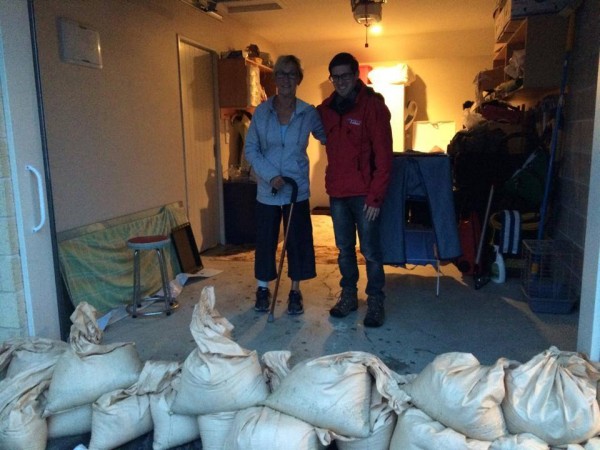 Last week the Flockton Basin flooded again – the second time in six weeks.  And not just roads and land, but homes and garages.  Some people have been flooded multiple times since the earthquakes.  One couple, after the March flood forced them out of their home, had stored their belongings in their garage.  They were about to get a container to store their belongings, which are now all destroyed.

On Thursday I helped several older and vulnerable residents, like Julie above, in the Flockton Basin area with their sandbags. But sandbags are an inadequate response for those facing repeated flooding until the Council’s two year area-wide solution kicks in.

Those I spoke with the day after the flooding had a sleepless night watching the water levels rise.

Anxiety levels go up every time it rains.

Last week I spoke with one Flockton Basin resident who lost her business in the February earthquake and has had her home flooded multiple times.  She is currently not living in her house because it is wet and mouldy.  The flood water contains sewage and everything it touches requires disinfecting.  The Council recently sent her a letter informing her of a property valuation increase which has meant a hefty rate increase.  Yet she doesn’t believe she could sell her house if she tried.

This area has a history of flooding, but engineering solutions (the Dudley diversion/pumpstation) in the 1980s reduced much of the flood risk.  The earthquakes reversed those gains – the land in this area dropped by 20cm-60cm – making it more susceptible to flooding.

The Council has developed two options for consultation for the Flockton Basin.

Option one costs $50 million and involves widening and deepening Dudley Creek and bridge replacements and upgrades.

Option two costs $53 million and involves a new pump station and bypass, plus some widening and deepening of Dudley creek and some bridge replacement.

Both options will involve Council purchasing people’s property; possibly compulsory acquiring it under the Public Works Act.  The Council hopes to fast-track the option they choose and have the works complete in two years from then.  That could be 2 ½ years from now.

An area-wide solution makes sense and the new Council has been pro-active in getting things moving and consulting the community.

But for some residents who face more flooding (possibly many times), particularly those who have already had water breach their floor levels and flood their homes, that will be 2 ½ years too long.