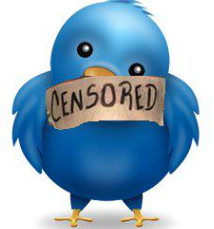 The freedom to provoke and in some cases offend is essential to the art of comedy yet the freedom to enjoy and participate in shows like this is something we take for granted here in Aotearoa.

The criminalisation of comedy seems like a bizarre concept, but is a reality for performers in some parts of the world. In 2006 Maung Thura “Zarganar” – a popular Burmese comedian, actor and director – was banned from performing or participating in any kind of public entertainment in Burma. In brave defiance, he spoke to foreign media in 2008 about the millions of people left homeless by a devastating cyclone in the Irrawaddy Delta. He was promptly arrested, and a few months later Zarganar was sentenced to 59 years in prison, convicted of “public order offences”.

Sadly Zarganar’s case is not isolated. Last year, in Egypt, stand-up comedian Ali Qandil and TV host Bassem Youssef were arrested for “defamation of religion”. In several other countries including Tunisia and Iran, satirists, bloggers, rappers and even political cartoonists are being imprisoned for their work.

Even  more disturbingly, the seemingly harmless acts of tweeting or commenting on Facebook can land you in jail (or worse) in many countries. Nigerian man Yusuf Siyaka Onimisi went missing recently after tweeting photos of an alleged attempted jail break-in at the State Security Service in Abuja, Nigeria. After nearly two weeks custody he was released, however there has been no direct word from Mr Onimisi himself and the SSS has not commented on the arrest.

NZ comedy, on the whole, is not for the easily offended. There are few social, cultural and political boundaries our entertainers are reluctant to push – which is something I am personally very grateful for – these funny folk are a powerful reminder that we live in a country where we are free to express ourselves without censorship, fear or persecution. Our comedians allow us to examine ourselves, our ‘norms’ and our lives and offer light hearted criticism and illuminating insights. This is all important stuff for a well rounded society.

So celebrate the freedom of expression we all enjoy here in New Zealand and tickle your funny bone at the 2014 Secret Policeman’s Ball. The two hour show features an eclectic line-up of notorious kiwi and international comedians that includes Guy Williams, Te Radar and last year’s winner for Best International Act, Ian D Montfort.

All proceeds go towards Amnesty International’s life-saving work and the night promises plenty of irreverent humour, moans, groans, and probably more than a few dirty jokes. If laughter is the best medicine then prepare yourself to be cured!

Get your tickets NOW from Ticketmaster