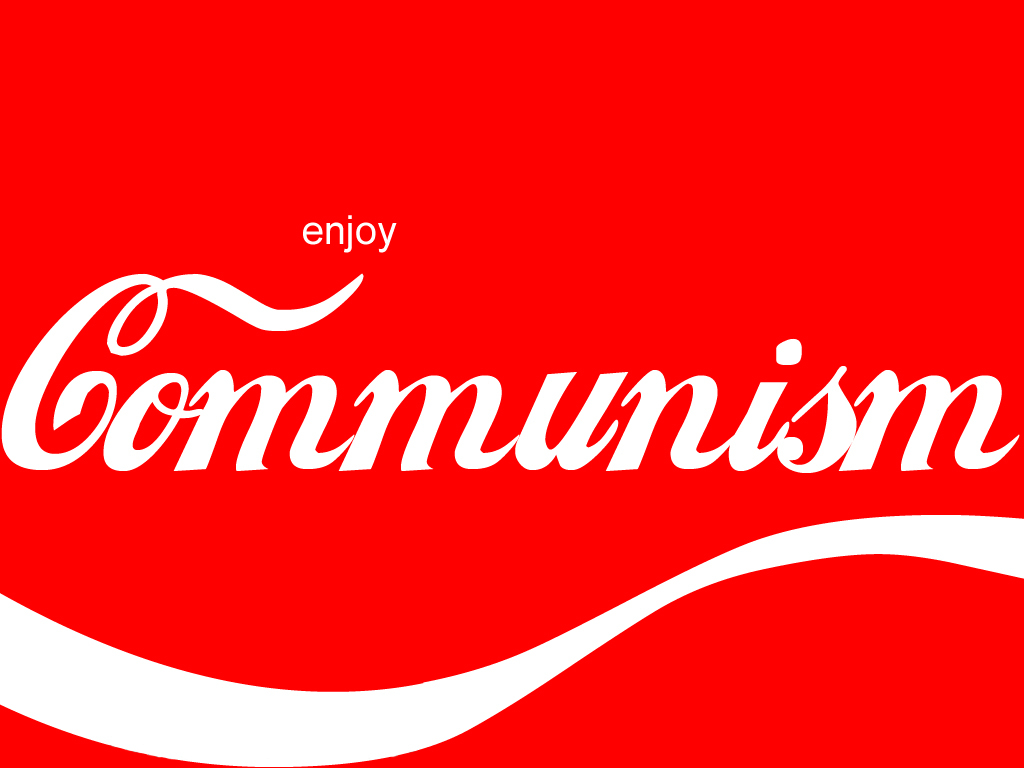 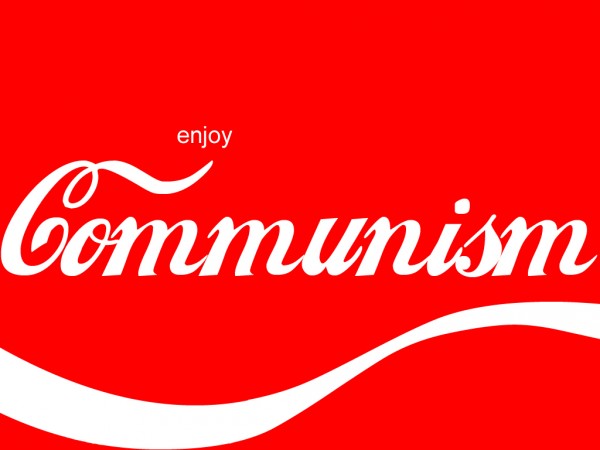 The sting of this book is in the subtitle; why Chinese communists make better capitalists than we do. The author,Loretta Napoleoni is a renowned economist and investigative journalist. Her previous publications Terror Incorporated:tracing the money behind global terrorism (2005) and Rogue Economics (2008) revealed key aspects of global capitalism. Maonomics completes the triptych; after Islamic finance and organised crime we have the Chinese economic model.

Two weeks ago Loretta Napoleoni presented at the Wellington Arts festival. I was unable to attend but listened to her interview with Kathryn Ryan on radio National`s Nine to Noon (Friday 7th February). Suprisingly,there have been no local reviews of her latest work. This is unfortunate, Napoleoni`s insights have particular relevance for New Zealand.

To understand why we must return to the subtitle which is directed to western readers. Why,in fact, do Chinese communists make better capitalists than we do? According to Napoleoni the answer begins with Deng Xiaoping. After Mao`s disastrous economic initiatives in the 1960s (`The Great Leap Forward`) and ideological purges of the 1970s (the Cultural Revolution) Deng charts a pragmatic course. To save Chinese socialism he oversees a strategy of foreign led industrialisation. Western and east Asian corporates are drawn to the availability of an enormous low wage workforce.

During the 1980s the world`s largest ever migration unfolded. Tens of millions of Chinese rural dwellers moved eastwards to the newly established industirial zones around Shenzhen and in the Pearl River delta. This was not an instant process. The first wave of factory workers were seasonal migrants, permanent ,large scale urbanisation did not kick in until the 1990s. Working conditions were of course horrendous; long hours,repetitive tasks,brutal management practices,hazardous workplaces factory fires – all at minimal pay rates. Deng and his colleagues knew that foreign industrialists were exploiting the local workforce. However, this was seen as a necessary step towards modernisation. As Napoleoni puts it , Deng`s strategy `transformed China`s languishing socialist economy into the global village`s assembly line`.

Subsequently,from 1995 to 2003 Chinese exports increased from 121 to 165 million US dollars. More than 65 per cent of this increase derived from Chinese subsidiaries to foreign companies; a modern domestic economy was taking shape. To this end Chinese authorities abandoned collective farms and allowed farmers to sell their surplus. Agricultural markets quickly thrived at village,local and regional levels.

Let’s fast forward to 2009-2010; over that period China`s per capita income increased in real terms and the GDP rose by 9 per cent. Meanwhile, Western economies were afflicted by high unemployment and zero growth. In blunt terms the Chinese growth machine has out- performed the West. Napoleoni also argues that China`s political economy is well organised,stable and designed to last.

While Western governments were divesting state assets to private corporations China was doing the opposite. Deng and his successors attracted foreign investment into manufacturing while maintaining control over vital infrastructures such as transport,energy and telecommunications. As Thatcher, Reagan and their policy advisors abandoned Marx and Keynes for Hayek and Friedman, China bucked the new orthodoxy. Party intellectuals concluded, from their reading of Marx and Keynes, that capitalism was inherently unstable if left to its own devices. This was especially true of the financial sector. Unregulated financial speculation and too-big-to-fail banks would continually destabilise the so called real economy. Here Napoleoni notes that senior Chinese politicians have learnt more from Roosevelt`s New Deal than their US counterparts. This became clear after the financial crisis and economic recession of 2008-9.

In the US, under Obama, fragile investment banks received trillions of dollars from taxpayers. The financial oligarchy was preserved and Wall St. reinforced its hold over the Federal Reserve and Capitol Hill. As financial speculation re-emerged the real economy languished and unemployment rose. Consequently, Obama`s stimulus package of early 2009 was largely ineffective.

In China, to combat the impact of recession, two economic stimulus plans were introduced. In the first the government spent 4000 million Renmimbi to strengthen infrastructure. With the second it injected 10000 million Renmimbi into the commercial banks for loans to those in need. Of this money 2000 million served to support the first stimulus. Where necessary,the Chinese government instructed banks to provide non-profit, non-performing loans for the purposes of infrastructural maintenance and development. If more profit driven loans were deemed necessary they were simply provided. The Chinese government was not short of money.

US attempts to squeeze China economically have failed. In November 2009 Obama approved import tariffs on Chinese tyres and other manufactured goods. However, China`s huge domestic market and high levels of aggregate demand served as a safety valve. Chinese producers can sell at home and abroad.

Amidst these economic realities Napoleoni highlights the hypocrisy of Western China bashing. Accusations about China`s corruption and contempt for human rights come from countries which supported the invasion of Iraq on false information and imprisonment without trial in Guatamano Bay and secret rendition centres. The US and British economies fuel the world arms trade as their banks indirectly launder the profits of narco-capitalism. A shadow, interbank trading system has developed as Wall St. and the City of London operate outside of national jurisdictions. Corporate tax evasion is a routine business strategy, at least until the next fiscal crisis in in North America and Europe. Clearly, people in glass houses shoudn`t throw stones.

China is also routinely criticised for its poor environmental record, most obviously with regard to urban air pollution. Napoleoni concedes the point but notes recent massive investment in in renewable energy including wind and solar power. China`s growing economic presence in Africa, a source of Western concern, is seen as more beneficial to local populations than the World Bank and IMF`s structural adjustment programmes (SAPs). Chinese economic imperialism, Napoleoni argues, is more benign than the Western neo-liberal variety.

Overall, Napoleoni mounts a formidable case, it seems that the global economy is becoming Sino-centric as Western neo-liberal capitalism falters. It even seems that Chinese criminals are winning the game. In a dark chapter entitled `Globalisation and crime` Napoleoni documents the expanding reach and strategic influence of the Chinese Triads relative to the Italian Mafia. Decentralised, hard to surveill networks earn mega-profits from fake merchandising alongside the usual criminal portfolios; prostitution, people smuggling, gambling protection rackets and money laundering. In these activities Triads grow in tandem with the Chinese diaspora, a massive demographic resource which no other country can match.

So, have we entered the Chinese century as Napoleoni suggests? My answer is mostly but not entirely. Napoleoni, I think, overlooks and underplays some fundamental problems. She doesn`t fully address the difficulties of economic co-ordination and the need for political and fiscal decentralisation. The world`s largest population base needs a federal system to handle the organisational complexity of capitalist modernity (albeit with Chinese characteristics). This was the framework upon which the American century was built,after a savage civil war. Economic co-ordination also requires adherence to a rule based system of law. Property rights and routine business activity need to be clearly and consistently regulated (in contrast to the ad-hoc,arbitrary interventions of the Party).

Napoleoni claims that `rule of law ` principles are taking root in China but I am not so sure. Those held culpable for the 2008 milk contamination scandal had one thing in common, lack of high connections in, or membership of, the Party. Herein lies the problem, the Communist Party is more likely to subsume judicial authority than to be subject to it. Additionally, China`s much cited social cohesion and Confucian values are threatened by socio-economic polarisation. The very rich and the very poor live a long way apart in sociological terms. The rising middle classes have left many millions behind. Or, to put it in Marxian terms, China`s advance through the capitalist phase has been brilliant, they have beaten the West at their own game. But, the socialist phase seems less attainable (even if we define socialism incrementally as in, say, Scandinavian social democracy).

Finally,socio-economic polarisation is entwined with monoculturalism and cultural discrimination. In short,the Han Chinese exert their demographic muscle at the expense of various minorities throughout the western and central territories. It would have been interesting to read Napoleoni`s assessment of this. Confucian principles of social hierarchy and shared respect are perhaps less inclusive than they appear.

And so, what about this country? New Zealand-Chinese relationships have been in the news a lot lately. Well, if Napoleoni`s general thesis is correct than New Zealand is trapped in a contradiction. On the one hand China is a vital trading partner, Chinese investors are buying up New Zealand land, urban property ,businesses and whole segments of our agricultural value chain. Our demography is becoming Chinese rather Western- Caucasian, Maori or Polynesian (especially in Auckland). These trends look set to continue. On the other hand, New Zealand seems desperate to sign up to a US dominated Trans Pacific Partnership Agreement
(TPPA). This organisation is,quite obviously, an attempted bulwark against Chinese economic expansion in the Asia-Pacific. At the same time we are paid up members of the `Five Eyes` ;the US,Canada, UK and Australia. Where America`s soldiers go ours go,when asked. What the US and American spy agencies do ours do too. All which raises the question;if China- US tensions get out of hand where will we stand, or run?

Anybody wanting to posit an informed answer should start by reading Loretta Napoleoni`s Maonomics.