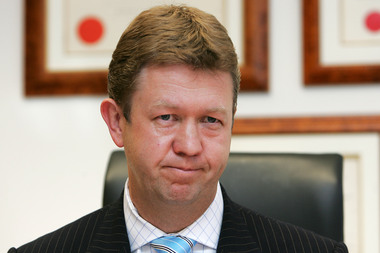 IS THIS WHAT PASSES FOR POLITICAL JOURNALISM NOW? To breathlessly inform the world that David Cunliffe is no more immune to errors of judgement than any other human-being? Is the standard against which our politicians are now to be measured nothing short of perfection? Because if it is, then none of them can ever be expected to measure-up.

We are told that “to err is human”, which is to say “to be human is to err”. So, yes, Cunliffe erred in not making sure that someone had measured the rhetoric of his State of the Nation speech against the detail of the policy it was promoting before he stepped onto the stage at Kelston Girls College.

In saying that, however, I am conscious of the additional burden I am heaping upon a person already weighed down with crushing responsibilities. Surely, when the Leader of the Opposition is handed the final draft of an important speech he has a right to expect that it is ready for delivery: checked and double-checked by competent people hired to do exactly that?

In any case, Cunliffe’s error in not accurately setting forth the details of Labour’s “Best Start” policy would only have been an important omission had the package distributed to the news media not contained all the relevant – and accurate – details.

And this, surely, is the point? A political journalist’s job is not to critique the performance of a politician as if he were an actor. Yes, both professions involve standing on a stage. The difference between them is that the actor has a script in which all the words and actions of the other actors on the stage are known in advance – and the politician doesn’t. Recognising this, the responsible political journalist pays much less attention to the style of politics than they do to the substance.

How will this policy affect the ordinary voter? Is a fair question. Why didn’t you include every single detail of the policy in your 40-minute speech? Isn’t.

But, surely, it was perfectly in order for political journalists to criticise Cunliffe for lambasting Key for living in a “leafy suburb” and being “out of touch” with ordinary New Zealanders? Shouldn’t a man who lives in a glasshouse valued at $2.5 million be a little more wary about throwing stones?

Well, yes, of course he should. Cunliffe definitely erred in not mentally running through the ways his words might be turned against him by a Press Gallery addicted to “Gotcha!” journalism. But, once again, hasn’t the Leader of the Labour Party the right to expect political journalists to understand the meaning of “representation”.

A Press Gallery that possessed even a modicum of good-will would have given Cunliffe the latitude to speak out on behalf of those his party was formed to serve –the poor, the exploited and all other marginalised New Zealanders. Viewed from that perspective, is it not a reasonable contention that a person with $55 million in the bank, a $10 million mansion in Parnell, a luxury holiday home in Omaha and a spacious apartment in Hawaii might strain to fully comprehend the day-to-day struggles of a solo mother in Mangere? Does John Key really come across as a man who is constantly allowing the hardships experienced by his widowed mother to shape the social policies of his party?

What exactly is the Press Gallery saying as it slams Cunliffe for hypocrisy? That well-educated professionals should not be permitted to lead the Labour Party? That Labour politicians married to highly successful professionals should, in the name of “authenticity”, persuade their spouses and children to live in a State House in the poorest suburb of their electorate? Does the fact that every weekend, in their electorate offices, MPs from every party in Parliament are brought face-to-face with the tragic realities of life on the margins of society, really count for so little?

People on the left are fond of saying that Norman Kirk was Labour’s last working-class prime minister, and that its only since “middle-class professionals” took over the party that it has gone to the dogs. But, as is so often the case with “people on the left”, this is quite wrong. Labour’s last working-class PM was Mike Moore. This hard-line neoliberal (and founding member of the infamous “fish-and-chip brigade” that toppled Bill Rowling) ruthlessly exploited his humble origins not on behalf of the dispossessed but in order to wrong-foot and humiliate the middle-class opponents of Rogernomics.

If an American aristocrat like Franklin Delano Roosevelt could bring in the New Deal and castigate  the “economic royalists” of his own class who stood in its way, then certainly David Cunliffe is entitled to draw attention to the experiential deficits of millionaire currency traders living in the leafy suburbs? (And am I the only one who has noted the similarities between Anne Tolley’s and Judith Collins’ attack on Metiria Turei and the journalistic assault on Cunliffe’s “hypocrisy”.)

As for the latest revelations or error – those swirling around the trust mechanism chosen by Cunliffe’s campaign team to conceal the identities of those willing to donate money to his cause. Have our political journalists really forgotten the strength of the factional undercurrents that have ripped and bruised Labour MPs and activists since the right of Labour’s Caucus imposed David Shearer on a left-wing Labour Party in 2011? Can the Press Gallery really not imagine the reputational and career consequences for those who backed a losing Cunliffe campaign – and then had their names made public?

Because that is the real story of the Labour Party; the real cause of Cunliffe’s all-too-human errors. The story that reveals how the true dividing line of New Zealand politics doesn’t run between Labour and National, but between the right- and left-wing factions of the Labour Party itself. And in that bitter struggle over this country’s ideological direction, far too many of our political journalists remain aligned with those who will do whatever it takes to ensure that the next Labour Prime Minister is anybody but Cunliffe.