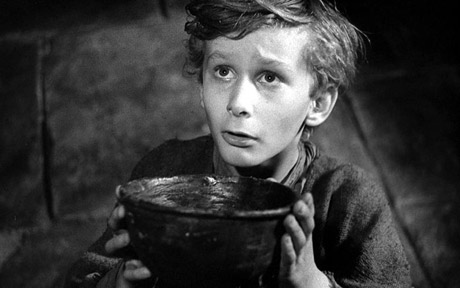 It’s like a scene from a Charles Dicken’s novel.

Imagine the owner of a 19th century “satanic mill” factory guilty of reckless disregard for the safety of workers as he engages in the “noble pursuit” of profit at any cost. 29 workers are subsequently killed but the owner walks free from court after getting his insurers to pay blood money to the families of the dead workers. This is accompanied of course with lots of pompous denials of a deal from the judge, weasel words from a bevy of bloated lawyers and the Prime Minister while the families of the dead men are left in frustration and disbelief.

Not much has changed. In 21st century New Zealand that’s the outcome of the Pike River tragedy.

This was confirmed with the public release of the letter from Peter Whittall’s lawyer, Stuart Grieve, offering $3.41 million in return for the dropping of the 12 charges against Whittle for health and safety breaches leading to the death of the 29 Pike River miners.

Grieve wrote the letter on 16 October last year just a few weeks before the case came to court. It was kept from the public and only released last week under the Official Information Act.

Grieve’s letter said that in

‘‘advance of the $3.41 million being made available, it is proposed [with precise terms to be agreed] that … the Ministry will not proceed with the charges laid against Mr Whittall by advising the Court that no evidence will be offered in support of any of the charges.’’

Seven weeks later the charges were dropped in the Christchurch District Court and it was announced Whittle and other Pike River board members would pay $3.41 million to the families.
At the time there were strenuous denials at any dirty deal from Grieve himself, from Judge Jane Farish who threw out the charges and from the Chief Executive of the Ministry responsible for the prosecution.

With the release of the letter the denials are being vigorously repeated by everyone involved. Even the Prime Minister has joined the chorus of those trying to argue that black is white. The establishment are closing ranks to protect one of their own.

The dead men’s families deserved to have this case heard and Whittall deserved to have his day in court to defend himself. But to his eternal discredit he slunk away from responsibility and the state helped him on his way.

WorkSafe NZ chief executive Geoffrey Podger said the offer was not solicited – as though that somehow changed anything. He also said that in his experience, most legal letters of this kind ‘‘invariably make that kind of suggestion’’.

He would know. Immunity from justice is always for sale in New Zealand when it comes to employment law.

Dirty deals are done every day as employers escape responsibility for breaches of employment law and health and safety regulations with the payment of blood money.

New Zealand was once a lot better at looking out for workers but we’ve gone backwards in employment conditions and health and safety under the free market deregulation policies of Labour and National.

When an employer pays less than the minimum wage; when they employ people as contractors knowing they should be employees; when they bring in migrant workers and coerce them into silence with the treat of deportation because the employer holds the visa (and often the person’s passport) or when they breach health and safety regulations and a worker dies the worst they can expect is a few thousand dollars in fines and a slap on the wrist.

Let’s be honest. The lives of workers in New Zealand today don’t count for more than they did in the “satanic mills” of Victorian England.