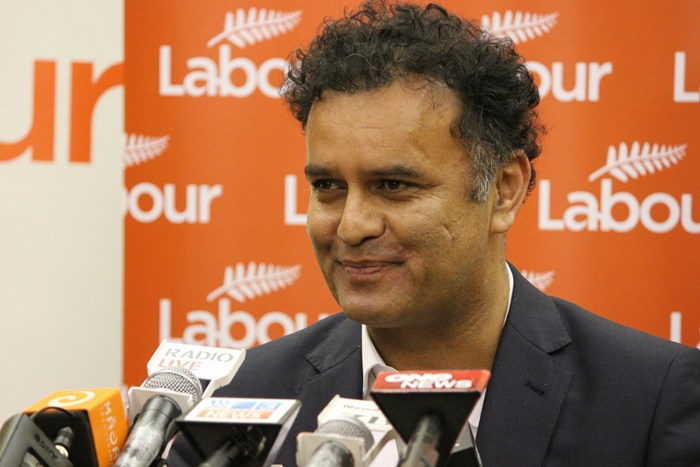 The decision by Labour Party leader David Cunliffe to appoint Unite Union leader Matt McCarten as his chief of staff has been a huge surprise on the left of politics.

The decision by Matt McCarten to accept the appointment is also something of a surprise to those who have seen Matt as one of the most prominent critics of the Labour Party’s failure to articulate a genuine and inspirational vision for the left. 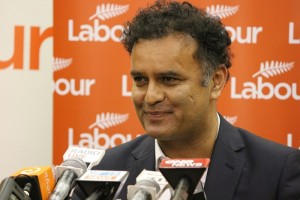 If Labour wins the election Cunliffe’s decision will be seen as the inspired choice of a courageous leader. If Labour loses Matt and Cunliffe will probably be looking for a new job.
Why David Cunliffe made the appointment is probably easier to understand and explain than why Matt accepted. If the Labour Party believes it is necessary to mobilise the vote of their core support to win the election then the appointment of this working class fighter to this important role is a clear signal. Matt is also without question the smartest, most talented and most experienced election campaign manager in the country of any political persuasion.

He has run a dozen or more campaigns for New Labour, the Alliance, Maori Party and Mana since he left the Labour Party with Jim Anderton in 1990. Many of those campaigns were successful beyond what many considered possible given the resources he had at hand. He had an exceptional ability to inspire and motivate a volunteer army to go out and do what was needed. He also has a creative spark that was able to distill complex issues to understandable and popular themes. Matt also has a good relationship with players in both the Greens and Mana Parties whose votes will be needed to form a left of centre government.

Cunliffe will get all that and more. Matt is the sort of creative genius that is working 24-hours a day seven days a week because if the job needs doing it just needs doing. Matt is also incredibly loyal to the principles that have motivated him throughout his political life and loyal to the leaders of the parties that he has helped organise. While Matt gets the blame from Jim Anderton for the split and demise of the Alliance Party Matt actually remained a loyal President for Anderton until the day he was presented with a demand to support an undemocratic coup against the entire Alliance Party by a small clique around Jim Anderton. It was only at that point that Matt as President of that party had no alternative but to say no.

What was surprising to me was not that David would want Matt but that he had the courage to appoint him in the face of what would have been formidable opposition within his own caucus. Many of the current crop of Labour MPs have been on the receiving end of Matt’s political campaigning and probably still hurt. Jim Anderton is clearly one of those. In my view Cunliffe deserves significant credit for the move.

Neither Matt or David had had a significant discussion together until a few weeks ago. As I understand what happened Matt had gone to see David about his ideas for a trade union-based campaign to enrol workers and get out the vote for the general election. What was going to be a 30-minute chat turned into a three-hour discussion and the rest is history. Matt said there was an immediate chemistry and I take him at his word on that issue. I am sure David convinced Matt that he was genuine about making a difference for working people if he gets to be leading the next government and Matt knew he had something to offer David to help make that happen.

Personally I have my doubts on the first part of the equation but am happy to be proved wrong.
The Labour Party in government has failed to challenge the fundamental inequalities that exist in this society. Economic and political power remains in the hands of a small, rich but powerful elite. They dictate the limits of change. Labour as a party that wants to simply manage the system inevitably ends up serving that system.

I want a party of working people that is willing to challenge the system. I want a party that seeks to replace the existing capitalist society with a democratic, cooperative socialist society. I think that the future of the planet as a living organism also needs that sort of society. Tinkering with the system won’t be enough. Labour and the Greens are tinkerers not challengers. That is why I support the Mana Movement. Mana is based on Maori and working class fighters who are trying to show all working people the way forward. The problem is that working class people who are white or asian don’t see that need yet and it may take some time – and more importantly real struggles – before that happens. But Mana remain the beacon of hope for the future that we must do everything we can to nurture and promote.

I said to Matt that I wouldn’t accept the position as Labour chief of staff if it was offered to me. He made the obvious point back that the job would never be offered to me!

Matt and I have fought together as comrades for the last decade as co-leaders of Unite. What made Matt different from many union leaders was that he has complete confidence in the working class’s ability to get off its knees and fight for a better world. Unlike many leaders of the labour movement (political or industrial) he has no fear of workers standing up and fighting. He didn’t see his role as an industrial firefighter putting the flames of struggle out. He knew that whatever strength we had a union negotiators was only as much as the army behind us. And that army had to be fighting fit to be much of a threat to anyone to make concessions. 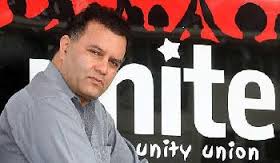 I have enjoyed our time together in the struggle to build Unite immensely. Matt is always the big vision man. He was never the most “radical” politically in the union but he often saw further and clearer than the most radical. His plans for the future were always ambitious. Even when both our credit cards were maxed out during the SupersizeMyPay campaign in the fast food industry in 2005-6 he remained calm and confident we would win. But Matt was always a “reformist” in the most meaningful way – not in the way the self-styled “revolutionary” middle class kid can use the term as an epithet whilst on their temporary sojourn in the working class struggle as a young socialist activist. I have seen too may of those come and go in my life.

Matt was a reformist in that he genuinely believes we must fight for reforms here and now in the interests of working people. He knows that it makes a difference to the lives of hundreds of thousands of working people and their families what the minimum wage is. He knows unions are more effective if the access laws give us a chance to talk to and recruit workers. He knows the unemployed need a decent benefit to survive the ups and downs of the business cycle.

Capitalist politics depends to a degree on there being a genuine difference between two major parties of the left and right who can alternate running the system between them. Logic dictates one must of the centre-right and the other of the centre-left. This is true where traditional social democratic parties exist as well as countries like the USA where the reality is that the Democrat and Republican parties division is more like the right and left of the National Party. Working people often get reduced to voting for the “lesser evil” as they see it.

MMP changes that to a degree by giving the possibility of a broader range of parties to the right or left of the major parties. In most cases these parties will not necessarily be “system change” parties but simply want more radical reforms of the existing system.

For parties on the left that is becoming much more difficult. Capitalism appears less and less able to countenance even modest reforms in the interests of working people. Radical left parties that have joined governments of the centre usually get wiped out relatively quickly. That is why I believe we need a movement whose goal is to radically challenge and replace the system that exists.

Until now Matt also though it was more useful to build a political movement to the left of Labour – even if the goal was in part “to keep the bastards honest”.

Matt has now been offered a position at the heart of the leadership group in a party that has the possibility of leading the next government. Anyone who knows Matt will realise he could never turn that down. Not because he is a opportunist who has been bought off but because he believes he can and will make a difference. Big business will be concerned about this appointment for the same reasons and we can expect the attack dogs on the right in the media to start their campaign to undermine David and Matt for this decision. Prime Minister John Key denounced Matt as “hard left” and said the appointment reflected unions “getting a tighter grip on the direction of the Labour Party.”

The left should welcome this appointment. It does mean there will be more opportunity for a united, collaborative campaign of the broader left to get rid of this government. It can make us a little more optimistic that the new government may make decisions a bit more favourable to working people and a little less favourable to big business. For Matt that will be a victory worth fighting for. 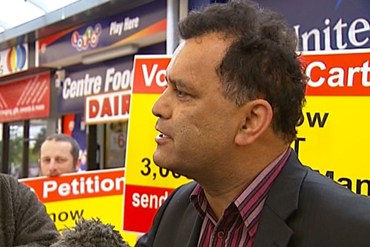 I continue to believe that we need to build a movement to the left of Labour, but not just to “keep the bastards (including Matt McCarten) honest” . For the longer term struggle to actually replace this hideous society of inequality, racism, sexism, dispossession and war we need a movement of working people whose goal is a complete system change. That will be a movement worth fighting for.