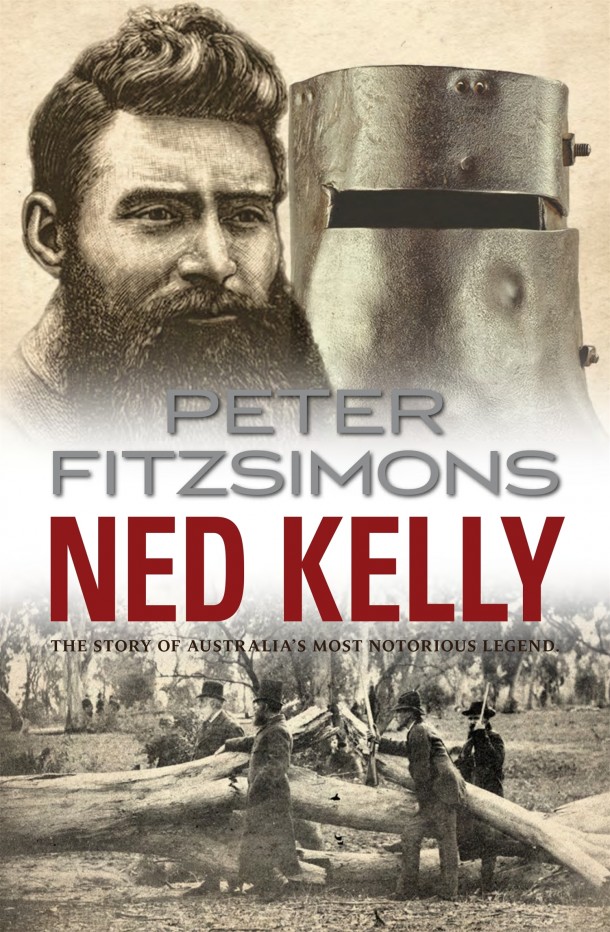 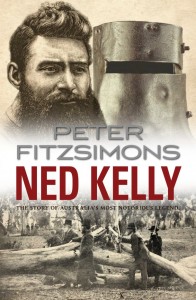 This is such a good time of year. Particularly when summer arrives early. The country starts to heave a sigh of relief as another frantic year ends and holidays are in sight. We catch up with friends and family at social events and wonder, again, why we wait until the end of the year to enjoy such human activities. And Christmas shopping is a breeze as with good second hand book shops nearby all presents can be sorted in a leisurely Saturday morning’s browsing.

Then there are the thoughtful people who give you a present early and the wrapping comes off in jiff so it can be enjoyed instantly. Such was the fate of Peter Fitzsimons’ new book on Ned Kelly given by a close friend who had overheard my admiration for our Ned. And having devoured the 727 pages within the week, interrupted only by the need to earn my daily bread, my thoughts turned naturally to the New Zealand Labour Party. I will explain below.

When I was growing up the greatest praise that could be given was to be told that you were as “game as Ned Kelly” or “just like our Ned”. Unlike children on the other side of the river who were taught that Ned was a murdering brigand, the adults in our world stressed that Ned was striking out at the forbears of the Liberal and Country Parties. These said forbears (when very young I thought the reference was to koala bears) being the powers in the land who were the second and third sons of the English bourgeoisie and aristocracy and the Irish Protestant ascendancy oppressed the Irish Catholic and English workers who were seeking a better and just life in the new land- new to them that is and not the original inhabitants. So to be fearless like Ned against all who would stand over you was praise indeed and actively sought.

And the connection with the NZLP? Australian poet and songwriter John Manifold while lauding Ned warned that Ned’s way would not bring about the defeat of an unjust system:

And no man singlehanded can hope to break the bars;
It’s a thousand like Ned Kelly who will hoist the flag of stars.

So when a friend recently sought my advice as to whether he should consider joining Labour’s list after being asked to put his name in by eminent Labour officials, the verse cited came into my mind. And with the elevation of David Cunliffe to the leadership in a tumultuous year for Labour this end of year period is just the time for summing up as to where Labour could be going and what efforts should be made to make sure it goes there.

I told my friend, we’ll call him Ned, that the invitation should be given serious consideration. He was not going to change the world simply through his own meritorious pursuits, noble and as worthwhile as his endeavours are. Although his day to day activities won’t end up in a deadly siege with the police as with Ned Kelly (at least it is to be hope not!), to hoist the flag of stars he needs to be part of a progressive movement. Those were my first words of advice.

But of course my reply begged his question: And the NZLP is such a progressive movement?

That led us to the next stage of the discussion: Once in the Parliament as part of a parliamentary caucus how did he survive? Being as game as Ned was not enough .Nor was going down in either a hail of bullets (usually fired by your own “colleagues”) or more likely with a whimper rather than a bang.

Ned’s view of the membership was that it wanted a strong and coherent social democratic party with a firm programme that moved taxation towards a progressive tax structure, and away from indirect taxation. The membership did not just want Labour to retain state assets but to expand the public role in the economy, institute a vigorous state housing building programme and to put the emphasis back into “development” in a resuscitated Ministry of Regional and Economic Development.

From this base Labour could build an economy that can fund a just and equitable society. Labour could then afford the smaller classrooms to drive the educational revolution that is so needed and end the shameful figures we have on child poverty and all the problems that flow from those appalling statistics.

And of course at last Labour would firmly anchor us with a genuine independent foreign policy that would see us withdrawing from Echelon (thank you Edward Snowden and Julian Assange), reinstitute an independent development aid agency, oppose the dangerous US containment policy of China, take effective action on nuclear disarmament (the policy is for export) and become leaders in action on climate change. It will insist on transparency for all trade negotiations.

A lot to do. You will need allies I said to Ned. Identify them now. Form a left caucus with them that means business and won’t be swayed by offers of select committee chairs and ministerial roles to forego the path charted. Learn from the 1984-90 Labour government whose members, largely, were bought for such baubles. David Lange was to call his cabinet “a terrible lot”. Stay clear of those whose sole reason for being a Labour MP are the airpoints, lounge memberships and the desire to be a Minister, come what may.

And this progressive caucus, structured and meeting regularly and grounded in principle and clearly defined polices, should aim to keep the strongest links with the membership.

Ned has taken this prescription away to think about during the Christmas break. Along with my book on Ned Kelly.