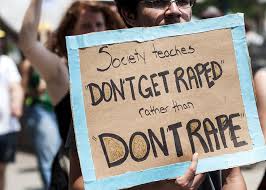 There has been much written and discussed about the appalling behaviour of those who name themselves “Roast Busters”. There is no excuse that can be made for this behav- iour and it is concerning that people who fulfil a role that is in the public eye feel free to ex- press their personal views which questions their very suitability for any role that allows them to influence public opinion.

But there is an underlying concern about how the victims have been dealt with and why our institutions have contributed to the trauma that the young women have endured.

The Minister of Police has referred police action or inaction to the IPCA and there may well be some lessons to be learned from that process. But there are some more deep seated questions that need to be addressed in order to increase confidence that the justice sys- tem will deal appropriately with incidents of rape and sexual abuse.

Justice Minister, Judith Collins, has expressed her view about Jackson and Tamihere’s misogynist comments on air and has undertaken a campaign of writing and speaking in support of better prosecution of offenders charged with sexual offences. This recent stance does not stack up with the Minister’s rejection of the recommendations of the Task- force for Action on Sexual Violence and the Law Commission’s recommendations for changes to trial processes for prosecution of sexual offences. These recommendations for changes to trial processes were aimed at reducing the distressing impact on victims and survivors and addressing the significant under reporting of sexual offences in New Zea- land. It has long been accepted that 90% of sexual offences go unreported.

The “Roast Busters” episode highlights the importance of protection and safety of victims in order to encourage prosecution. The fact that the Minister considers that she personally does not support alternative processes is irrelevant. The Taskforce and the Law Commis- sion – comprised of experts who have undertaken extensive research – all recommended changes. Judith Collins predecessor, Simon Power, favoured the changes and had in- formed himself by visiting Courts in Europe. But the current Minister has confidence in her own opinion over that of 15 Taskforce members, submitters to a Ministry discussion paper, Law Commissioners and a former Minister who observed practices and informed himself.

The Minister’s position exemplifies the lack of leadership by the National Government on this issue. Her recent rhetoric does not change the facts. It was this Government that cut funding for front line services throughout the sector in 2009. Now the reintroduction of some services is being lauded as an appropriate response to the issue. We still do not have the same services in place as we did prior to the funding cuts despite the surveys and reports that clearly stated urgent action was needed at that time. A year ago the HELP Foundation cut it’s 24 hour rape crisis helpline because this Government refused to provide $200,000 funding. And then in July this year this Government announces a “fund- ing boost” for sexual violence crisis services, including HELP Foundation. And so they cut funding, create a crisis in this critical area and then expect plaudits when they take steps to counter their cuts. And it was this Government that withdrew $6.1m pa of counselling support for sexual violence victims from 2008 to 2011. Announcements talking about re- viewing and restructuring counselling services do not undo the harm of over 4 years of in- activity and withdrawal of services that are so necessary to prevent and deal with the high levels of sexual violence and sexual offending we experience as a country.
   
The Minister of Justice has had the opportunity to act on the recommendations of the Taskforce and Law Commission. She has chosen not to do so. Instead she has tried to justify her rejection of what can only be an improvement to our current system by stating that her Victims of Crime Reform Bill is going to make sure that victims of sexual offences are better supported in the Court process and that there will be a resulting increase in the prosecution of sexual violence offences. Such an assertion is disingenuous. That Bill does nothing to address the shortcomings that have been identified in our system since the 2006 Crime and Safety Survey. It does nothing to implement the Taskforce recom- mendations and it does nothing to address the recommendations of the Law Commission.

This is an issue about priorities. Addressing the issue of victims of sexual offences and ensuring prosecution of offenders in a system that is comprised of specialist judges, pros- ecutors and jurors, that is supportive and assists the victims has been ignored and dealt with by the current Minister of Justice in the most cavalier manner. At best one might say that this Government is at least recognising the errors they have made in under resourcing the sector by starting to reinvest in the sector. But the cost has been great – and the fact that these “Roast Busters” have existed throughout a period when 24/7 helplines have had to curtail their operation, counselling support has been cut and alternative Court processes have been rejected by a Minister who knows better than especially established Taskforces raises serious doubts about any statements recently made by a Minister who tries to con- vince the public that she and this Government are committed to providing better support for victims of sexual offences and increased prosecution. Those statements are not sup- ported by the Governments actions in cutting resources and it’s lack of action in imple- menting the Taskforce and Law Commission’s recommendations. People should be judged on what they do not what they say.