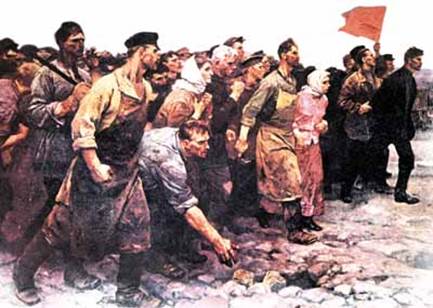 THINK, OAMARU. The steam-punk capital of the South Pacific, with its whitestone Victorian architecture and its intriguing galleries filled with Donna Demente’s magical artworks, is a pretty little North Otago town of roughly 13,000 inhabitants.

It’s a fascinating place, with some very interesting buildings and some truly entertaining citizens, but honestly, Oamaru is hardly what you’d call a mover or a shaker in the greater political scheme of things. How could it be – with just 0.3 percent of the New Zealand population?

But what if Oamaru, instead of being the home of retailers, moteliers, stock-and-station agents, retired cockies, quirky artists, restaurateurs and tourism operators, was inhabited entirely by people earning more than $250,000 per annum? How powerful would it be then?

The question isn’t entirely fanciful, because 13,000 is the number of New Zealanders earning more than $250,000 every year. If you want to quantify this country’s ruling-class, 13,000 is a good number to start with.

Included in that 13,000 figure are all the bosses of the big corporations, the big SOEs and the big Government departments, ministries and agencies. It encompasses the justices of the Supreme Court, the Court of Appeal and the High Court; the heads of the armed forces and the police; the vice-chancellors of the universities, the chief executives and editors-in-chief of the largest print and electronic media organisations as well as their highest-earning “stars”. (Yes, Mr Hosking, that means you!) Also included among the rulers are the leading members of the major professions, cabinet ministers and the mayors of New Zealand’s largest cities.

Put them all together in one place and you’d have a town the size of Oamaru.

Just think about that for a moment. All that aspiration out there in the population: all those people striving to make it to “the top”; this is the cut they’re devoting their entire lives to making; to being the one person in 323 who gets to live in “Rulerville”.

Most of us, of course, haven’t a hope of making the cut. But there are some who could reasonably aspire to taking up residence. The 5 percent of New Zealand income earners paid between $100,000 and $250,000 per annum – 100,000 individuals, tops – are in there with a chance.

Indeed, at just 113,000 individuals, the New Zealand ruling-class (plus its realistic aspirants) would fall short by a margin of 40,000 votes of the 5 percent MMP threshold. (Approximately 153,000 votes.) In other words, if there was a party made up exclusively of New Zealanders earning more than $100,000 per annum, it would, almost certainly, fail to win any seats in Parliament.

And yet, they rule.

In the last General Election 1,058,636 New Zealanders voted for the National Party. That figure represents just over one third of all the eligible voters in the country. Brought together by the New Zealand ruling class in 1936, primarily to defend its vital economic and social interests from the “socialist” policies of the Labour Party, National’s ability to enlist so many voters in a cause which, objectively, is utterly at odds with both their personal and familial interests, is little short of miraculous.

A core group of less than 1 percent – rising to a maximum of 4 percent if its aspirant members are included – has devised a way of convincing hundreds of thousands of its fellow citizens that the preservation of its power and privilege is, somehow, vital to the well-being of the whole of society.

Somehow, the brute facts of income distribution in our society – e.g. that more than three-quarters of us earn so little that we don’t even qualify for the middle tax rate – fail to register with the ordinary voter. We ignore the fact that we spend most of our lives paying off various kinds of debt. We pretend to be classless and free – somehow blotting out the fact that we spend a huge part of our waking lives taking orders from a ruthless collection of supervisors, managers and bosses. We point proudly to our democratic heritage, only to wake up one morning to discover that a property developer has won the right to drastically alter the street where we live – and there’s not a damn thing we can do about it.

The most bizarre phenomenon of all is that even after these facts of life are pointed out to us; even after we’ve been forced to acknowledge that we’re neither classless nor free, and that our lives largely belong to the bosses and the banks; it makes not the slightest long-term difference to our behaviour. It’s as if we’ve all been subjected to the memory erasure technology featured in the Men in Black movies. No matter how many times we are made aware of the truth, the lies of the ruling-class have a mysterious way of reasserting themselves.

What we should be reminding ourselves of, on this day of all days, is that it was not always so. The was a time when the ruling-class found huge swathes of the working-class to be stubbornly immune to the memory erasure beams deployed by their very own “men in black”: the churches, the schools, and the news media. On “Labour Day” workers and their families celebrated the fact that without the contribution of labour, “capital” could be nothing more than a ledger-entry. What good was a butchery or a bakery without the butcher or the baker?

What these workers of a hundred years ago had learned to do, and what we appear to have forgotten, is how to count. They looked at their world and they noticed that the working-class were numerous and the ruling-class was not. They discerned that a society run upon democratic lines – a social democracy – would reduce the ruling-class’ influence to something more closely approximating its infinitesimal numbers.

They have hoarded untold millions that they never toiled to earn,

But without our brain and muscle not a single wheel can turn.

We can break their haughty power, win our freedom when we learn,

That the union makes us strong.

How long shall a nation of 4.2 million be dictated to by a ruling-class the size of Oamaru?

How much longer before we recall the lines, written by the radical romantic poet, Percy Bysche Shelly, in the aftermath of the bloody Peterloo Massacre?

Shake your chains to earth like dew
Which in sleep had fallen on you
Ye are many – they are few. 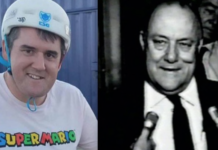