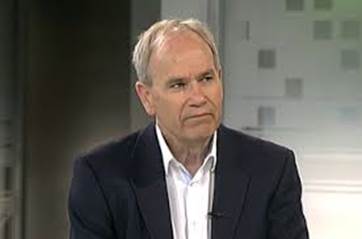 We live in unprecedented times. We have ‘crossed the Rubicon’ to reach ‘a new low’. Politically-speaking, we now swim in unchartered waters and the only thing we know for sure is that they are shark-infested.

One scandal at a time. Len Brown had an affair. This I do know for sure. Online, in print, on television and on talkback, in extensive and explicit detail, I saw more than I needed to see and heard more than I needed to hear. My eyes need rinsing. My ears need washing. I’d never thought of Len in that way and don’t thank him for conjuring the mental image of his naked cavorting. But I don’t condemn him. This is a marital matter, not a mayoral one.  He cheated on his wife, not the voters. And that’s where this sex scandal runs out of steam. Adultery may be a sin but it’s not a crime. Unlike blackmail. Or election fraud for that matter. By contrast, these are very serious issues and their implications for the safety and sanctity of our democracy are profound.

After the tidal wave of tittle-tattle, the tsunami of ‘scuttlebutt’, the ‘maelstrom’ of mud, another story emerges, darker and more complex, as a sex scandal morphs into a political scandal. For an American reference, things have moved from Lewinsky to Watergate. The NZ Herald, the NZ Listener and Metro Magazine are now reporting on an attempted coup by character assassination in the last local body election.

According to the NZ Herald, “if events had gone to plan, the mayor would have resigned citing health problems,  [John] Palino would have had the highest vote of surviving candidates when the result was declared, Chuang, Brown and his family would have been saved public embarrassment and the public would have been none the wiser. If this sounds like an American political intrigue, it is. It is not the way things are done here. Our elections are decided by voters, not by underhand threats and warnings.”

It’s much the same in the NZ Listener: “Kiwi public figures have been caught out in affairs and hypocrisy, but never in circumstances that pointed so strongly to intimate details of a politician’s private life being used by rivals to nobble him. There is no doubt that despite denials about who knew what when, Brown’s profoundly ill-advised affair with a much younger political aspirant was covertly used against him. Pressure was applied to his lover, Bevan Chuang, to spill the beans before the local body election, in such a way as to prompt him to withdraw his candidacy.”

Metro Magazine asks the question “who stands to gain from the whole sordid mess?”, naming Auckland City Councillor and Brown opponent Cameron Brewer, Maurice Williamson and Judith Collins. “If any of them knew anything at all, they will have done their best to ensure that events played out, not just to the advantage of their party, but to their own political careers. Not surprisingly, as we went to press, accusations were flying about who orchestrated what. Brown got caught with his pants down. What’s also at stake, now, is control of the National Party in Auckland. Reputations are being made and broken.”

He did however admit to receiving a lot of OTHER scandalous information. “I’ve had plenty of people who’ve rung me up with information about Labour MPs,” he said. “And I’ve done the same thing to every person that’s rung me. I’ve written it down, put it in my top drawer and kept it to myself. I’m just not interested in engaging in it.”

Well, someone was very interested in engaging in it. Was it John Palino? Previously best known as the American front-person for a Japanese sushi chain named after a French saint, the former mayoral candidate denies all knowledge. To date, he remains on holiday in Australia. Palino campaigner worker, former young Nat and inveterate photo-bomber  Luigi Wewege has also left the country. “I was politically naïve” are amongst his last words on New Zealand soil. All he did was  “just get information and pass it on.”

Sensing the danger, Brown’s former mistress has “a legal opinion clearing her of criminal liability”. According to the Herald on Sunday, “barrister Simon Buckingham has provided a legal opinion to Bevan Chuang’s supporters” and “there appeared to be no evidence to implicate Chuang for any potential blackmail under the Crimes Act. Buckingham did not think Chuang had committed any criminality due to clear evidence she had been pressured into making statements that made the affair public. Blackmail is punishable by up to 14 years in prison.”

And there’s the rub: politics may be “a dirty, disgusting, despicable game ” but unlike adultery, blackmail is a crime, a serious crime, punishable by up to 14 years in prison. If there was a covert plot, a conspiracy to subvert and undermine the intention of the electorate, as is being widely reported in our leading print media, then those responsible must be brought to account.

Speaking of brought to account, former accountant Graham McCready should get a knighthood for his services to democracy. His solo-pursuit of John Banks will climax in a criminal trial, with the Crown Law office now heading the case.  So much for  cabbage boats! After all this time, it’s hard to disagree with Fran O’Sullivan: “John Banks is a political cot case. His credibility has been toast since Kim Dotcom’s all-too-plausible claim that Banks knew he had tossed a couple of big cheques his way at the 2010 mayoral election but failed to declare them.” Unlike adultery, election fraud is a crime, punishable by up to two years imprisonment. That Banks should maintain a vote in Parliament on any legislation, let alone legislation involving Sky City,  a material witness at his criminal trial, remains a scandal in and of itself.

As Banks’ star sets (finally one hopes) on the distant horizon, the sun also rises for at least two men with power on their mind. On Campbell Live, Simon Bridges shouted his way into television history. That deep sea oil explorers will soon move in alongside the whale watchers of Kaikoura seemed less important to him than making his mark and staking his claim. Oozing an almost fanatical self-confidence, Bridges fancies himself as a future PM. Over whose dead body, we shall see. And then there’s Colin Craig. Is he the answer to John Key’s coalition prayers? Conservative Christian Colin Craig? Colin ‘John Key-is-too-gay-for-Helensville’ Craig? As we have endured over the last three years, indeed over the last three weeks, stranger things have happened.

In other news, Meridian Energy sold to just 62 000 investors for a loss of over a billion dollars on a 2011 Treasury valuation. Selling any real estate in New Zealand for a billion dollars less than its 2011 valuation seems a singular achievement to be sure. One could ask (with good reason) ‘Who is managing the country’s portfolio and does he know what he’s doing?”