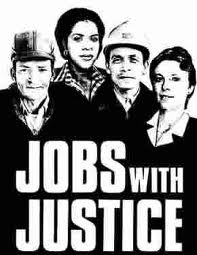 At one point a few years ago I had two friends working at the same cinema in Wellington, who would get rostered or not rostered depending entirely on the whim of this one manager.

If one of them was out of favour with the manager, for whatever reason could be conjured, he wouldn’t be rostered to work and we wouldn’t be enjoying our weekly laksa through lack of funds. And if the other were offered a last minute shift the laksa date was also out of the question.

That manager really messed with my weekly laksa! And more concerningly my friends’ ability to pay rent.
The release of the Council of Trade Unions report on insecure work — which asserts that at least 30% of Kiwi workers are in some form of insecure employment — led to me to assess the current predicaments of my various friends and family members very much in this category themselves.

I’m always blabbing on at them as I should (being a union organiser and all) that they need to join their union. But how are unions organising insecure workers? Could we be doing more to respond to this workforce that is so drastically different from the one many of our traditional organising models were based on?
While insecure work can take on many forms it generally refers to situations where workers’ hours are erratic and occasionally nonexistent. Those employed as labour hire, classified as contractors, on fixed-term agreements, new immigrants or casuals, like my friends, who are just called in when the supervisor decides.

While the CTU report gives a lot of critical recommendations, like negotiating provisions in collectives and lobbying for better laws, my concern is more with what happens when we get to the shop floor level.
I worked on a campaign earlier this year in a workplace where new immigrants were rostered on a weekly basis and found themselves unrostered when they joined the union or spoke up on issues. With laudable guts and savvy those workers took enormous risks to expose the company; months on we have transparency with the roster system.

I also could delve into innumerable unsuccessful attempts at organising insecure workers. There sure is a lot to lose. And I certainly don’t claim to have all the answers.

Members are with us for decades, the company shifts their operations to China. Those workers are now unemployed and we totally lose touch with them despite them being in the vulnerable position of being unemployed. Many members particularly in the private sector are in and out of employment all the time on fixed term and casual contracts. How do we keep workers involved when they’re not working? The answer may partly lie in supporting organising the unemployed.

Resourcing beneficiary advocacy capabilities within the movement and involving unemployed workers in wider campaigns for job security and decent employment are ways we can keep our members involved. This in turn could increase the likelihood of members being in an empowered position when they do return to work.
While these are some initial suggestions if we are to take seriously the results of the CTU report on insecure work in New Zealand then as a movement we need to investigate further the options for organising insecure workers through discussions and strategising at the grassroots level.

I’m making a call for dialogue between organisers from all unions. There are plenty of organisers out there with a ton of experience in what works and doesn’t work. Somehow we’re not sharing these learnings amongst ourselves. If we don’t address this we risk being deemed irrelevant in the eyes of the increasing number of insecure workers.