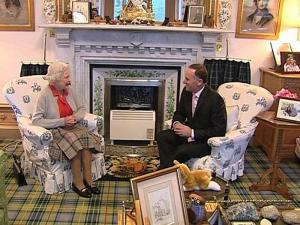 Perhaps in response to falling poll numbers or Labour’s recent media domination, National has once more seized the initiative and hit the headlines.

The PM has lead the charge, with photo-ops galore at various VIP, globe-trotting, jet-setting, high-level, top secret, international, multibilateral talk-fests. But his loyal Cabinet Ministers have also been doing their bit and have made the news.

Though none could match the close-call airborne drama of McCully’s near-death experience, other Cabinet Ministers did find themselves on more metaphoric flights to Antartica without the ability to get back or to land.

Take Education Minister Hekia Parata. For a second time, a second time, her decision to close a school has been deemed unlawful by a High Court judge. Phillipstown School in Christchurch employed counsel Mai Chen, “who last year successfully argued for a High Court judge to overturn the Government’s decision to close Salisbury School, which was deemed unlawful”. They took their to case to Court and, though only a first battle, they won. Good on them and good on Mai Chen. Hekia’s decision to close the school “had caused mass upset with the decile 1 school’s pupils, teachers, and the community.” Phillipstown was particularly angry at a perceived lack of consultation, and Justice Fogarty agreed. “While the judge was certain the Education Ministry conducted consultation “in good faith”, it had failed to meet the requirements of the Education Act.” Like the RNZAF, I’m sure the Education Ministry would like to know how it failed to meet the requirements of the Education Act.

Not to be outdone, Steven Joyce was working through his bucket list of reforms, this time in the tertiary sector, which apparently need to be ‘more effective and efficient. Associate Professor Alan Crocker, head of the school of communications at AUT University, communicated a few of his thoughts about Steven’s thoughts in the NZ Herald: “The core of the paper, which you entitle: “Why the Government is reviewing legislative settings for university governance”, only amounts to one and a half pages. The arguments are slight with an almost complete absence of evidence for the claims made”. A one and a half page report? Better than the two paragraphs recently mustered by the Department of Conservation I guess.

Crocker continued: “You argue that the current governance settings for universities are based on a representative model which you see as a negative as it “prioritises stakeholder representation over the governance skills and abilities of council members. However, you neglect to mention that this is a common and important feature in the governance of public institutions and bodies and is, of course, a cornerstone of a democratic state.” Poor Steven. All he wants is a bigger bang for his buck or some such phrase of effective efficiency and what does he get? A lecture from an Associate Professor on how stakeholder representation is the cornerstone of a democratic state. The Associate Professor concluded his remarks and graded Steven’s work: “The education sector in New Zealand has recently suffered from initiatives such as the amalgamation or closure of schools in Christchurch or the implementation of payroll software where insufficient research and consultation has resulted in poor outcomes. This is an inadequate piece of work which requires a great deal more research and thought. D-.”

National’s flagship economic platform, asset sales, also made the news, the world news in fact. According to The Japan Times headline: “State asset sales raise doubts after Mighty River reveals buyback plan” Five months to the day after the government started “a new round of contentious asset sales” with the IPO of Mighty River Power, the company announced plans to buy back $50m of its shares. The Wall Street Journal noted that the “shares have been under significant pressure since the company was listed in May.”

Unsurprisingly, the Opposition had some thoughts. “The entire float was a shambles and the Government got it wrong from the beginning.“ claimed Labour’s SOE spokesperson Clayton Cosgrove. Winston Peters called it “financial roulette”. On 3 News, Greens co-leader Metiria Turei said “John Key’s asset sales have descended from failure to farce today. Just five months after National sold these shares, promising a golden opportunity for so-called ‘mum and dad’ investors, Mighty River is buying them back at a loss for investors.” Even business journalist Rod Oram weighed in, saying “this is a classic desperate strategy of companies with excess profits, low growth opportunities and an ailing share price”

Mighty River’s chairwoman Joan Withers was unmoved. “The board’s view is that a purchase of our shares, at this time and at current market prices, provides a return above the company’s cost of capital and will be value-enhancing for our shareholders.” And goodness knows, those shares did need some value-enhancing. She also pointedly noted the buyback decision was made by the Board without political interference. Nope. Nothing political about upping the MRP share price just as Meridian goes on the block. According to Joan, it’s just business. But as Paddy Gower observed “Buy-backs like this are not unusual in the commercial world but in the political world it’s all about symbolism – and Mighty River buying back shares at a bargain basement price looks like a political failure.”

So in summary: a near-miss for Murray McCully, two strikes for Hekia Parata, a D- for Steven Joyce and symbolic failure for the Mighty River shares buy-back.