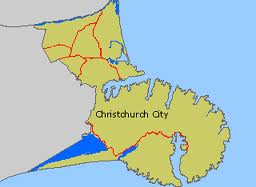 The population changes announced in the 2013 census show that, unsurprisingly, the electoral map of Christchurch will be changed significantly in the coming elections. That, along with the lack of a bump in Labour’s poll numbers in Christchurch, shows that winning back one of the traditional centres of the left’s power will not be as easy as some are assuming.
The 2011 Census was one of the forgotten casualties of the Christchurch quakes – after February 22nd, it was cancelled. When I eventually got back into my central city flat in May of 2011, I found the census forms that we had been delivered – unfilled, unreturned. The rescheduled 2013 census was one of extra importance for the city – it’s the first chance we’ve got to see the most accurate data about people shifting around as a result of the earth shifting around. While we all knew that the east was being depopulated, and that the west and the north – especially the satellite towns outside the Christchurch City Council rating base – were picking up most of the refugees. Now we stop using the word “anecdotal” immediately before every instance of “evidence” when talking about population change.
Christchurch East has been hardest hit, losing around 10,000 people – or 23% of the roll. Port Hills and Christchurch Central also lost around 10%. The big gains were in Selwyn – up 13,000, Waimakariri – up 7,000, and Wigram – up 5,000. Ilam’s population hasn’t moved significantly. This will obviously have major impacts on electoral boundaries, but the current Christchurch East by-election is being contested on existing lines, and this will make this an even tighter race.
We know that turn-out in by-elections is already low. This means that Labour will have to run a concerted campaign which gets as many people who might have forgotten or chosen not to vote at the last election out of the house. In the Ikaroa-Rawhiti by-election, 35.7% of the enrolled voters cast a vote; if that percentage voted in Christchurch East, we would be looking at around 16,500 voters. At the 2011 election, almost 29,000 people cast votes in this electorate – and 13,252 of those votes were cast for National.
Further to this, the Cunliffe-bump that Labour has seen in the polls across the country was not seen in the poll done for the Press after the leadership change. In fact, it looked quite similar to polling from the dark days earlier in the year – National on 42%, Labour on 27%. Despite this, the poll found that most people judged the Government as doing an average job on the rebuild here. Cunliffe will be keen to get down to the East to help with the campaign, and the annual conference is also being held in Christchurch in less than a month. If he continues to speak out strongly against the Government’s policies, and manages to tie that in sensitively with the situation in Christchurch, then he can expect a lift in the polls here too. A strong result for Poto Williams in the by-election, campaigning in a hard-hit electorate, would solidify the gains that have been made – and so accordingly, Christchurch should be one of DC’s top priorities for the next two months.