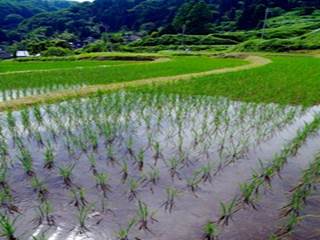 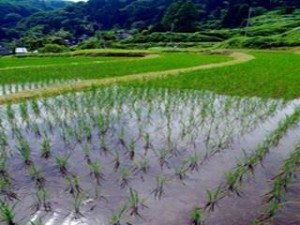 WHAT HAS THE JAPANESE COUNTRYSIDE got to do with the New Zealand countryside? Should we care that over the course of the past 20 years the amount of uncultivated Japanese farmland has doubled? Does it matter to New Zealanders that only 10 percent of Japanese farmers are under the age of 65?

In searching for the answers to these rather obscure questions, I could not help being struck by how interconnected our world has become, and how very difficult (some would say impossible) it would be to disconnect ourselves.

What’s happening in the Japanese countryside matters because the Liberal Democratic Party, Japan’s dominant political party, has been able to count on the overwhelming support of Japan’s peasant farmers ever since the United States Occupation Government forced through comprehensive land ownership reforms back in the 1940s.

Prior to these reforms the Japanese countryside had retained much of its feudal character, with land ownership concentrated in the hands of a tiny aristocratic elite. The American reforms overnight created tens of thousands of family-owned small-holdings which, like the peasant smallholdings of Europe, remained economically viable only by means of massive state subsidisation. Basically, Japanese city dwellers (the overwhelming majority of the population) paid higher prices for agricultural produce so that the “real” Japan of paddy-fields, quaint rural villages – and rock-solid Liberal Democratic Party voters – could remain unchanged.

Obviously, no post-war Liberal Democratic Government was going to put its electoral base out of business by allowing the importation of cheaper agricultural produce from the USA, Australia or New Zealand. Huge tariff barriers thus remained a constant feature of Japanese economic policy throughout the Cold War period. And if protectionism was what it took to keep the crew of their unsinkable Japanese aircraft carrier happy and prosperous, then the Anglo-Saxon powers of the Pacific rim were happy to oblige.

But the Cold War is over. The CIA no longer needs to rig elections in favour of the Liberal Democratic Party. The Soviet threat has gone, and the USA’s willingness to see its agricultural producers shut out of the Japanese market has gone with it. The pressure is on for the Japanese government to embrace trade liberalisation.

But nothing lasts forever. Accompanying the decline in Japanese agriculture there has been a corresponding decline in the electoral heft of small farmers and their families. And, as the influence of the formerly dominant protectionist, Heisei Kenkyukai, faction of the Liberal Democratic Party has dwindled, the long-ignored more-market, Seiwa Seisaku Kenkyukai, faction of the LDP has grown in significance.

Which brings us back to the New Zealand countryside.

New Zealand’s agricultural problem is the precise opposite of Japan’s. Far from farmland falling out of cultivation, New Zealand farmers are running out of farmland to cultivate. This need for more land – especially for dairying – is what is driving the National-led Government’s weakening of the Resource Management Act and has already led to the shutting-down of the Canterbury Regional Council, as well as the current furore surrounding the proposed Ruataniwha Dam. Dramatically intensified land use (once again attributable to dairying) is also responsible for the serious pollution of so many of New Zealand’s lowland waterways.

New Zealand agriculture’s long-term prospects lie in exporting not just milk powder, butter and cheese, but the superior techniques New Zealand farmers have developed for producing these commodities. If Japan’s agricultural sector is to be rationalised, who better to show that country how it should be done than the world’s most productive farmers.

But, before we can think about cashing-in on the knowledge we possess in terms of maximising agricultural production, we will first have to get the Japanese familiar with our agricultural products. That can only happen if Japan agrees to eliminate its tariffs and to guarantee the integrity of New Zealanders’ intellectual property.

Viewed from this perspective, it is easy to see why the National-led Government is so keen on the TPP and why, even though it may be more willing to press for greater transparency in the negotiating process than its National rival, Labour likes it too.

Not only does the TPP hold out the possibility of New Zealand adding much greater value to its agricultural exports – to the point where our export income is derived increasingly from the “how” of agricultural production rather than the production itself – but also, by reducing the pressures on land and water use in our own countryside, the TPP offers New Zealand’s beleaguered natural environment a much needed respite.

Those who oppose the TPP have been eloquent in enumerating the many disadvantages of New Zealand signing up. There is, however, much to be gained from this country’s exports gaining access to the huge markets that hitherto have been closed to them.

The situation in the Japanese countryside offers extraordinary possibilities to New Zealand’s agricultural sector. Prime Minister Abe is about to do to rural Japan what Roger Douglas did to rural New Zealand in the 1980s. If New Zealand fails to seize the opportunities such a dramatic shift in Japanese agricultural policy offers, then some other country will step in to reap the benefits.

Those on the Left who decry free trade agreements like the TPP should remember that before wealth can be redistributed, it must first be created.