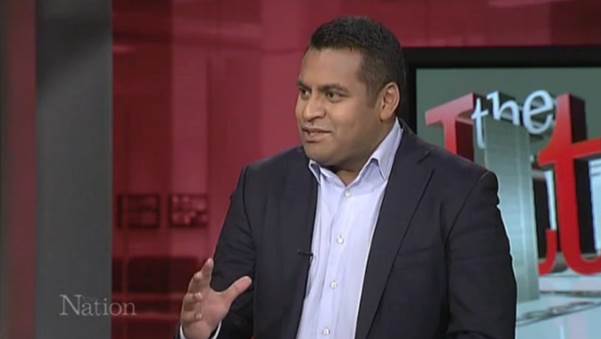 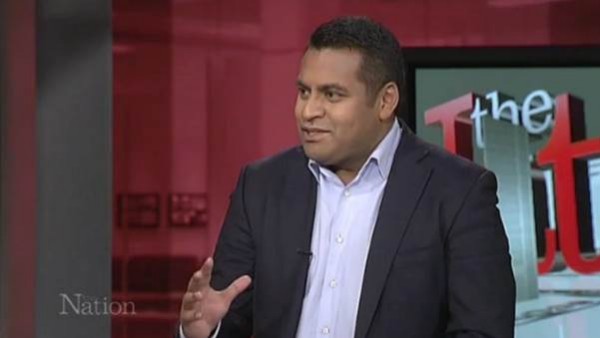 I WATCHED KRIS FAAFOI’S performance on The Nation last Sunday with mounting concern. It wasn’t that Kris was saying anything that other Labour spokespersons for (and Ministers of !) Broadcasting haven’t said many times before, it was simply that, once again, a Labour MP was demonstrating how poorly his party comprehended broadcasting’s importance to an effective Labour government.

Why is broadcasting so important? Because social-democracy – as its name suggests – is about extending the reach of citizens’ power beyond mere participation in the formal rituals of voting, and into those parts of our daily existence where the writ of formal equality does not run. First and foremost, that means the workplace, but it also includes “the public square” where opinions are formed and tested, and where policies first acquire the imprimatur of popular support.

Over more than two centuries, the functions of the (formerly quite literal) public square have migrated: firstly, to the output of the rotary press; and then, from the 1920s, to the airwaves carrying radio broadcasts; and finally, from 1960 in New Zealand, to television.

Since 1992, the duopoly of influence over the public square which the print and electronic media enjoyed has been challenged by the Internet. Nevertheless, it remains the case that, for the overwhelming majority of citizens, the news of the day still arrives via a newspaper, the radio and/or television. Even the news carried on the Internet is (mostly) still drawn from “traditional” media sources.

When the First Labour Government was elected in 1935 one of the incoming Prime Minister’s, Mickey Savage’s, first moves was to place the airwaves under public control and arrange for Parliament to be broadcast, live, to the nation. Savage was fortunate to have as his adviser the famous “Uncle Scrim” – Colin Scrimgeour – a radical Methodist cleric whose “Friendly Road” programme was so influential that the “National” government actually went so far as to jam his 1935 election-eve broadcast.

Scrimgeour understood the power of radio to circumvent the private sector’s near monopoly over the printed word. Public radio could ensure that the formation and testing of opinion, and the assessment of public policy, were no longer the prerogative of those with sufficient capital to own and run a rotary press. Progressive ideas, hitherto the targets of capitalist censorship, could now be given a hearing.

With radio firmly in public hands, the First Labour Government was even able to leverage the rapidly rising demand for detailed information about forthcoming programmes into the creation of The Listener. With a guaranteed readership in the tens of thousands, this state-owned weekly magazine was able to act as the proving ground for New Zealand’s most influential writers, poets, artists and critics. Through the 1960s, 70s, 80s and 90s, Listener editors steadily expanded the magazine’s purview to include some of the best political reporting and social commentary then available in New Zealand.

It is a sad fact that the mere suggestion of a future Labour government launching another high-quality, outspoken and publicly-owned weekly magazine is enough to give your average Labour MP heart palpitations! And, regrettably, any suggestion that Labour promise to reassemble a large, publicly-funded, radio and television platform under the control of a statutorily independent but government appointed board, is likely to produce a very similar response.

The conventional wisdom is that such an organisation simply could not be established “in the current climate”.

That the weather conditions are, apparently, perfectly suited to the creation of a vast, privately-owned, highly-profitable, subscriber-based, digital television platform called “Sky”, which is rapidly consolidating a near monopoly over broadcasting rights to the world’s best television content, does not seem to bother the conventionally wise in the slightest.

A truly radical Labour Minister of Broadcasting would announce the wholesale nationalisation of Sky TV.

The cost of an average annual subscription to the new state-owned enterprise would be reduced from its current $1,000, to a much more reasonable $300 (that’s just $25.00 per month, $6.25 per week or 90 cents a day!) and the rest of the country joined up free-of-charge.

Radio NZ and TVNZ would be merged into the new corporation and the funding currently allotted to NZ on Air would be redirected in its entirety to the new body, which would immediately take over the role of prime commissioner of local radio and television production.

The right to broadcast “nationally significant” sporting events, along with the Olympic and Commonwealth Games, would be exclusive to the new state broadcaster.

A New Zealand-based, 24-hour, news and current affairs channel would be funded out of the advertising revenue derived from the most popular entertainment channels. New NZ-based documentary and drama channels would, similarly, be advertising free.

If that radical Labour Minister of Broadcasting was of a nostalgic disposition, he or she might call the new entity the New Zealand Broadcasting Corporation – an excellent logo is already on file.

The neoliberal architects of the present structures of radio and television broadcasting would, of course, scream blue-bloody-murder at what they would undoubtedly call a “sinister state takeover” of the news media. Our radical Labour Minister of Broadcasting would not be daunted.

“Where were these same staunch defenders of an independent NZ media scene when Maurice Williamson oversaw the most radical deregulation of a national media industry implemented anywhere in the world?” He or she would demand to know. “Where were these magnificent democrats when it was made possible for a foreign media mogul to acquire not just an entire chain of newspapers, but also, if he was of a mind, an entire network of radio stations and television networks? Did we hear these passionate voices raised” he or she would ask, “when one by one every independent, Kiwi-owned publication – including the now privatised Listener – was acquired by foreign media corporations? And did any of them cry out in righteous anger when TVNZ was stripped of its obligations to inform and educate and reduced to producing entertainment in which stupidity and cruelty constantly vied for the upper hand? Where was their rage when the state broadcaster was slowly and deliberately transformed into a braying ass? Nowhere!”

Our radical Labour Minister of Broadcasting would then assure the New Zealand public that under the legislation setting up the new NZBC the editorial independence of its producers and journalists would be absolutely guaranteed and protected. Any attempt by the Executive Branch of Government to interfere in the operational affairs of the corporation would be a criminal offence.

What’s more, he or she would say, the Labour Government would be introducing a new media law ensuring that any private broadcasting or publishing company must be run by, and 51 percent of its shares must be held by, New Zealand-born citizens.

If he or she was of an historical bent, and fond of quoting the great champions of liberty and democracy from the past, the following quotation from Thomas Jefferson might find its way into the parliamentary address introducing the most radical reform of the New Zealand media scene in more than twenty years:

“The basis of our government being the opinion of the people, the very first object should be to keep that right; and were it left to me to decide whether we should have a government without newspapers, or newspapers without a government, I should not hesitate a moment to prefer the latter.”

Saving only that a significant quantity of those newspapers – and radio stations and television networks – must be collectively owned by the people themselves.