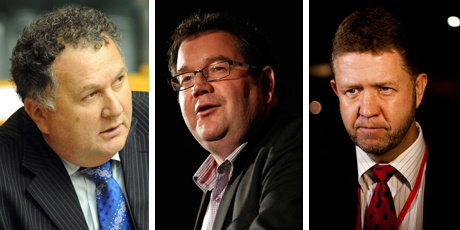 If the coven cut a deal to once again elect an experiment rather than the publics favorite champion, then they pay the electoral consequences of the Greens being 20% in 2014.

My real fear now is that the resentment towards Cunliffe will produce the most startling of consequences. Team Robertson won’t put Cunliffe down as their second preference, but if Robertson’s vote collapses and Jones comes second in the run offs, the preferences would accidentally give the leadership to Jones.

Beltway Labour has to take a long hard look at itself and the law of unintended consequences.