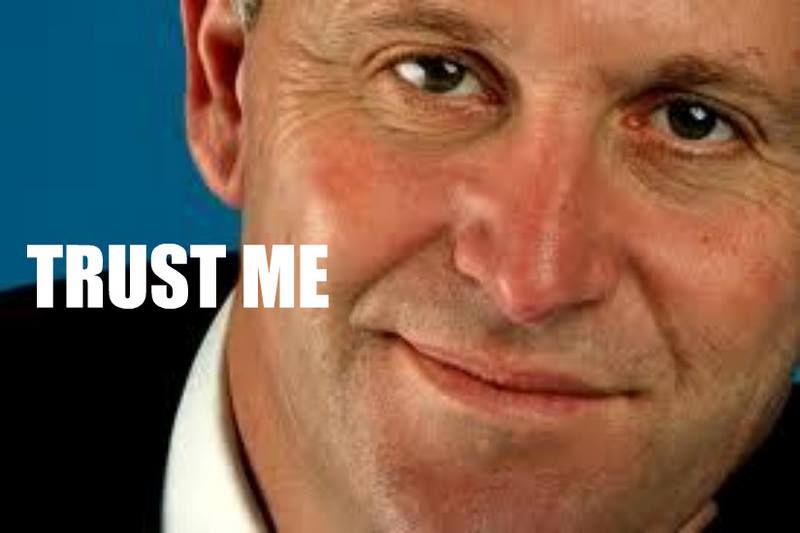 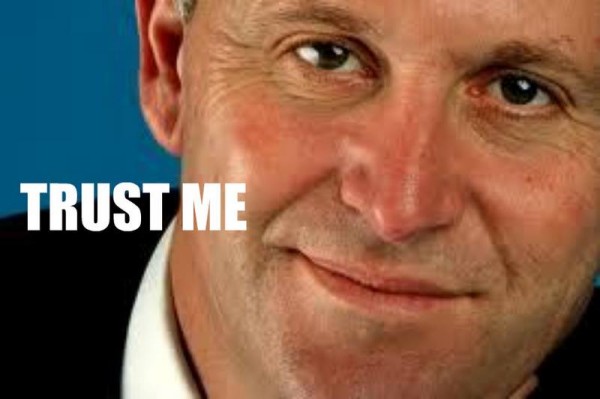 Monday’s overflow public meeting at the Town Hall was a resounding response to the arrogance of the Prime Minister who has tried to ignore and then disengage from serious public discussion of the GCSB Bill and the TICS (Telecommunications Interception Capability and Security) Bill.

Key’s efforts have failed because New Zealanders do care about their privacy and the threat of this country becoming a surveillance state.

None of us involved in organising the meeting could remember the last time the Auckland Town Hall was filled to capacity for a public meeting to discuss a political issue at the heart of our democracy. And then there were the more than 14,000 watching on-line around the country…

I’m not one for following polls but it’s worth noting that a new poll out yesterday puts Key’s government down 7% to 44% from July and the Labour/Greens grouping rising to 48% at the height of public concern about the GCSB Bill. Whether this follows through in other polls or not, it’s clear people are much more concerned about their privacy and the extension of state power over their lives than the PM thinks.

Smug arrogance is never a nice look and this seems the reason Key is taking this big popularity hit.

We, the organisers of the meeting, were delighted with the big enthusiastic crowd – the energy and excitement of real political engagement.

However the meeting was short of time and one thing missing was the chance to read from a selection of letters from prominent New Zealanders sent to the Prime Minister in the last few days urging him to stop the GCSB Bill.

Here are a few of them along with a couple of recent letters to the editor: (There’s still time for the PM to get off his high horse and take notice)

I must express my deep concern about the GCSB Bill which will to legalise (and retrospectively too) NZ government agencies spying on New Zealand citizens with minimal accountability and legal checks and balances.  I endorse the submissions of the NZ Law Society and the eminent New Zealanders who firmly oppose this Bill.

This is an urgent appeal to you as Prime Minister not to proceed with the GCSB Bill knowing that it contains, in the view of many legal and human rights experts, quite unnecessary infringements of human rights and civil liberties of New Zealand citizens. This is not the sort of Bill that should pass into law by a 1 vote majority in the House of Representatives.

I write this message as a professor of law but in my personal capacity.

I write to join many other concerned citizens to express my opposition to the GCSB Bill currently before Parliament.  It is unacceptable that a security and spy agency that largely operates in secret should be granted further powers to spy on ordinary citizens without any legal safeguards other than your non-legally binding assurance that you will not abuse the powers you are claiming for yourself.

I join many New Zealanders in opposing the GCSB bill. This bill undermines democratic liberties, the right to privacy, and trust. It would make us more like the spy states such as the previous East Germany that we rightly deplore.  These dangers are exacerbated by passing surveillance and other information wholesale to the US and other allies, undermining our independence and ability to conduct our own foreign policy – how can we independently negotiate our own international future in a changing world and our relationships in Asia if the countries we deal with know that PRISM and other programs are privy to all we do and say?  Protection of our democratic freedoms and our independence as a state must surely be paramount.

Thank you for considering my views – which are widely shared.

I am concerned about the potential of GCSB to restrict privacy and freedom of New Zealanders from undue national and international interference. I urge you to listen to the expert advice from learned people and not proceed with this bill. The national government under your watch has passed a raft of poorly constructed and badly intentioned legislation which has privileged business interests above the social and democratic interests of all New Zealanders. Please do not add to that record by going ahead with this unpopular and unjustified legislation.

The difficulty with interception, whether of messages such as email or texts or even the records of communications, is that the interceptor or recorder cannot know at the time whether a New Zealander is involved. How can the interceptor know beforehand who will be speaking on the phone or sending or receiving a text and always know their citizenship or permanent residence status?

That has always been the problem with the 2003 Act now called “ Helen Clark’s Bill” but enthusiastically voted for by all parties except the Greens.

Fiddling with warrants is not going to solve that problem every time.

What people want is some confidence in those involved in the day to day running of the interceptions. It was a good start to appoint a CEO from outside the intelligence/security community which does rather want to please its overseas counterparts.

As the Inspector General will in future not necessarily be a retired judge I propose that a panel consisting of the Auditor General, the Chief Ombudsman and the Privacy Commissioner choose and recommend the best candidate. The Inspector General should be part of a team of three (also selected in the same way) who will report not just on the legality of actions but the suitability of the policies and practices of the GCSB to the Minister and, if they think it necessary, to the Intelligence Committee.

That committee unlike any parliamentary select committee is chaired by a busy Prime Minister and includes a busy Leader of the Opposition and usually other busy leaders as the bulk of its members. It has no prospect of itself keeping an eye on what is actually going on.

I realise that successive Prime Ministers seem to have enjoyed the insider’s view of the security services but confidence requires some outsiders of repute to ask the right questions and give us some trust that the secret practices, procedures and technology do not lead to unfortunate results for those of us whose information is collected and surreptitiously used to judge us.

I am writing to record my grave concerns about the GCSB Bill.

Very significant questions remain about many aspects of its extended powers and their impact on New Zealand citizens and residents. Regrettably the Bill does little to provide rigorous external monitoring or transparent accountability in relation to the actions of the GCSB. Both are essential to prevent abuses of power by any agency of the State and especially those that must operate largely outside of the public view.

New Zealanders, in my experience, are capable of contributing constructively on complex questions about the sort of society we want for ourselves, our children and our grandchildren. That includes grappling with the issues of security, privacy, and the use of new technologies. Rather than rushing this legislation through, providing more time for a well-informed, nationwide discussion would ultimately strengthen our democracy and our security.

May I respectfully request that your Government not proceed with the GCSB Bill.

Many prominent national organisations,and NZ eminent leaders,have expressed grave reservations about this Bill. Surely that should cause your Government to pause.

In urgent cases, sufficient powers exist under current legislation to move quickly to place people and their communications under watch when there are reasonable ground to suspect them of crime. These powers are subject to proper judicial scrutiny and due process, without letting the cat out of the bag.

Please listen to the widespread expressions of dismay in our community concerning unnecessary extension of such powers.

In assessing the Prime Minister’s performance on Campbell Live, rather than admiring the style, it is important to weigh what was said.  He assured New Zealanders that if the GCSB bill is passed, they will not be subject to wholesale spying.

In the bill, however, it says that the Director may apply in writing for an interception warrant or an access authorisation, and the scope of these permissions is sweeping.

In the case of warrants, the communications that are intercepted may be “made or received by 1 or more persons or classes of persons” – all teachers, or nurses, or trade unionists, perhaps, plus all the people with whom they communicate?

If XKeyscore is used, with its capacity for 3-hop analyses, a warrant for an individual (let alone a class of person) gives access to the communications of tens of thousands of people.  If the Guardian is to be believed, New Zealanders are already subject to surveillance under this system.

Contrary to the Prime Minister’s assurances, it seems that the GCSB bill does make wholesale spying on New Zealanders legally possible.  This further undermines trust in the oversight of our intelligence system.

The Prime Minister has added that in the first instance, he would not allow the GCSB to access the content of the communications that are intercepted.  Are we supposed to be grateful?  Metadata can still be analysed. For such assurances to be relied on, they must be written into law.

More than ever, I think that a thorough and independent review of the intelligence agencies, and those who authorise the surveillance of New Zealanders is needed before any new legislation is drafted.  Our democratic rights are at risk, and must be defended.

New Zealander of the Year