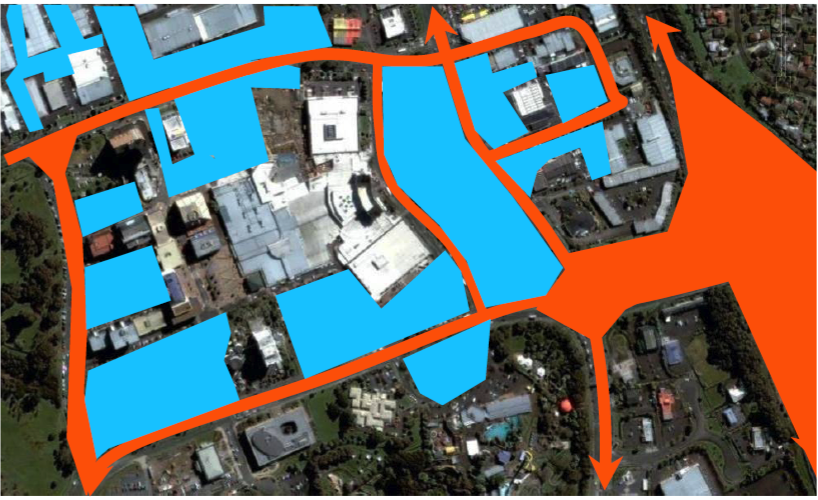 Housing affordability has been a topical issue, as double digit house price inflation has been threatening to lock out first home buyers.

The Government has indicated one of its plans to improve housing affordability is to free more land for development, especially on the fringes of the urban area.  While development on the fringe fetches lower prices, it also is directly related to higher transport and infrastructure costs (both public and private). The overall costs vastly outweigh the benefits.

To put it simply: there’s no gain in reducing people’s mortgage costs in the short term, if you are also doubling or tripling their transport costs, and subsidising the development with higher rates for everyone else.

I have to admit, there are some bad local government planning regulations, and they have a negative impact on our economy. But not the way pro-sprawl advocates and the Government insist.

For decades, planning rules have imposed huge costs on developers, making it economically impossible to provide more dwellings in the inner suburbs.

Minimum parking requirements force developers (anywhere outside the CBD) to set aside huge amounts of land for car parks. It’s led to a massive oversupply of parking, and most people assume that the value of a car park is zero, because they are not accustomed to having to pay to use one.

The real value of land tied up in local government mandated ‘free’ parking in New Zealand is estimated at over $10 billion annually. These costs are passed on to us, of course, through higher rents, and higher prices for goods and services. Because we rarely pay directly for parking, we all collectively pay much more for it. And “free parking” and car oriented development, forced on us by traffic engineers and council planners (who meant well), has resulted in worse peak hour congestion, by 1) massively subsidising single occupant vehicle trips, and 2) making it nearly impossible to get around in a more cost effective way.

Cars take up a lot of land. So much more than we realise. Car parking is the single biggest land use in most urban areas (usually 25-30%), and because the regulations require each land use to provide for its own peak demand, at any given time 3-4 car parks are empty for each one that is being used.

Research overseas shows that parking requirements can significantly increase the cost of development of affordable homes (in the order of 25%), such as apartments and townhouses. They can also stymie the development of smaller dwellings altogether.

Minimum parking requirements also contribute to car-dependency, which disproportionately affects those on low incomes, as forced car ownership takes up a larger share of their incomes, and older, less fuel efficient cars are increasingly expensive to run.

Reforming how we manage parking is a huge opportunity because we can free up urban land that is not being used productively, at low or no cost, without reducing the availability of car parks to those who are currently driving.

The places where land has become the least affordable is in the inner suburbs, because people value a short commute and decent amenity. There is a lot of land close to town that is currently tied up in mostly empty car parks and low density industrial development, because the city plans don’t allow it to be used for anything else. (Think Great North Road.)

By allowing the number of dwellings and businesses in urban areas to increase, at lower cost, we will also support the more frequent and convenient passenger transport, and more opportunities to walk and cycle safely short distances.

So, to recap, removing bad planning regulations can reduce land development costs in the urban areas that are the most desirable (reflected in their high land costs), we can reduce transport subsidies, as well as transport costs to average Kiwis.

Of course, increasing the supply of dwellings in and of itself is not guaranteed to deliver affordable housing. The Greens have long championed other important demand side measures (recently adopted by the Labour Party) to curb speculation – like a capital gains tax, restricting property ownership to residents and citizens, and increasing loan to value ratios (LTV). We also have our Home for Life plan.

A public urban development agency may be necessary to lead smart, green development that also has a minimum portion of affordable housing, supported by great walking, cycling and affordable public transport.