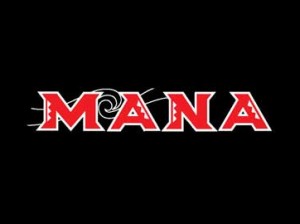 Hone Harawira:
“MANA is calling for New Zealand to withdraw from the so-called “five eyes” international spy network because it compromises our independence and integrity”, says Hone Harawira, Leader of MANA and MP for Te Tai Tokerau.

New Zealand joined the “five eyes” network after the Second World War when the government of the day signed the secret UKUSA agreement along with the UK, USA, Canada and Australia.

“It’s been clear from the 1980s that this network and the New Zealand component – the GCSB (Government Communications Security Bureau) – are working in the interests of the US rather than our own people.

“It’s clear from both independent research and “whistleblowing”, the latest of which has been done by former US analyst Edward Snowden.  We can’t be an honest broker internationally if we’re hitched to US foreign policy through the five-eyes network.

“US interests and interference was also clear in January 2003 when an email from the US National Security Agency was leaked by UK whistleblower Katharine Gun. The email requested the five eyes to spy on members of the UN security council – and on Angola, Cameroon, Chile, Bulgaria, and Guinea in particular – in an attempt to get leverage to pressure those countries to support a UN Security Council resolution to invade Iraq.

“While the New Zealand government was opposing the invasion, the five eyes network was working to support it.

“Now New Zealand wants a seat of the UN Security Council and our case will inevitably be tainted by our association with US foreign policy strategies operating through the GCSB.

“In recent years the National government has pushed New Zealand further into the US corner and further from the independence which would give us greater assurance and credibility in the world.

“At home we already have the SIS (Security Intelligence Service) and the Police with the power to spy on New Zealanders. We don’t need another agency to reduce our privacy further on behalf of US interests.

“It’s time we left the five-eyes and took our international responsibilities seriously as well as making a greater commitment to the privacy of New Zealanders” concluded Mr Harawira.